Mesothelioma patients in Newport are within driving distance of several highly acclaimed cancer centers and treatment programs, including the International Mesothelioma Program (IMP) at Brigham and Women’s Hospital in Boston.

Each case of mesothelioma is different, so it is important for patients to choose the right cancer center to support their individual needs. For local treatment, a short drive to the Lifespan Cancer Institute in Providence may save time and travel. Patients may also choose to travel farther for treatment. The IMP at Brigham and Women’s Hospital specializes in mesothelioma. There may also be mesothelioma clinical trials offered by one of the many cancer centers in Rhode Island, Massachusetts, Connecticut and other neighboring states. 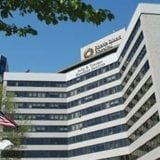 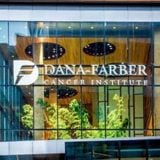 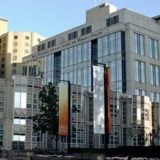 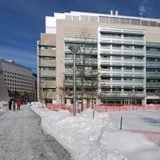 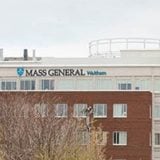 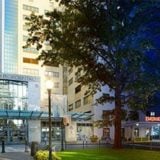 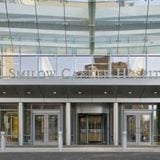 Chief of the Division of Thoracic Surgery and Director of the International Mesothelioma...
Boston, MA
Bio

Mesothelioma victims who live in or were exposed to asbestos in Newport may be eligible for compensation for their illnesses. A lawyer experienced in Rhode Island asbestos law can help victims understand their rights and options for filing a lawsuit or claim.

Newport residents and workers may benefit from filing an asbestos case in Rhode Island. This is because the state has a special docket dedicated solely to asbestos personal injury cases. Each asbestos case filed in Rhode Island will be given special attention and is generally heard more quickly than in many other jurisdictions. These cases are frequently conferenced with the Honorable Alice B. Gibney, the presiding justice at the Rhode Island Superior Court.

If you were exposed to asbestos in Rhode Island at a commercial, residential or military site and have been diagnosed with mesothelioma, you may be entitled to compensation. If you or a loved one have been diagnosed with mesothelioma and either live in Newport or were previously exposed to asbestos in Newport, you will have the option to file your case in Rhode Island.

Finding a Lawyer or Law Firm in Newport, Rhode Island

The mesothelioma lawyers at these firms have experience with the Rhode Island asbestos docket and understand state laws. They can help ensure their clients will maximize their compensation from viable defendants through a lawsuit. These firms will also file all qualifying claims with bankruptcy trusts.

Each state has its own set of timelines for filing personal injury and wrongful death lawsuits based on when the injury or death occurred. These timelines are known as statutes of limitations. It is important to speak with a mesothelioma lawyer familiar with Rhode Island law to understand which statutes are applicable to mesothelioma victims who live or worked in Newport.

Statutes of Limitations for Newport

Once the statutes of limitations have expired, neither the injured party nor their family will be able to file a lawsuit in Rhode Island. To preserve their right to file, mesothelioma victims should retain counsel as soon as possible.

However, if the deadlines have passed, there may be other states in which to file a particular case. Asbestos victims may also be eligible to file an asbestos trust fund claim. Additionally, if the patient was a veteran, they may be eligible to file for VA benefits. This can all be discussed with an experienced attorney.

Examples of clients served in the greater Newport area include:

04. Asbestos Use in Newport

Asbestos Use in Newport, Rhode Island

Many buildings and jobsites in Newport used asbestos, including shipyards and military bases. As a coastal city, Newport naturally has a strong maritime influence and a long naval history. Newport’s many docks and wharves are also home to fishermen and recreational boaters, as well as sailors.

Recreational, commercial and military vessels constructed before the 1980s contained large quantities of asbestos. Men and women who served aboard naval ships, and who built or repaired their components, were exposed to asbestos on a regular basis. Navy veterans, civilian shipyard workers and tradesmen were exposed to asbestos while carrying out their duties at Naval Station Newport.

Naval Station Newport has a long history dating back to the Civil War, when it was first established in 1861. The station became a training center for sailors during World War I. During this time, asbestos was used frequently in military ships, barracks and equipment.

The station’s training role expanded in World War II, housing more than 500,000 sailors in the barracks at Coddington Point. The station is still active today and currently houses the United States Naval War College and the Naval Undersea Warfare Center.

There was training for sailors of all disciplines and specialties at the station, including tradesmen such as pipefitters, boiler tenders and machinists. All of these individuals risked exposure to asbestos in ships and vessel components daily as part of their training.

In the 1950s, two piers were built at Coddington Point to accommodate large Navy ships. In 1962, Naval Station Newport became home to the U.S. Atlantic Fleet Cruiser-Destroyer Force. Until the 1970s when the fleet was moved to Norfolk, Virginia, more than 40 Navy destroyers and their crews called Newport home.

While stationed in Newport, these sailors and tradesmen may have been exposed to asbestos. Exposure may have occurred when sailors and tradesmen made repairs to power generation equipment and other asbestos-containing components on ships. Former Naval Station Newport workers and sailors have successfully won compensation for their mesothelioma diagnoses.