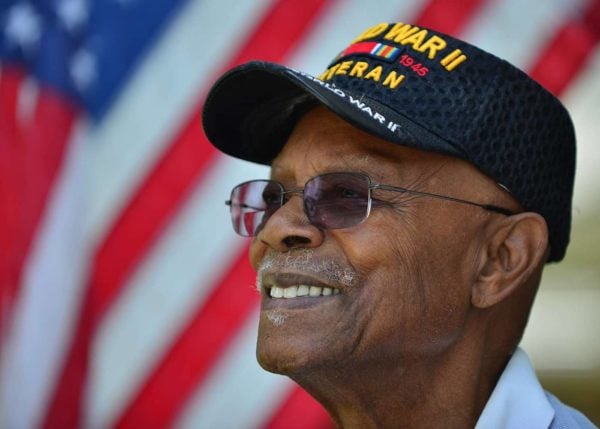 Benefits for Army Veterans With Mesothelioma

Army veterans diagnosed with mesothelioma or another asbestos-related disease due to military service may be entitled to benefits. The U.S. Department of Veterans Affairs (VA) offers compensation, healthcare options and other benefits to veterans of all military branches.

The United States Army used asbestos until the 1980s. However, asbestos can still be found on Army bases and in equipment today.

Due to the wide use of the carcinogen, the VA has benefits to help veterans who develop diseases from military asbestos exposure.

Once a claim is filed, the VA will review the case and offer compensation based on set disability standards. Army veterans diagnosed with mesothelioma or asbestos lung cancer due to service-related exposure are considered 100% disabled by the VA. This results in maximum disability compensation. Other asbestos-related illnesses, such as asbestosis, may result in less financial compensation.

Family members of Army veterans may also be eligible for certain benefits from the VA. Dependents of an Army veteran who passed away due to a military-related asbestos disease may receive dependency and indemnity compensation (DIC). This is monthly compensation paid to the surviving spouse, child or parent of the Army veteran.

According to 2021 DIC rates, if an Army veteran died from military-related mesothelioma, their surviving spouse may receive $1,357.56 or more in monthly compensation.

Other Benefits for Army Veterans

In addition to the financial benefits offered to Army veterans, the VA also offers healthcare benefits.

Army veterans with an asbestos-related disease may receive treatment at VA medical centers. Because of the widespread use of asbestos across military branches in the 20th century, these facilities often have doctors specialized in treating mesothelioma.

One of the newest additions to the VA benefits offered to Army veterans is the Veterans Community Care Program (VCCP). This program is an enhanced version of the former Veterans Choice Program.

02. Asbestos in the Army

Asbestos Exposure in the Army

The Army relied on asbestos for many reasons. Most commonly, the U.S. Army used asbestos in structures and equipment for its durability and fireproofing.

Asbestos-containing materials were also inexpensive and easily accessible. The perceived benefits led to asbestos use across all branches of the U.S. military through the 1970s.

Asbestos is technically safe when intact and left undisturbed. However, many of these asbestos products wear down easily from daily use and/or old age. This put soldiers and Army veterans at risk of exposure.

Asbestos can be found in many buildings constructed before 1980, including throughout military bases.

The mineral was used most often for insulation purposes, but can also be found in:

According to the U.S. Environmental Protection Agency (EPA), 20 Army Reserve Centers across the country still had asbestos-containing materials on-site in 2005.

Army veterans are also at risk of exposure from military equipment. For instance, Army vehicles used asbestos to prevent fires in high-heat areas.

Automotive parts that experienced high temperatures were often made with asbestos. The Army used these parts in their vehicles. Army combat and transport vehicles and tank transporters all may contain asbestos parts. Common asbestos-containing automotive parts include:

Army soldiers and mechanics assigned to maintaining and repairing vehicles were at risk of asbestos exposure. When performing maintenance work on the vehicles, fibers could become airborne. This posed a risk for individuals on base and in combat.

Army Jobs With a High Risk of Asbestos Exposure

Active-duty soldiers, construction workers, maintenance staff and mechanics were frequently exposed to asbestos. Other civilian workers and families may have also been exposed to asbestos. If loved ones lived on base, or a soldier returned home with the clothing he or she wore on base, asbestos fibers may be transferred and inhaled. Family members exposed in this way experienced secondary asbestos exposure.

According to a 2020 Department of Defense (DoD) report, there are 10,559 Government-Owned and Government-Controlled Military Family Housing Units (GO-GC) for the Army. This total includes homes in the United States and across the globe. Family members of veterans may have been exposed to asbestos when living in these homes.

Source: Evaluation of the DoD’s Management of Health and Safety Hazards in Government-Owned and Government-Controlled Military Family Housing, 2020

According to the EPA, no level of asbestos exposure is safe. However, asbestos is most hazardous when friable and airborne.

Wearing of machinery and buildings on Army bases, Army Reserve Centers and in equipment during combat can lead to airborne asbestos, which is easily inhaled or ingested.

Malignant mesothelioma is caused by asbestos exposure and occurs when asbestos fibers are ingested or inhaled. Once in the body, the fibers may embed in the lining of the lungs, abdomen or heart.

Due to the military’s heavy use of asbestos throughout all branches in the 20th century, about one-third of mesothelioma diagnoses are veterans.

Mesothelioma has a latency period of 10 – 50 years. Meaning, Army veterans often are not diagnosed until years after their service-related asbestos exposure.

Although the military has made efforts to protect active-duty soldiers from asbestos exposure, thousands of Army veterans have already been exposed to the carcinogen.

Questions About Army Veterans and Mesothelioma?

Ask a question and Jennifer will respond to you promptly.

Army veterans diagnosed with mesothelioma or another asbestos-related disease are eligible for treatment at a VA medical center. The VA has treatment centers across the United States, many of which are experienced in treating asbestos-related conditions.

In addition to treatment within the VA healthcare system, Army veterans may choose to receive care at specialized mesothelioma hospitals.

Find Mesothelioma Cancer Centers Near You

The Army Public Health Center has worked to develop regulations to protect soldiers and other workers from asbestos exposure.

The Army implemented the Installation Asbestos Management Program in the late 1990s. The program was an effort to protect soldiers from asbestos exposure.

The program requires Army facilities in the United States and overseas to:

As a result of this program, some bases were required to perform asbestos abatement. Safer alternatives to replace the hazardous mineral were also recommended as part of the program.

Each Army installation has a set team running an asbestos protection program. Duties of this team include:

The Army has programs in place to mitigate asbestos risk for personnel. However, a Department of Defense (DoD) report detailed environmental health risks at Army installations.

An April 2020 Department of Defense report noted the United States Army Garrison Wiesbaden in Germany did not notify Army housing residents of asbestos-containing materials in their homes.

An Army spokesperson said all Army policies would be updated to align with the DoD health and safety hazard management policies within three months of DoD policy publication.

The issues found across military housing by the DoD highlight the asbestos hazards within the armed forces. There continues to be asbestos exposure risks among Army personnel.

Veterans exposed to asbestos through their service with the United States Army can hold the negligent parties responsible and receive compensation. Army veterans working with VA-accredited lawyers at experienced mesothelioma law firms can rest easy knowing their mesothelioma claim is being handled by professionals.