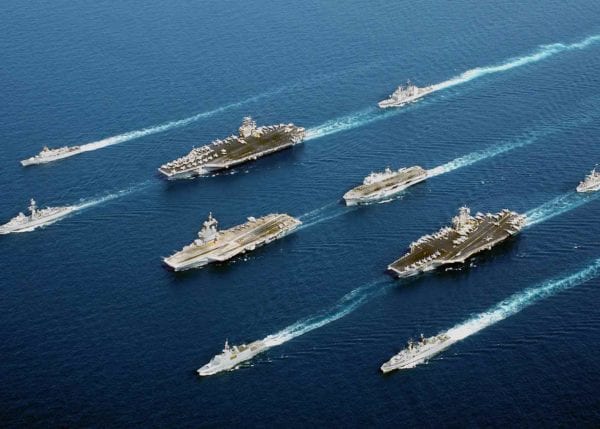 01. Asbestos Use on Ships

How Was Asbestos Used on Ships?

Asbestos could be found almost anywhere on military and commercial ships. The mineral was heavily used for decades from the 1900s until the late 1970s. Although ships and naval vessels had different functions, they all needed to withstand fire and extreme heat. Asbestos was an affordable option that added strength, durability and fire resistance to the ships.

As such, shipbuilders used a variety of asbestos products in ship construction and maintenance.

Although many products on ships contained asbestos, the mineral was most heavily used in the boiler and engine rooms and for insulation purposes.

For instance, boilers produce high temperatures and steam. As such, asbestos insulation was often used to line the interior of the equipment. Most boiler insulation on ships contained about 15% asbestos. Other asbestos components, such as gaskets, were also often used in boilers to further improve fireproofing and durability.

Any repairs or maintenance on asbestos materials could cause dangerous fibers to become airborne. Because ships had tight quarters and poor ventilation, this could put anyone onboard at risk of asbestos exposure.

Asbestos Use on Ships Today

Although asbestos use on ships was largely discontinued by the late 1970s, asbestos materials may remain on older ships today. While some ships have been decommissioned or sunk, others are still in use for military service or as historical sites.

Many types of ships used asbestos, ranging from aircraft carriers to submarines. As a result, hundreds of ships used commercially and by the military contained the mineral. This put thousands of crew members, shipyard workers, veterans and passengers at risk of exposure.

Aircraft carriers are warships used to transport aircraft. Aircraft carriers were first built in 1922 and became more prominent during war times. These Navy vessels were in World War II, the Vietnam War, Korean War and Cold War. During these wars, asbestos was a popular component in shipbuilding, putting those who served on or maintained aircraft carriers at risk of exposure.

Amphibious warships are designed to land ground force cargo and support U.S. Marines on land. The Navy largely commissioned these ships during the 1940s, a time when asbestos use was prominent. Amphibious warships, such as the USS Constellation, were built with many asbestos products. This posed a health risk to crew members and veterans.

Auxiliary vessels play an important role in the U.S. Navy. These ships support combat vessels on missions by supplying fuel, ammunition, supplies and more. They have been a critical part of the Navy for more than 100 years. However, auxiliary ships used asbestos just like many other Navy ships. Asbestos was used during ship construction and in various components, which put sailors at risk for exposure.

Navy battleships were versatile during wartime. Construction of the popular ships started in the early 1900s. As a result, many battleships were built with asbestos-containing products to protect them from extreme heat and fire. Battleships could carry several thousand passengers at a time, putting tens of thousands of people at risk of asbestos exposure.

Learn More About Battleships and Asbestos

Cruisers are large combat ships that served during World War I, World War II, the Korean War, Vietnam War and Cold War. More than 140 Navy cruisers were constructed and repaired with asbestos-containing products. Navy veterans aboard cruisers were at great risk of asbestos exposure, especially those serving in the engine and boiler rooms.

Learn More About Cruisers and Asbestos

Navy destroyers are fast warships first commissioned in the early 1900s. Destroyers were built and repaired using asbestos in boilers, pumps and other equipment. With more than 300 active destroyers during World War II alone, thousands of veterans potentially faced exposure aboard these ships.

Learn More About Destroyers and Asbestos

Destroyer escorts were primarily used to support the Merchant Marines during World War II. The United States built more than 450 destroyer escorts to support these efforts. Many of these ships contained asbestos products. As a result, thousands of people faced exposure and the risk of developing mesothelioma.

Learn More About Frigates and Asbestos

The Merchant Marines served as an auxiliary branch of the military. At one point, there were more than 1,000 Merchant Marine ships in its fleet. Asbestos was frequently used in the ships’ construction. Although many of these ships are no longer active, Merchant Mariners are still at risk of mesothelioma cancer from past exposure.

Minesweepers were responsible for clearing an open area of mines so larger naval warships could pass through safely. During World War II alone, shipbuilders constructed more than 350 minesweepers. Those who served aboard these ships may have been exposed to asbestos.

Learn More About Minesweepers and Asbestos

Submarines served in many wartime efforts. During World War II, there were at least 280 submarines in active service. Those who worked or served on submarines spent much of their time in confined areas with poor ventilation. As a result, they may have been frequently exposed to high levels of harmful asbestos, leaving many at risk of developing mesothelioma.

Learn More About Submarines and Asbestos
Do you need help?

Who Is at Risk of Exposure on Ships?

Crew members, Navy personnel, shipyard workers and passengers all risked asbestos exposure on ships. Individuals could face exposure while serving or working onboard ships built before the late 1970s.

Navy veterans and shipyard workers are among the most at risk for exposure and developing a disease such as mesothelioma. Asbestos was used heavily on these vessels, and people worked and lived in close quarters. The lack of air ventilation onboard ships meant any airborne asbestos fibers could linger, posing greater exposure risks.

Occupations at Risk of Asbestos Exposure on Ships

No amount of asbestos exposure is considered safe. Veterans and others who worked on ships containing asbestos materials may be at risk of diseases such as mesothelioma, asbestosis and asbestos lung cancer. It can take decades after exposure for these illnesses to present symptoms.

Individuals who believe they may have been exposed to asbestos on a ship built before 1980 should talk to their doctor.

Individuals exposed to asbestos on ships who later develop an asbestos-related disease may be eligible for financial compensation. There are several compensation options available depending on an individual’s case.

Veterans and civilians may also be eligible for other types of compensation, such as a mesothelioma lawsuit. This type of asbestos claim is filed against the manufacturers who supplied the asbestos products used on the ships. Successful claimants may receive compensation through a mesothelioma settlement or verdict.

In 2018, Navy veteran J. Walter Twidwell was awarded $40 million in a verdict against Goodyear. Twidwell served as a boiler tender in the Navy starting in 1954. He conducted maintenance and repair work on seven vessels. During his service, he faced asbestos exposure from gaskets produced by Goodyear. Twidwell was diagnosed with mesothelioma in 2017.

Some individuals may also be eligible to file an asbestos trust fund claim. Various asbestos manufacturers have gone through bankruptcy proceedings and created trust funds to compensate victims.

An experienced lawyer can help asbestos victims understand all of their filing options.

Although asbestos was no longer used on ships by the 1980s, past uses may still pose a health risk. The Occupational Safety and Health Administration (OSHA) developed a program and regulations to help prevent exposure on ships. The U.S. Navy also created a program to help those with previous exposure.

OSHA maintains the National Emphasis Program (NEP) on Shipbreaking to reduce workplace hazards at shipyards. As part of the program, ships and shipyards must undergo safety and health inspections. These inspections may identify hazards, such as asbestos, and help eliminate exposure risks. In addition to this program, the agency has other regulations in place for asbestos handling at shipyards to protect workers.

The Navy also developed a program to help monitor the health of veterans, called the Asbestos Medical Surveillance Program (AMSP). The AMSP maintains records for those who have faced occupational exposure. Doctors monitor their health through various exams such as lung tests.

These programs and other federal asbestos regulations can help those who already experienced exposure and potentially prevent future asbestos exposure on ships.