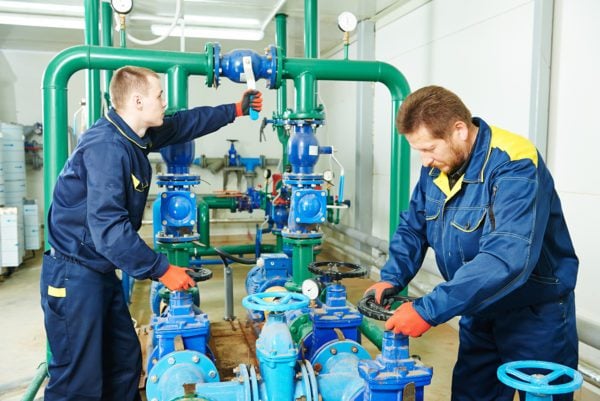 How Are Boiler Workers Exposed to Asbestos?

Boiler workers may have been exposed to asbestos while making, maintaining and operating boilers. Many components on these high-temperature pieces of equipment contained asbestos. As a result, working around or on boilers could disturb the asbestos fibers. This could lead to workers inhaling or ingesting the mineral.

During their daily work, boiler workers were required to replace certain boiler components as they degraded over time. Many of these components were asbestos-containing products.

Asbestos was used in boilers to provide heat insulation. It was a standard part of boiler construction for many years. The industry used the mineral to provide a cheap, strong and heat-resistant barrier around boilers and different parts.

Manufacturers used asbestos in boilers starting around 1880. Companies continued to use the mineral throughout much of the 20th century. The Environmental Protection Agency (EPA) began to regulate asbestos use in the late 1970s.

However, boilers still pose a safety threat for workers today. A 2005 study found total sales of commercial and industrial boilers have declined. The study concluded up to 47% of boilers currently in use are at least 40 years old. This means today’s boiler workers still risk exposure to asbestos while working on older equipment.

Spending any amount of time around asbestos fibers may lead to developing an asbestos disease.

Boiler workers may have been exposed to asbestos in several internal boiler products, including valves, steam traps and pipes. Asbestos was used in these materials for its strength and fire resistance.

Boiler workers may have been exposed to asbestos from:

For example, workers used asbestos gaskets to ensure a tight fit in the internal machinery of boilers. Boiler operators would have to remove and replace old gaskets.

Legal documents show this process could take anywhere from 20 minutes to one hour. Boiler workers have testified that the gaskets “baked themselves onto the product, so they had to be scraped and brushed off.” This process released asbestos dust. The airborne asbestos fibers could be inhaled or ingested by anyone in the vicinity.

The Occupational Safety and Health Administration (OSHA) estimates up to 180,984 workers are exposed to asbestos annually while repairing boilers.

Many companies manufactured, distributed and used asbestos-containing materials for boilers. These companies may have known about the dangers of asbestos. As a result of this negligence, boiler workers may be able to hold asbestos companies legally responsible for their diseases.

Common Places Asbestos Is Found in the Boiler Industry

Locations where boiler workers may have been exposed to asbestos include:

There is no safe level of asbestos exposure. However, higher concentrations of asbestos pose an increased risk for a related disease, such as asbestos lung cancer. As a result, boiler workers who came into contact with asbestos in areas with poor ventilation were more likely to inhale or ingest the mineral. Boiler workers continue to face similar risks.

Workers at risk of asbestos exposure from boilers include:

Boiler workers may accidentally bring home asbestos fibers, leading to secondary asbestos exposure. This occurs when airborne fibers settle on a worker’s clothing, hair, skin or personal belongings. As a result, family members and loved ones can also develop an asbestos-related illness.

Boiler workers and individuals who worked near boilers are still at risk for developing asbestos diseases. Any worker who believes they may have been exposed to asbestos in boilers should contact a mesothelioma doctor. A specialist can help monitor for signs and symptoms of asbestos-related diseases.

Boiler workers who develop an asbestos disease may be eligible for compensation from negligent parties.

Boiler workers have received millions of dollars in monetary awards for their asbestos illnesses. For example, a New Jersey jury awarded a boiler installer $7.5 million in 2015. He developed mesothelioma after 11 years of working as a boiler installer and HVAC worker. Mesothelioma lawyers successfully litigated this case against 11 defendants. Among these was Pecora Corporation, a manufacturer of asbestos furnace cement used in boilers.

In 2018, a Los Angeles jury awarded $8.45 million to an asbestos victim’s son. The victim worked as a plumber and pipefitter on Weil-McLain Company brand boilers. His work often involved exposure to asbestos insulation on the boilers while replacing gaskets. The victim passed away before the jury’s verdict, so the award passed to his son. The jury found Weil-McLain Company 60% responsible for the man’s mesothelioma diagnosis. As a result, the company was responsible for more than $5 million of the total award.