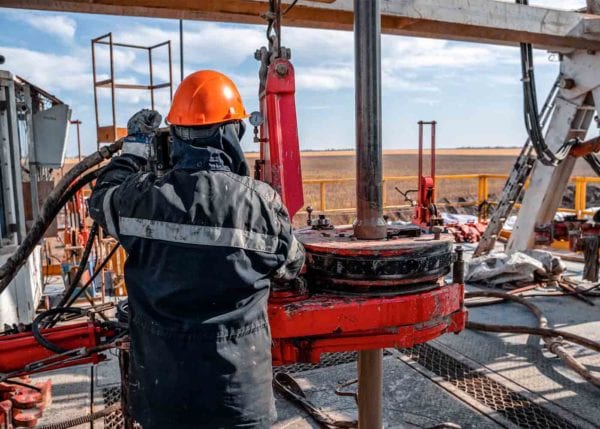 How Are Oil Refinery Workers Exposed to Asbestos?

Oil refineries process and refine crude oil, or petroleum, into other products. Asbestos materials were used at oil refinery sites because petroleum is highly flammable.

Before the 1980s, asbestos was commonly added to materials to improve heat and chemical resistance. Asbestos also improved the durability of refinery equipment.

Asbestos was often found in gaskets, fireproof clothing and other building materials at oil refineries. Oil refinery employees could come in contact with the dangerous material in a number of their day-to-day tasks. For example, when asbestos gaskets are removed for maintenance or repair, asbestos dust can be released.

These tasks exposed workers to hazardous airborne asbestos fibers. Asbestos in the body may lead to an asbestos-related disease, such as malignant mesothelioma.

A variety of asbestos-containing materials were used at oil refineries. Oil refinery workers may experience asbestos exposure from:

When these products are damaged, sanded, scraped or improperly removed, asbestos dust may be released into the air. Asbestos in the air creates an exposure risk to the individual working with the asbestos-containing materials and nearby workers.

Many petroleum companies such as ExxonMobil, Standard Oil Company and Texaco, Inc. used asbestos products at their facilities. These companies may also be liable in asbestos exposure cases because they did not protect workers.

Asbestos products were most commonly found in areas with high temperatures and pressure. Locations in the workplace that often exposed oil refinery workers include:

Asbestos could also be found in the clothing oil workers wore for protection. Asbestos clothing and protective equipment were meant to prevent burns and chemical exposure. However, some protective clothing exposed workers to asbestos.

Many workers at oil refineries may have experienced asbestos exposure. At-risk trades in the oil refinery industry include:

Family members of oil refinery workers are also at risk of asbestos exposure. If workers bring asbestos dust home on their clothing, loved ones may experience secondhand exposure.

Secondhand asbestos exposure was and is common among family members who launder or handle work clothing.

In one study, researchers examined more than 10,600 petroleum refinery employees for 56 years. The researchers found an increase in mesothelioma deaths among maintenance employees at refineries.

Researchers also observed mortality risk from an asbestos illness nearly doubled for those who worked at a refinery for 10 years or more compared to an employee of one year.

This means petroleum workers had higher death rates from mesothelioma than other industries.

Today, Occupational Safety and Health Administration (OSHA) regulations protect petroleum workers from asbestos. However, some workers may still be exposed to lingering asbestos materials at jobsites.

After his mesothelioma diagnosis, Saller and his wife filed an asbestos lawsuit. The jury found Crown Cork & Seal liable for Saller’s asbestos exposure. The jury awarded the Saller family:

Financial compensation can help mesothelioma patients pay for treatment and other expenses. Oil refinery workers and their loved ones may seek compensation through: