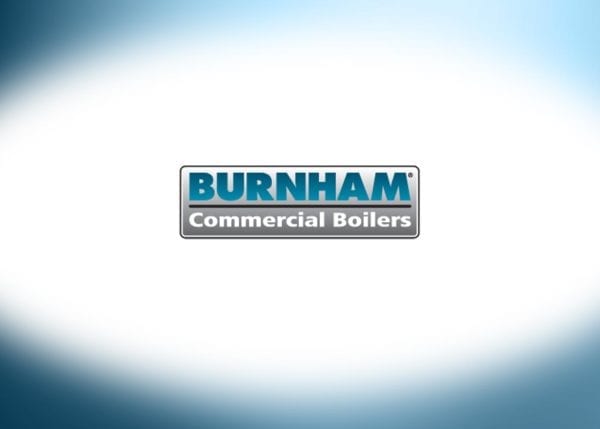 Burnham Corporation History of Asbestos Use

Burnham Corporation was founded when Frederick A. Lord, who built greenhouses for estates in Upstate New York, realized the need for a better heating mechanism for the greenhouse industry. He created the first cast iron boiler to ensure the greenhouse could be heated evenly. As a result, his business, then called Lord’s Horticultural Manufacturing Company, became known as the Lord & Burnham Company.

The company soon merged with the Hitchings Company, a ventilating and heating systems manufacturer, and the Pierson-Sefton Company, a greenhouse construction company. Lord & Burnham Company continued to create new boilers and other advances in greenhouse production for more than a decade.

Following another series of mergers and acquisitions, the Burnham Boiler Company was created, taking control of the boiler part of the business from Lord & Burnham Company.

Burnham Boiler Company, later known as Burnham Corporation or Burnham LLC, flourished as a manufacturer of steam and hot water boilers. As the company continued to expand and grow in popularity, however, it began incorporating various asbestos components into its products. Through at least the 1950s, Burnham Corporation heavily utilized asbestos parts in its boilers, including gaskets, insulation and fire-retardant bricks.

In court testimony, Burnham Corporation’s former chief engineer and chief operating officer stated that the company started phasing out asbestos insulation by the 1950s and no longer incorporated asbestos in its products by 1959. Testimony from another former employee, however, claimed that the company continued to use asbestos components in its boilers until 1993.

Though it is unclear exactly when Burnham Corporation stopped using asbestos, its decades of using the mineral exposed thousands of workers and consumers. The company continues to be named in lawsuits, spending millions of dollars each year on asbestos litigation.

Burnham Corporation’s boilers and HVAC products were consistently manufactured with a variety of asbestos components. Since boilers are specifically created to provide different types of heating, manufacturers sought to incorporate heat-resistant materials to prevent the equipment from overheating and creating safety concerns. Asbestos was a low-cost additive to provide durability and heat-resistance in boilers. When these products underwent repairs or maintenance, however, fibers could easily become airborne and inhalable.

Burnham Corporation products that contained asbestos included, but are not limited to:

Since Burnham Corporation’s production focused largely on boilers, boilermakers are among the most at risk of exposure to the company’s products. When performing maintenance work or repairing old equipment, asbestos fibers could be released into the air. Since boilermakers typically work in confined, poorly ventilated spaces, the fibers could become more concentrated and pose a health risk for anyone in the area.

Since Burnham Corporation’s boilers were frequently sold to schools and other businesses, as well as used in apartment buildings and homes, thousands more were also at risk of exposure from the aging equipment during repairs.

Have a Question About Asbestos Exposure and Burnham Corporation?

Due to the extensive use of asbestos in Burnham Corporation boilers, the company continues to face asbestos and mesothelioma claims from thousands of impacted workers and consumers. Burnham Corporation has paid for the verdicts and settlements of successful claimants through its own funds and insurance policies. If you believe you or a loved one was exposed, learn how a mesothelioma lawyer can help.

In its 2018 financial report, Burnham Holdings, Inc., the parent company of Burnham Corporation, noted the cost of uninsured litigation reached $1.25 million. The uninsured costs vary each year depending on the claims filed. For instance, in 2017, the uninsured costs of all litigation were $108,000. In 2010, these costs reached $815,000. In addition to the cost of settlements and verdicts, the company spends more than $100,000 each year on legal counsel and litigation costs.

One recent lawsuit against Burnham Corporation was filed by Arthur Whelan, a plumber and mechanic who later developed asbestosis and pleural mesothelioma. Whelan argued that he experienced multiple instances of asbestos exposure, particularly to boilers, valves, steam traps and brake drums manufactured by Burnham Corporation and other asbestos companies.

Whelan estimated that he installed 20 – 30 Burnham boilers between 1959 and 1968. In his testimony, Whelan described gray dust that would fill the air upon installation, reasoning that the dust came from the boilers’ asbestos insulation. A former engineer at Burnham Corporation spoke in the company’s defense. He testified that the company started phasing out asbestos use by the 1940s and early 1950s. However, deposition from another lawsuit in 2007 claimed the company continued using asbestos until 1993. The jury initially ruled in favor of Burnham Corporation and other defendants, but overturned the verdict upon appeal, giving Whelan a chance to receive compensation.

In 2018, Burnham Corporation and two other companies faced a $60 million verdict for wrongful asbestos exposure.

Another recent lawsuit resulted in a $60 million verdict against Burnham Corporation, Peerless Pump Company and A.O. Smith Corporation. Pietro Macaluso, a demolition worker in Brooklyn, filed the lawsuit after developing pleural mesothelioma. Macaluso was exposed to asbestos when removing old boilers manufactured by these companies. He passed away before the trial finished. The jury determined that the asbestos companies were negligent and did not provide workers, like Macaluso, with any safety warnings or equipment.