Mesothelioma and Asbestos Risk for Insulators 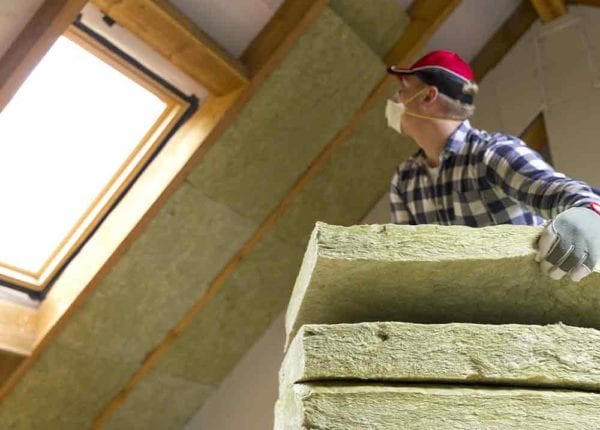 How Are Insulators Exposed to Asbestos?

Insulators were exposed to asbestos from the insulation products they worked with. Insulators may also have experienced asbestos exposure from other asbestos-containing construction materials. Asbestos was used in insulation and other products due to its ability to increase fire resistance and durability.

Insulation materials often contained asbestos from the mid-1860s through about 1978. Insulators working during those years were at great risk of asbestos exposure.

Today, insulators may still be exposed to asbestos. Modern-day insulators face the greatest health risk when working on older homes, schools, buildings, ships and/or machinery. However, it is still legal in the United States to manufacture certain types of insulation containing up to 1% asbestos. As a result, insulators remain one of the most at-risk occupations.

Insulation workers were exposed to asbestos primarily through the insulating materials they installed, maintained and/or removed. Workers may also have experienced asbestos exposure from other building materials containing the mineral. Insulators continue to face exposure risks from lingering asbestos materials.

Many construction products were made with asbestos due to the mineral’s ability to protect from high temperatures and chemical reactions. Asbestos-containing materials were also cheap to manufacture and durable.

Any exposure to asbestos materials may cause serious diseases, such as mesothelioma. When workers handle asbestos insulation and other asbestos materials, fibers may release. This can lead to anyone in the area inhaling or ingesting the fibers. Once inside the body, these fibers may embed in the organs and cause cancer.

Insulators may have been exposed to asbestos from:

Numerous asbestos companies manufactured and distributed the above products. These companies may be found liable for individuals’ asbestos exposure and resulting related diseases.

Common Places Asbestos Is Found in the Insulation Industry

Asbestos exposure among insulators occurred on construction sites, military bases and shipyards, among other jobsites. Insulators may also have been exposed while working on wall insulation, machinery and steam pipes at any of these locations.

Locations in the workplace that often exposed insulators include:

Insulators with the greatest risk include those working in enclosed areas with poor ventilation, such as engine rooms or aboard ships. These tight spaces often allow fibers to become more concentrated in the air.

Some insulators may have experienced asbestos exposure more often than others. However, there is no safe level of asbestos exposure. Insulators exposed only once for a brief period may still develop asbestos-related diseases.

Many may consider insulators part of the larger construction worker trade. But there are also trades falling under the insulators’ umbrella. Anyone who comes in contact with asbestos insulation materials may risk asbestos diseases. However, those regularly working with these materials are at an increased risk of health issues.

The following tradespeople may have been exposed to asbestos while installing, maintaining, removing and/or inspecting asbestos insulation.

At-risk trades in the insulation industry include:

“Lung cancer remains the dominant cause of death among insulators, killing one in five over the past [three] decades…”

A Canadian study from 2020 also found a correlation between asbestos-exposed insulators and an increased risk of chronic obstructive pulmonary disease (COPD). These workers were also at greater risk of repeated chest infections. The researchers stated the risk was due to occupational exposure to asbestos insulation and other asbestos materials.

The health effects of asbestos exposure among insulators impact more than the workers themselves. A study published in the Annals of Translational Medicine in 2017 found many family members of workers, including insulators, suffered from pleural mesothelioma.

Asbestos diseases among loved ones of insulators are often the result of secondary asbestos exposure. Insulators may bring home asbestos fibers on their clothes, hair and personal belongings. As a result, family members and loved ones can inhale or ingest the microscopic fibers, leading to health problems.

Insulators and their loved ones with known asbestos exposure should seek medical attention. Early diagnosis and treatment by mesothelioma specialists can lead to extended survival and improved quality of life for patients.

Insulation workers diagnosed with an asbestos-related disease may be eligible for compensation from liable asbestos companies. Insulators and their families may file mesothelioma claims or lawsuits against employers or product manufacturers.

Compensation may cover treatment costs, lost wages and other expenses related to the illness.

John A. Karjala worked as an asbestos insulation installer from 1948 to 1966. Due to his work duties, he was frequently exposed to asbestos dust. In 1959, he began to experience shortness of breath, congestion, a loss of appetite and general weakness. In 1966, after he coughed up blood, his doctor told him he had asbestosis and needed to quit his job.

A Minnesota judge found Johns-Manville liable and ordered the company to pay Karjala $200,000. The company appealed this judgment, but the original verdict was upheld.

Other Compensation Amounts Awarded to Insulators

Compensation amounts awarded to insulators may vary depending on the type of asbestos-related disease and the severity of the diagnosis. For example, individuals with mesothelioma diagnoses may be awarded more compensation than those with asbestosis diagnoses.

Experienced mesothelioma lawyers can assist insulators and their loved ones in determining what legal option may be most beneficial for them.