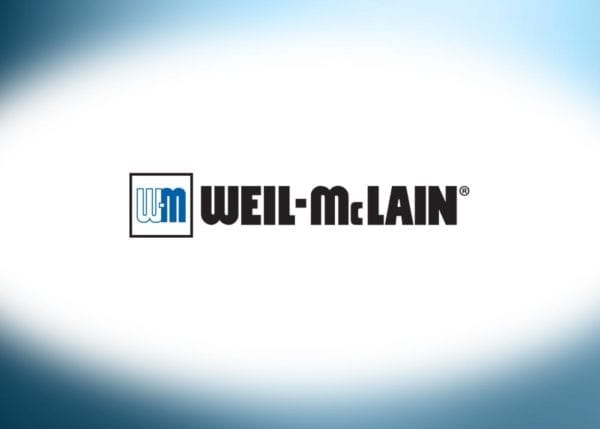 Weil-McLain History of Asbestos Use

Weil-McLain first operated under the name Weil Brothers. The company started as a small wholesale plumbing and heating business in Chicago in 1881. Founders Isadora and Benjamin Weil later bought one of their main suppliers, J.H. McLain, which was based in Canton, Ohio.

This acquisition brought about a change in company name and headquarters. Weil Brothers officially rebranded to Weil-McLain in 1919 and relocated from Chicago and Canton to Michigan City, Indiana.

In Indiana, Weil-McLain flourished and had many successes, such as developing the first smokeless coal boiler in the United States. During World War II, the company contributed to the war effort by producing boilers, tank turret rings, tank treads and clutch throw-out brackets.

It was after the war, in the 1950s, that Weil-McLain began adding asbestos to its production process. Like many asbestos companies, Weil-McLain used asbestos within its heating products to prevent overheating of materials. This was done to protect the integrity of the item, as well as limit the possibility of burns.

However, the company’s inclusion of asbestos in their products exposed hundreds of workers and consumers. Over time, the workers and others who were exposed to these products started developing asbestos-related diseases like mesothelioma. As a result, Weil-McLain has been named in countless asbestos lawsuits for wrongful exposure.

Despite the ongoing asbestos litigation, the company is still operating and has been able to expand. The company currently employs some 600 people and is a leader in the heating industry. Weil-McLain still faces new asbestos-related lawsuits today, but is able to pay successful claimants without the use of an asbestos trust fund.

Weil-McLain products were asbestos-free for the first six decades the company was operational. It wasn’t until the early 1950s that asbestos fibers were added to the Weil-McLain production process. By 1960, the history of mesothelioma documents researchers definitively connecting the mineral to the rare cancer.

The company used the fibers to increase product durability, flexibility and heat- and fire-resistance. All products produced within Weil-McLain facilities between the 1950s and 1970s may contain the dangerous mineral or have been cross-contaminated with asbestos-containing products.

Weil-McLain has been a cutting-edge company in the comfort heating industry and required a hefty workforce to power its various plants. All those employed by Weil-McLain between the 1950s and 1970s may have experienced occupational asbestos exposure. Those most at risk of developing asbestos-related diseases include those who faced recurrent exposures and worked in tight spaces, such as Weil-McLain factory workers.

Those employed by companies that used Weil-McLain asbestos products may also have been exposed to the mineral on the jobsite. Plumbers and general repairmen are among the most at risk, as they frequently repair and maintain these asbestos-containing products.

Occupations Impacted by Weil-McLain’s Asbestos Use

Have a Question About Asbestos Exposure and Weil-McLain?

Weil-McLain has been named in numerous lawsuits related to its history of manufacturing asbestos-containing products. Unlike many asbestos companies, Weil-McLain has compensated successful claimants with its own funds and has not formed an asbestos trust fund. If you believe you or a loved one was exposed, learn how a mesothelioma lawyer can help.

One of the largest cases against Weil-McLain involved a pipefitter. Robert Swanson worked as a pipefitter and plumber from 1969 through the 1970s. He was employed by a company that exclusively used Weil-McLain boilers. Swanson was diagnosed with mesothelioma in 2014 and said he was exposed to asbestos from the company’s boilers. Part of his duties involved scraping off the old asbestos gaskets from the machines and then installing the new asbestos materials.

Robert Swanson and his son Shawn were awarded more than $7 million in their case against Weil-McLain.

Today, Weil-McLain continues to be named in asbestos-related lawsuits stemming from its asbestos products.