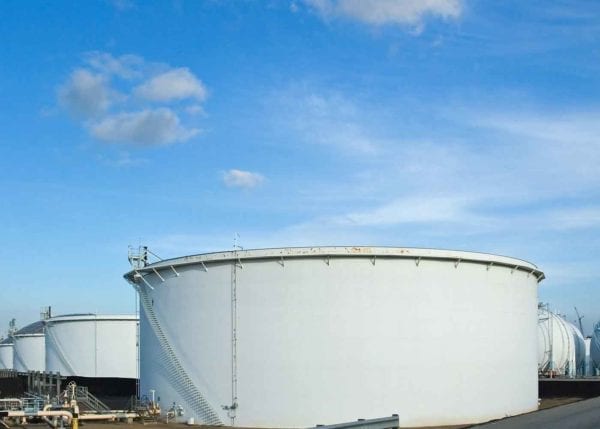 01. Asbestos Use at Oil Refineries

How Was Asbestos Used at Oil Refineries?

Asbestos was used for many years in petroleum refineries. Petroleum is highly flammable and can cause explosions. As such, oil refineries required use of fireproof materials. Asbestos provided heat and chemical resistance at refineries.

Asbestos insulation, gaskets, valves and other asbestos-containing materials were also produced specifically for use in petroleum facilities.

Asbestos gaskets were especially common in oil refineries. Until 1980, gaskets often contained asbestos because the mineral does not break down quickly. Some oil refineries may have old pipes or machinery that still contain these asbestos parts.

When gaskets are disturbed or removed for repair, asbestos dust can be released into the air. This can expose workers to hazardous airborne asbestos fibers.

In addition to asbestos use in construction products and equipment, workers also faced exposure from protective clothing. Fireproof clothing, such as gloves, often contained asbestos to protect workers from burns and dangerous chemical reactions.

Individuals risk exposure when working on or removing asbestos products. Oil refinery workers exposed to the airborne fibers are at risk of developing asbestos-related illnesses, including lung cancer and mesothelioma cancer.

Notable Companies That Used Asbestos in the Oil Industry

Many petroleum companies used asbestos products. This includes well-known, modern-day oil companies, such as Chevron, Shell and ExxonMobil. However, they often did not manufacture these products.

A.W. Chesterton Company was founded in 1884 and continues to operate today. The company manufactured asbestos gaskets, seals and packing. Its asbestos products were used in many industries, including the petroleum industry.

Asbestos began appearing in A.W. Chesterton products in the 1920s. Many of the company’s products included asbestos for heat resistance and chemical durability. This asbestos use ceased in the mid-1980s.

The company has been named in many lawsuits as an asbestos component manufacturer.

ExxonMobil’s predecessor companies can be traced back to 1870 with John D. Rockefeller’s Standard Oil Company. As a result of this long history, ExxonMobil has inherited many asbestos lawsuits.

Asbestos exposure at ExxonMobil, or any of its predecessors, could have happened on oil ships, in shipyards or at refineries. These companies used asbestos in ship construction, building construction, refinery equipment and safety clothing.

Texaco, Inc., also known as The Texas Company, was founded in 1902 in Beaumont, Texas. It is a subsidiary of the Chevron Corporation, one of the world’s largest companies.

As a result of this asbestos use, the company continues to face many asbestos lawsuits. It is often named as a defendant alongside product manufacturers such as A.W. Chesterton Company and Atlantic Richfield Corporation.

Other Oil Companies That Caused Exposure

Many petroleum producers used asbestos products. These products were often manufactured by other asbestos companies. As a result, there are many potential asbestos exposure sites related to the oil and gas industry.

Below are oil refineries in the United States that have utilized asbestos and led to exposure:

Who Is at Risk of Exposure at Oil Refineries?

Individuals exposed to asbestos on the job are among the highest population at risk for mesothelioma.

A 1991 study reported 90% of oil refinery workers came into contact with asbestos.

When asbestos products break down, asbestos dust may be released into the air. Anyone in the area may inhale these fibers and risk asbestos-related illnesses.

This could include anyone who worked hands-on with asbestos-containing materials, such as welders, insulators, mechanics and pipefitters. However, industrial workers were not the only ones at risk for occupational asbestos exposure.

In one study, researchers examined asbestos disease incidence among maintenance workers in refineries. This study revealed between 96 and 100% of their mesothelioma cases were attributable to workplace asbestos exposure. The researchers also found 42 – 49% of lung cancer cases among the oil refinery maintenance workers were attributable to asbestos exposure.

Prolonged periods of work at refineries are more likely to lead to an asbestos-related disease. Various studies demonstrate this increased risk of asbestos illness, including:

Individuals working around asbestos may also unknowingly expose their loved ones and families to the mineral. Fibers can remain on their clothing and personal belongings, even after they have left an asbestos worksite. As a result, loved ones may experience secondary asbestos exposure.

Exposure of any kind can cause asbestos diseases, such as asbestosis or asbestos lung cancer.

To mitigate the risk of occupational exposure, the Occupational Safety and Health Administration (OSHA) has set laws and regulations to protect workers. This includes issuing protective equipment to employees working in areas with an asbestos concentration.

These laws typically center around safely handling and disposing of the mineral.

Many individuals were exposed to asbestos by the oil industry. They may be able to receive compensation for diseases tied to exposure from asbestos companies.

Some companies have set up asbestos trust funds to compensate victims. If a company does not have a fund, asbestos victims may be able to pursue a lawsuit or mesothelioma settlement.

Rubert “Bert” Minton was a repair supervisor on commercial ships between 1966 and 1977. During this time, Minton worked on 17 Exxon oil tankers. There, it’s suspected Minton was exposed to asbestos in insulation, gaskets, seals and pumps.

As a result of this exposure, Minton developed mesothelioma. In 2009, Minton sued ExxonMobil. The judge ruled in Minton’s favor. The verdict award consisted of:

An experienced mesothelioma lawyer will often provide a free consultation to help victims figure out which legal option is right for their situation.