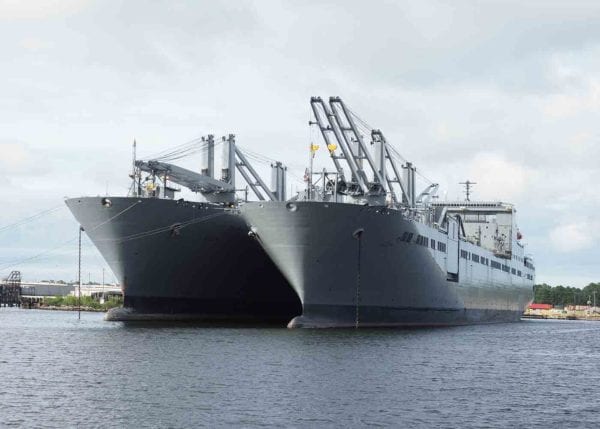 How Are Merchant Marines at Risk of Asbestos Exposure

Merchant Mariners are exposed to high stress and hazardous work environments anytime they’re aboard a ship. They often suffer psychological effects from the long spans of time separated from family, and physical impairments from chemical exposures, like gases and microscopic asbestos fibers. There is a long history of seamen and asbestos-related disease, with the first incidence reported in 1918.

Prior to the 1980s, asbestos fibers were frequently used in the construction of ships to inhibit fire and chemical hazards while at sea, but this seemingly preventive measure is directly associated with the high incidence of asbestos-related disease among seamen. Because of the heavy use of asbestos aboard ships, various departments and roles within the Merchant Marines were at higher risk of exposure.

In U.S. merchant ships, asbestos products can be found in living spaces and around machinery, as it was used in products like insulation, gaskets and boilers. When asbestos is in good shape and undisturbed, it’s considered relatively safe. But when asbestos materials are installed, repaired or removed, the fibers can become disturbed and airborne. Aboard ships, the risk of exposure can be even higher because of the constant vibration and movement, potentially further disturbing the asbestos and releasing more fibers into the air.

The volatile environment of ship life, from weather and wartime conditions, can also result in Merchant Mariners being tasked with completing repairs prior to arriving at port. According to reports, such scenarios led to crew members experiencing similar exposures as those recorded in shipyard workers. Poor ventilation in both engine and boiler rooms, where many repairs of asbestos-containing products take place, lead to higher concentration exposures and an increased risk in later developing a disease like mesothelioma.

One study found that Merchant Mariners working in the engine room were among the most impacted by asbestos-related illness. After inspecting chest x-rays of over 3,000 Merchant Mariners, researchers found more than 40% of those working in the engine room had abnormalities of the lung, in either the pleura (lung linings) or parenchyma (functional part of the lung that allows for gas transfer).

Across all the Merchant Mariners in the study, about 34% had lung abnormalities. Such abnormalities may be indicative of pleural mesothelioma, the most common form of the cancer. Additionally, the study found that those with more time elapsed since exposure to asbestos had a greater chance of abnormalities, which is consistent with the long latency period of asbestos-related diseases.

The height of Merchant Mariners’ exposure to asbestos occurred during World War II. Veterans who served during the war are among the most at risk of developing mesothelioma. Merchant Marine ships in the fleet at the time of World War II include S.S. Del Mar, S.S. Empire, S.S. Mormacsea, S.S. Socony 10 and S.S. Cilco Logger, among others.

Because Merchant Mariners and other occupations face a high risk of asbestos exposure on the job, there are strict laws in place to help protect workers and the public from exposure. Some of these laws and safety precautions include:

Merchant Marine and Navy veterans that believe they may have experienced occupational asbestos exposure while serving should seek medical advice. An early diagnosis of mesothelioma or other asbestos diseases gives patients more treatment options, which can improve life expectancy.