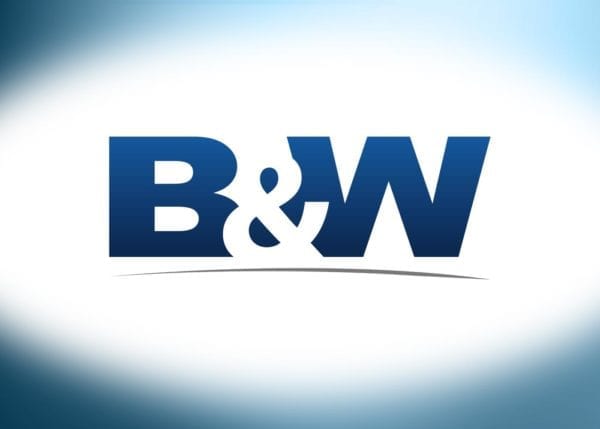 Babcock & Wilcox History of Asbestos Use

Babcock & Wilcox was formed following the ideas of George Babcock and Stephen Wilcox to create a safe, but effective, boiler. The pair received their first patent in 1856, and their company Babcock & Wilcox was officially formed in 1867 in Providence, Rhode Island. Unfortunately, in their effort to create safe energy, they used asbestos insulation in their products.

It wasn’t long until the founders moved to New York City, where they officially relocated the company’s headquarters. Babcock & Wilcox initially found success selling their boilers to sugar refineries; however, with the advent of electric companies, they quickly broke into the electric industry.

In 1880, the company sold its boilers to Thomas Edison for use in his Menlo Park, New Jersey, laboratory and the Brush Electric Company in Philadelphia. The boilers at both locations contained dangerous asbestos fibers. The early 1880s also saw Babcock & Wilcox bring their asbestos-containing boilers outside the United States. In 1881, the company experienced international expansion for the first time, opening a location in Glasgow, Scotland.

As Babcock & Wilcox continued to grow, they supplied their boilers to not only sugar refineries and electric companies, but also for the first New York City subway system, in the Hoover Dam and aboard U.S. Navy vessels. During World War I, Babcock & Wilcox produced more than 500 naval boilers.

By World War II, more than 4,000 of the 5,400 major U.S. vessels constructed for the war featured Babcock & Wilcox boilers. Due to the wide use of the company’s asbestos products aboard military ships, many veterans have experienced asbestos exposure. These veterans are now at risk of developing an asbestos-related disease.

The company continued to expand internationally, with factories in South America, Europe, Africa, the Middle East and Asia. With each new expansion, the number of people exposed to asbestos fibers from Babcock & Wilcox products increased. The company didn’t phase the toxin out of their production process until the 1970s.

The first asbestos lawsuit was filed against Babcock & Wilcox in 1982, followed by thousands more. The cost of the litigation led them to file for bankruptcy in 2000. Although Babcock & Wilcox doesn’t use asbestos anymore, they continue to deal with the impact of their past use.

In the early 1900s, many companies used asbestos fibers in their products as a cheap insulator. Adding asbestos fibers to materials increased not only their insulating abilities, but also durability and heat- and fire-resistance.

Products manufactured by Babcock & Wilcox known to have contained asbestos include:

Employees that worked for Babcock & Wilcox, or with their products, between the company’s founding in 1867 and when they stopped using asbestos in the 1970s, may have experienced occupational asbestos exposure.

The first asbestos lawsuit was filed against Babcock & Wilcox in 1982. At that time, the company was quietly settling claims and compensating victims outside of the courtroom. The company continued dealing with their asbestos litigation problems in this fashion for more than 10 years. By the end of 1999, they had settled approximately 340,000 claims. These asbestos settlements cost the company, and their insurer, more than $1.6 billion dollars.

Questions About Filing a Claim Against Babcock & Wilcox?

The asbestos trust pays a set percentage of each successful award granted to an asbestos victim. This ensures the solvency of the trust for future claimants. The current base payment percentage for the Babcock & Wilcox Asbestos Personal Injury Settlement Trust is 8.8% of the amount awarded. However, claimants may receive compensation higher than this base payment percentage based on a number of factors, including but not limited to, age, exposure, type and firm settlement history.

The Babcock & Wilcox trust is operational and continues to accept and pay claims today. If you believe you or a loved one was exposed, learn how a mesothelioma lawyer can help.