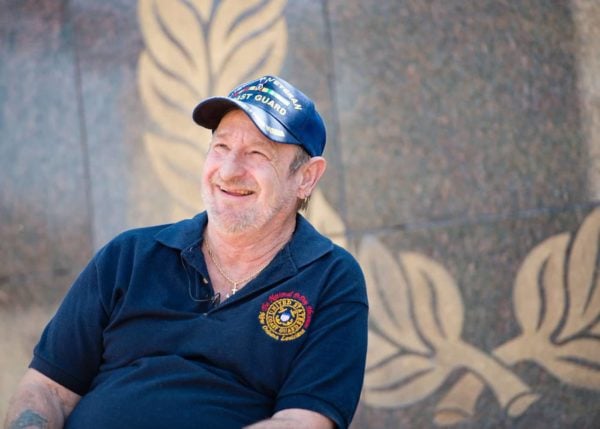 Veterans exposed to asbestos during their service may be eligible for VA benefits. These veterans can receive compensation by filing a VA claim.

VA disability compensation payments start at about $3,100 monthly for Coast Guard veterans with mesothelioma or lung cancer. Compensation may increase according to a number of factors.

Spouses and loved ones of Coast Guard veterans may also qualify for VA compensation. Family members may file for:

Financial compensation can help family members with lost wages and cover the cost of treatment or funerals.

Other compensation options for Coast Guard veterans and their loved ones are:

Other Benefits for Coast Guard Veterans

In addition to healthcare, Coast Guard veterans have access to VA:

Asbestos Exposure in the Coast Guard

Coast Guard veterans may have experienced asbestos exposure on military bases, Coast Guard ships and in shipyards. Asbestos was used by military branches as an additive for fireproofing and durability.

Some Coast Guard workers were more likely to come into contact with asbestos products than others.

Coast Guard occupations most at risk for asbestos exposure include:

The Coast Guard is smaller than the U.S. Navy. However, Coast Guard veterans experienced exposure at a similar rate to Navy veterans.

Asbestos Exposure on Ships and Shipyards

Coast Guard members on ships and those who oversaw shipyard operations may have been exposed to asbestos.

On ships, asbestos insulation could be found in:

Asbestos was also found in sleeping quarters, mess halls and other areas onboard.

The confined spaces on ships often led to highly concentrated airborne asbestos fibers. When these fibers were disturbed, they could travel through the ship and expose service members and staff.

Navy and Coast Guard veterans who served in World War II were at a high risk of asbestos exposure. At this time, ship production and asbestos use were both at their peak.

The military stopped using asbestos products in shipbuilding in the 1970s. However, Coast Guard members continued to be exposed while repairing and demolishing older ships.

USCGC crew members may have experienced exposure during maintenance work. Examples include removing floor tiles or thermal insulation. Before the 1970s, maintenance was often done without protective equipment.

Coast Guard veterans who came into contact with asbestos are at risk of developing mesothelioma. After asbestos exposure, it may take up to 50 years for mesothelioma to develop. Due to the long latency period, veterans continue to be diagnosed with mesothelioma.

According to a study of more than 4,000 civilian Coast Guard shipyard workers, shipyard workers were five times more likely to have died of mesothelioma than the general population. The study documented the mortality of workers at a shipyard from 1950 – 1965. The study concluded in 2001.

Coast Guard shipyard workers were also found to have high rates of emphysema, respiratory cancer and lung cancer. The study attributes the statistically high rates of respiratory disease to widespread asbestos exposure at the shipyard.

Asbestos may still be present on some Coast Guard vessels and bases. To protect service members, the Coast Guard and other agencies have developed regulations and laws to limit asbestos exposure.

The Occupational Safety and Health Administration (OSHA) also monitors the Coast Guard to protect personnel. OSHA provides guidelines related to levels of asbestos and other contaminants in ships, shipyards and bases across the country.

Coast Guard veterans diagnosed with an asbestos disease should contact a mesothelioma law firm to discuss their potential compensation options.