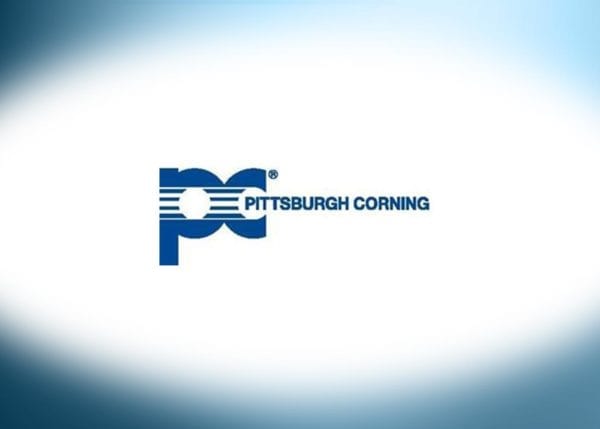 Pittsburgh Corning History of Asbestos Use

Pittsburgh Corning was founded in 1937. The company was created by Corning Glass Works and Pittsburgh Plate Glass Company as a means to offer innovative building materials to the construction industry. Their best known and most innovative product, FOAMGLAS, was developed ten years after they were founded. FOAMGLAS is an insulating, cellular glass that was widely used in commercial applications.

Their success with FOAMGLAS and other similar products in the commercial and residential sectors allowed Pittsburgh Corning a period of steady growth. The company sought to expand its product line by acquiring the rights to Unarco’s Unibestos line, which consisted of high-temperature insulation products. Though reports show Pittsburgh Corning was warned about Unarco’s products and their history of asbestos use, the company followed through with the acquisition and attained all rights to the products and the plants in 1962. Around this time in the history of mesothelioma, researchers definitively connected asbestos to numerous cancer cases.

In acquiring all of Unarco’s Unisbestos-related goods and production materials, Pittsburgh Corning officially became involved in the asbestos industry. The company largely relied on the plant in Tyler, Texas, for production, which had been in use by Unarco since 1954 and employed about 900 workers.

Reports show that as early as 1963, Pittsburgh Corning was warned about the unsafe working conditions of the Tyler plant. Labor Department investigators told the company that it did not meet safety standards, citing the asbestos dust covering all surfaces. Despite the warnings, the company didn’t make any changes and continued manufacturing asbestos products.

As a result, in 1967 and 1970, health inspectors worked on a long-term asbestos study of the plant. By 1971, the Occupational Safety and Health Administration (OSHA) learned of the working conditions in the plant and proposed a fine of $210 for a variety of failings, including “insufficient dust control.”

Pittsburgh Corning’s initial offering of glass block products did not contain any asbestos. The company was known for its innovative offerings, particularly FOAMGLAS, a cellular glass that offers sustainability, water and fire-resistance. It wasn’t until 1962, when the company acquired the Unarco product line Unibestos, that they ventured into the asbestos industry.

Unibestos products were largely focused on pipe covering and pipe insulation. Since pipes often had to withstand high temperatures and pressure, asbestos was an easy additive to increase durability and fire protection. The pipe covering was made by mixing raw asbestos with mud and water, and workers would scoop the asbestos fibers out of sacks with their hands. Though accounts claim the employees were outfitted with respirators, they would quickly become clogged with asbestos dust and not work properly.

These unsafe working conditions continued until 1972, when Pittsburgh Corning stopped producing asbestos products. Their products that contained asbestos include, but are not limited to:

Thousands of workers across various industries have been exposed to asbestos because of Pittsburgh Corning’s Unibestos products. Because the products were also used residentially, in houses and schools, homeowners and the general public also continue to face the risk of exposure to products in buildings constructed before 1972.

By 1977, Pittsburgh Corning found itself facing a rapidly increasing number of asbestos claims. Reports from the era estimate at least 400 former workers of the Tyler plant had become sick with asbestos-related diseases and were filing lawsuits against the company. By this time, workers estimated 25 – 40 former employees had already passed away from asbestos illnesses. The lawsuit eventually included over 2,000 claimants and was later settled for $20 million.

One of the most notable lawsuits against Pittsburgh Corning, as well as other asbestos companies, was filed by Adella Cimino on behalf of 2,288 factory workers in southeastern Texas who developed asbestos diseases between 1985 and 1987. The class action lawsuit was filed in 1990 and became one of the longest civil lawsuits in history. The final settlement wasn’t reached until 2018. The lawsuit progressed in several stages, with various appeals along the way. In the end, the victims were awarded a total of $140 million, plus an earlier verdict of $38 million in Cimino’s case against Raymark Industries.

In more recent years, Pittsburgh Corning and its parent companies have continued to spend billions of dollars settling similar claims.

Questions About Filing a Claim Against Pittsburgh Corning?

Pittsburgh Corning filed for Chapter 11 bankruptcy on April 16, 2000, after the rising costs of asbestos litigation. At the time of filing, the company was facing about 235,000 pending lawsuits. Prior to declaring bankruptcy, there were about 400,000 lawsuits against the company. They were able to settle half of these claims for approximately $1.2 billion before filing for bankruptcy.

In order to fund the ongoing litigation and growing number of claims, Pittsburgh Corning’s owners, PPG and Corning Glass Works, both contributed to an asbestos trust fund. The trust fund and bankruptcy plan were approved in 2013, after the court rejected the company’s first plan in 2006. The trust was initially funded with $3.41 billion.

The fund continues to accept claims today. While the current payment percentage is 30.1%, the amount awarded to asbestos victims can vary based on a number of factors. Claimants can receive more than base values depending on their diagnosis, age, exposure history and the law firm’s settlement history.