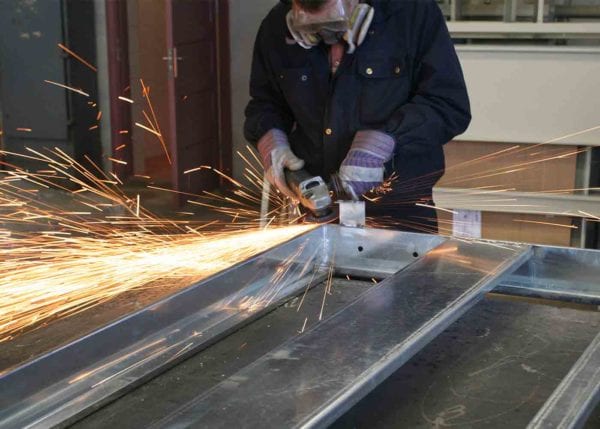 How Are Metal Workers at Risk of Asbestos Exposure

Asbestos-containing products were commonly used on construction sites across the United States throughout the 20th century as an inexpensive and effective way to form a heat-resistant barrier and provide insulation. Sheet metal workers, for example, were often cutting and bending metals affixed to asbestos-containing products. While performing these tasks, employees may have also been working in cramped or poorly ventilated areas and in places where high temperatures are common, raising their risk of coming into contact with asbestos fibers.

Metal workers could be exposed to asbestos from a number of materials they regularly worked with. Metal lathers could face exposure from the plaster or asbestos cement they sanded and smoothed. Machinists frequently worked with asbestos insulation and paper to wrap electrical wires and steam pipes, while welders could also face exposure from the rods they used to join metals together. Often, asbestos particles become airborne because employees would be grinding, drilling and sanding building materials for use.

Besides coming into contact with asbestos-containing materials, metal workers often wore protective gear and other clothing that contained the toxic mineral while on the job site. Due to the nature of their work, employees were subjected to high heat, requiring the use of clothing that was capable of withstanding and resisting extreme temperatures. Unfortunately, those clothes were often fortified using asbestos fibers, including gloves and blankets that released fibers into the air as they aged and degraded.

Factories and manufacturers across the United States used asbestos inside the products they sold and in their buildings and factories as an insulator. Among those with known ties to asbestos are the Metalclad Insulation Company, Johns Manville, the Duro Dyne Corporation, the CertainTeed Corporation, Bath Iron Works and Halliburton.

A 2017 study of nearly 13,000 welders discovered that these employees had elevated risks for lung cancer, mesothelioma and bladder cancer, though the risks were lessened when only blue-collar workers were considered. Another multi-year research study conducted by the Sheet Metal Occupational Health Institute Trust and the Center for Construction Research and Training discovered that sheet metal workers are at a high risk of developing mesothelioma, especially workers who started in the industry before asbestos regulations were in place.

Metal workers who come into contact with asbestos products while on the worksite have certain protections available to make their jobs safer. The Environmental Protection Agency (EPA) and Occupational Safety and Health Administration (OSHA) have instituted several regulations to reduce the amount of asbestos employees come into contact with while preventing future health hazards. Among them include the establishment of an operation and management (O&M) program, which aims to prevent asbestos incidents from occurring. As part of a good O&M program, several actions need to be taken, such as:

The National Institute for Occupational Safety and Health (NIOSH) also suggests that workers who are likely to come into contact with any type of asbestos wear a full-face respirator that has either an N100, R100 or P100 filter attached.