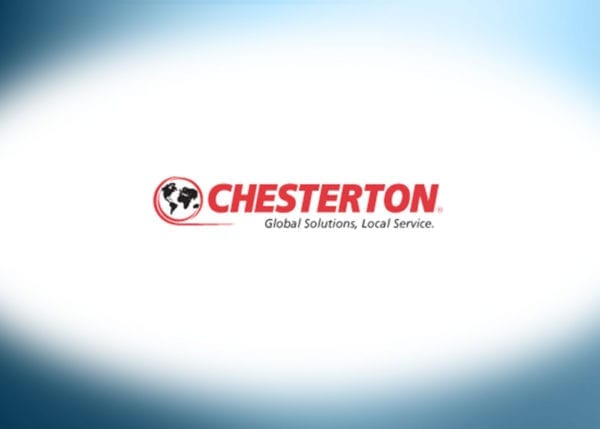 Arthur “A.W.” Chesterton founded his company in 1884 with the goal of supplying his customers quickly with the products they needed. The company initially focused on goods within the engineering and steamboat product industry. Within the next ten years, A.W. expanded into manufacturing and distributing pump packing and gasketing within the sealant industry, which would later prove to be their most profitable product line.

By 1905, the company achieved national distribution as they acquired Ingall’s Boiler Cleaners and Scrapers. Within the next several decades, A.W. Chesterton Co. continued to increase sales, with a larger focus on their heat-resistant gasket and pump line of products. By the 1920s, catalogs show the company began relying on asbestos as a cost-effective additive to their products to boost durability and fire-resistance.

The 1960s through the 1990s proved to be the largest period of growth and expansion for the company. A.W. introduced production and distribution of numerous new products, including lubricants, cleaners, sealants and split seals. Through the early 1980s, the majority of these products contained varying amounts of asbestos. Because of their steady growth and expansion into new markets overseas, these products put thousands at risk of dangerous exposure.

Since the 1980s, A.W. Chesterton has focused on using alternatives to asbestos, even winning various awards for their new environmentally-friendly standards. The company currently employs more than 1,100 workers in 27 countries, with over 500 sales and service locations around the world.

A.W. Chesterton dabbled in products for numerous industries. What started as a focus on engineering and steamboat supplies, quickly turned into the production of a variety of pumps, gaskets, lubricants and sealants. Many of their products contained asbestos from the early 1920s until the early 1980s. Catalogs produced by A.W. Chesterton, with copyrights up until the early 1980s, clearly identify the incorporation of asbestos into its products and cite the benefits of its properties: strength, flexibility, resilience and resistance to chemicals, acid and high temperatures.

Many styles of A.W. Chesterton Co.’s products put workers and consumers at risk of exposure, particularly their industrial sealing products. Some of these product styles include:

A.W. Chesterton served a wide variety of industries at the time it was incorporating asbestos into the products it was manufacturing and distributing. As a result, numerous individuals were potentially exposed to an increased risk of an asbestos-related lung disease like mesothelioma.

Have a Question About Asbestos Exposure and A.W. Chesterton?

For more than 60 years, A.W. Chesterton utilized toxic asbestos fibers in a variety of their popular products that were manufactured and distributed all over the world. Thousands of workers and consumers of these products faced exposure and began to develop serious asbestos diseases like lung cancer and mesothelioma.

Court documents show A.W. Chesterton Company was first named as a defendant in a lawsuit in January 1980. By the time of trial, the company was facing more than 300,000 similar claims after employees and other workers were diagnosed with mesothelioma or other health conditions. Since then, the company has continued to deal with thousands of asbestos claims against it for wrongful exposure.

One such case was filed by Richard Keeney, a Navy veteran who worked with a variety of asbestos products during his tenure, including those from A.W. Chesterton. He claimed he was never provided any safety information about asbestos or protective gear, and wasn’t fully aware of the dangers. Richard developed mesothelioma due to his exposure aboard naval vessels. As a result, he was awarded more than $5.5 million for medical expenses, loss of income and the pain and suffering caused by his diagnosis.

A.W. Chesterton continues to handle similar claims today. If you believe you or a loved one was exposed, learn how a mesothelioma lawyer can help.