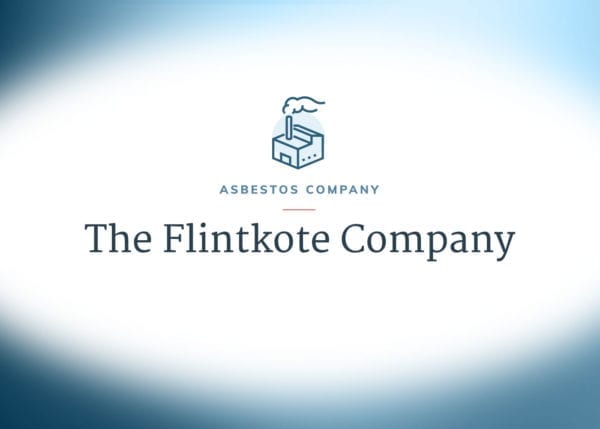 The Flintkote Company History of Asbestos Use

Founded in 1901, the Flintkote Company incorporated in Massachusetts in 1917. The New England-based company began producing roofing materials, most notably asphalt shingles. The products were quickly successful, allowing Flintkote to begin selling their roofing materials overseas in 1920.

In the 1930s, the company began adding asbestos to its products. At the time, the cheap additive was used by many manufacturers to increase product durability, strength and resistance to fire. Flintkote added asbestos to many of its products, including their shingles, siding and cement.

Flintkote Plant Locations During The Company’s Asbestos Use

The company experienced booming business through the 1930s while producing asbestos-containing products. In 1936, the Flintkote Company began offering public stock options and diversified its products to include boxes for other consumer goods.

Beginning in 1956, Flintkote acquired businesses that enabled them to branch out into new industries including gypsum, piping, paper products and additional cement goods. Within seven years, the company operated almost 150 plants, 21 of which were international. The company’s highest-grossing products, however, continued to be its construction and building materials, most of which contained asbestos.

Throughout the 1970s and into the 1980s, the Flintkote Company experienced a financial downturn, with declining sales year after year. The hardships were due to a combination of increased labor costs and strikes causing delays in production at the Flintkote plants. By this time, the dangers of asbestos and its link to health risks like mesothelioma were also well known. As more and more people were diagnosed with asbestos diseases, victims and their families began filing lawsuits against Flintkote and other asbestos companies.

By 1987, the mounting asbestos litigation costs led the Flintkote Company to sell its construction, stone and cement product units. The funds from the sale were used to address their legal woes and the company ceased all operations in 1987.

The Flintkote Company’s initial products were asbestos-free. However, beginning in the 1930s, the company started using asbestos fibers in some of its offerings. Flintkote’s asbestos-containing products included asbestos shingles, cement and siding.

The Flintkote Company included asbestos in its products until the early 1980s.

The Flintkote Company and Occupational Exposure

All those employed by the Flintkote Company between the 1930s and the early 1980s may have experienced occupational asbestos exposure. The company employed thousands of workers. In June 1971, when the company was already experiencing a decline, they employed more than 11,000 people worldwide.

Employees with repeated exposure to the company’s asbestos-containing products are most at risk of developing mesothelioma and other asbestos-related diseases.

In addition to those who worked for Flintkote, any workers who used their products or worked at jobsites with those products may also have been exposed. Industries most at risk include construction, masonry and architecture.

Occupations Impacted by The Flintkote Company’s Asbestos Use

Asbestos Litigation Against The Flintkote Company

According to reports, the Flintkote Company began to be named in asbestos-related lawsuits as early as the 1970s. However, they continued to use the dangerous mineral in production until 1982. Products containing asbestos were sold by the company until 1984.

By 2004, Flintkote had settled more than 350,000 asbestos claims, which cost them more than $630 million. The mounting costs of the asbestos litigation led the company to file for Chapter 11 Bankruptcy in 2004. At the time of filing, the Flintkote Company had an additional 155,000 pending asbestos claims.

Questions About Filing a Claim Against The Flintkote Company?

All asbestos trust funds operate in a similar way, using a payment percentage to compensate successful claims in order to maintain adequate funding for future claimants. The Flintkote Company trust has had an 11% payment percentage since its founding in 2015. However, some claimants may be awarded larger amounts based on a number of factors including age, exposure type and the firm’s settlement history.

Today, the trust continues to accept claims and compensate victims.