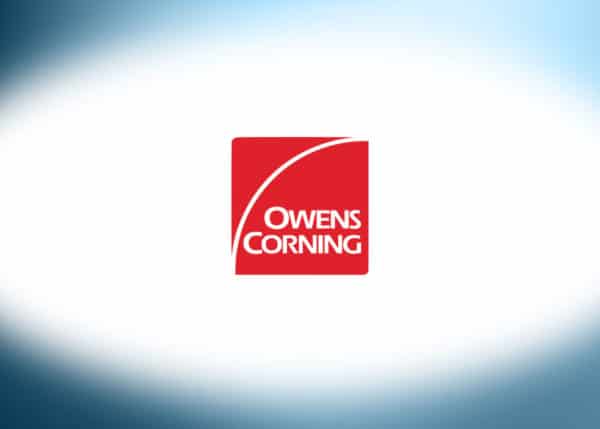 Owens-Corning Fiberglas History of Asbestos Use

Owens-Corning Fiberglas Corporation was initially founded in 1938 in Toledo, Ohio, as a joint venture split between Corning Glass and Owens-Illinois. Corning Glass experimented with manufacturing glass fibers prior to this venture, but proposed the business idea to Owens-Illinois, as the company was also experienced in the glass industry. Together, they founded Owens-Corning Fiberglas in November of 1938 and reported sales of more than $2 million by year-end.

All of their products were popular and used widely, partially thanks to their marketing. Owens-Corning Fiberglas used the Pink Panther as a mascot to promote their famous pink insulation in the 1980s.

Because their insulation products were big sellers, the company changed its name to Owens Corning in 1996 to reflect their influence on industries beyond fiberglass, including cement and other building materials. Although the company had stopped manufacturing asbestos materials in the late 1970s, thousands of workers and consumers have been exposed to their asbestos-containing products, resulting in lawsuits against the company that are ongoing today.

Owens-Corning Fiberglas manufactured asbestos materials as early as 1938, with their most common products consisting of insulation, cement and other building materials. Despite other company and research knowledge of the risks of asbestos by this time period, Owens-Corning Fiberglas did not market their products as toxic, leaving many individuals at risk of dangerous exposure.

Due to the presence of asbestos fibers in Owens-Corning Fiberglas products, many workers and consumers were exposed to hazardous fibers. With first-year sales amounting to $2.5 million and increased sales of more than $2 billion by the 1980s, thousands of factory workers mass-produced cement, insulation and other products, and millions of construction workers and individuals in other trades used the products.

Owens-Corning Fiberglas and its new company name, Owens Corning, have faced thousands of lawsuits for their asbestos-containing products. The company neglected to market their asbestos products as hazardous, knowingly exposing their employees and consumers to the materials and causing asbestos-related diseases.

One notable case was a consolidation of asbestos exposure claims against Owens-Corning Fiberglas Corporation, which was settled in the District of Columbia Court of Appeals in 1997. The spouses of Paul D. Henkel, Hubert Stine and John Phares filed a lawsuit against Owens-Corning Fiberglas and other companies in 1992 for causing asbestosis or asbestos-related cancer from their asbestos materials.

The plaintiffs used the case of Dr. Kenneth Smith to defend their claims. The former medical director of Johns-Manville, another company that manufactured materials with asbestos, claimed that medical communities knew the risks of asbestos many years before exposing employees and Owens-Corning Fiberglas neglected to accurately convey those risks. The jury ultimately found Owens-Corning Fiberglas at fault for the asbestos injuries inflicted upon the plaintiffs. All three men died prior to the trial’s end, but their families were awarded a total of $13 million in damages.

Questions About Filing a Claim Against Owens-Corning Fiberglas?

Owens Corning filed for Chapter 11 bankruptcy in 2000, as a result of multi-billion dollar asbestos liability claims. The Owens Corning/Fibreboard Corporation Asbestos Personal Injury Trust was established in August 27, 2007, and was initially funded with $1.56 billion to help settle asbestos lawsuits.

Owens Corning/Fibreboard Corporation Asbestos Personal Injury Trust settles claims for both Owens Corning and Owens-Corning Fiberglas. The payment percentage for the Owens Corning subfund is 7.8%, which covers those impacted by Owens-Corning Fiberglas. The amount claimants are compensated can vary based on a number of factors, such as the claimant’s age, diagnosis and exposure history, as well as the law firm’s settlement history.

The trust paid more than $360 million to asbestos victims that filed lawsuits against the companies within the first two years it was active, and continues to handle and pay out claims today. If you believe you or a loved one is entitled to compensation, learn how a mesothelioma lawyer can help.