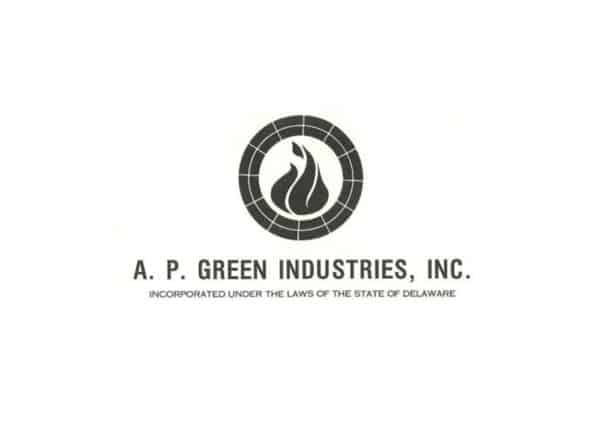 The first big change happened to the company in 1967, when they were acquired by the U.S. Gypsum Company, another corporation known for its asbestos products. After two decades of this merged business and the creation of numerous fireproof goods, Global Technologies Industries acquired A.P. Green in 1998, hoping to become a more dominant player in refractory products. After more fluctuation and mergers in the next few years, A.P. Green formed ANH Refractories with North American Refractories Company (NARCO) and Harbison-Walker Refractories Company in 2002.

Even while A.P. Green Industries saw numerous mergers and changes within their business alignments, the company remained focused on manufacturing and distributing many refractory products. By nature, refractory materials are created to withstand extremely high temperatures, pressure and chemical reactions. Since asbestos was a cheap, accessible mineral known for its durability and resistance to both fires and chemical interactions, it emerged as a popular additive within the A.P. Green product line.

During the height of asbestos use in the U.S., the company expanded its asbestos offerings, becoming a key player during the World Wars. Refractory products were vital for the boiler rooms of Navy ships, and APG became a major supplier for government cargo ships, in particular. Reports show the company at least tripled its production within the decade to meet the growing demands of the war efforts.

A.P. Green continued to expand their popular offering of asbestos refractory products through the 1970s. Their materials were largely used in boilers, ovens and furnaces, though they also offered a number of other products, like cement. During this time period, the company’s products became more widely used in a number of industries, including various plants and steel mills.

Reports indicate that APG discontinued use of asbestos in its line of offerings by 1976.

Though A.P. Green was largely focused on the manufacture and distribution of refractory products, they also created several other goods that contained asbestos cements, adhesives and coatings. The products had a range of asbestos added for durability and fireproofing, with some products having as little as 1% of the mineral added and others containing more than 15%.

The company also frequently updated how they used the additive. Their insulating cement, for instance, was first created with 9% of asbestos from 1948 to 1963. The amount was decreased to 4% until 1968, when it was lowered again to 3.5% until it ceased production in 1971. Some of their most popular products also only included asbestos for part of their production life, like A.P. Green Kast-O-Lite, which was first offered in the 1930s, but contained asbestos from 1956 until 1972.

Because A.P. Green offered a variety of asbestos-containing products, many industries and workers, as well as the general public, were at risk of exposure. As the company grew, they also increased the number of plants making the products and quickly expanded their number of employees. When APG merged with other asbestos companies, like U.S. Gypsum Company, the risk of coming in contact with asbestos materials increased and put more workers and their families in danger.

Occupations Affected by APG’s Asbestos Use

From the 1980s to its bankruptcy filing in 2002, A.P. Green faced thousands of asbestos lawsuits, despite discontinuing use of the toxin by the mid-1970s. At this point, the company had merged with NARCO and Harbison-Walker. Though all three companies’ histories relied largely on creating various asbestos products, they note that they no longer used asbestos in production at the time of their merger.  The company’s past wide use of the toxin caught up with them, and many employees were beginning to see the health risks of exposure, like mesothelioma. During this timeframe, court documents note the company spent over $448 million to resolve over 200,000 claims. If you believe you or a loved one was exposed, learn how a mesothelioma lawyer can help.

In February 2002, pending lawsuits against the company reached 235,000. For those that were liquidated, the company was already obligated to pay upwards of $490 million.

One of the higher verdicts against APG, along with co-defendants Harbison-Walker Refractories and Armstrong Contracting and Supply, was $40 million for five victims. The jury noted various asbestos products from the companies that led to exposure, including pipe covering, cement block and bricks made with asbestos strips. Jurors decided the producers recognized the dangers of asbestos and neglected to protect workers. The victims were each awarded different amounts ranging from $3.5 million to $15 million based on their medical bills, funeral expenses and the pain and suffering caused by mesothelioma and asbestos lung cancer.

As the company and its affiliates faced a declining market and an increasing amount of debt from litigation, they filed for bankruptcy in 2002. Since then, and through the formation of its trust fund, the company has paid millions of dollars to settle thousands of claims. A.P. Green continues to be a defendant and co-defendant in mesothelioma lawsuits.

Questions About Filing a Claim Against A.P. Green Industries?

At the time of its bankruptcy filing, A.P. Green Industries was ending a merger with Global Industrial Technologies (GIT) and starting ANH Refractories with NARCO and Harbison Walker. As part of these proceedings, all of these affiliated debtors and more sought Chapter 11 Bankruptcy Protection due to the growing number of asbestos claims against them. As a result, A.P. Green and these other companies created asbestos trust funds to allow mesothelioma victims to receive compensation.

The APG Trust was to be financially supported with 21% of the shares of the ANH Refractories stock, as well as insurance settlements. The trust was initially formed with $333 million in funding as a result.

The current payout percentage for APG Trust is 4.5%, but these payout numbers reflect base-level values. Claimants may receive higher award values based on various factors including, but not limited to, age, exposure, type and firm settlement history.

The APG Trust was officially created in 2013 and claims began to be accepted in 2014. Prior to this, the U.S. Gypsum Asbestos Trust Fund was handling claims against A.P. Green, as well.