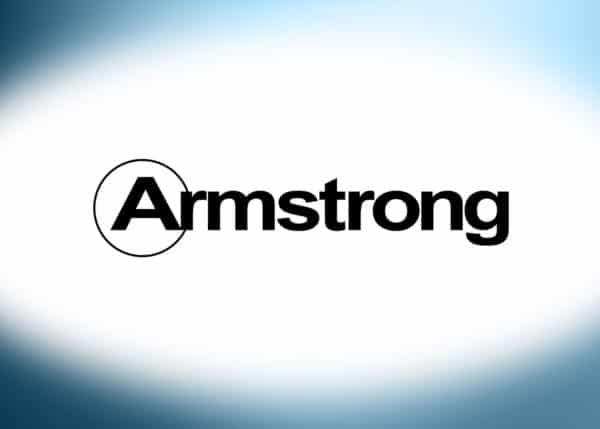 Armstrong and Glass then expanded the company to produce insulation, flooring and ceiling materials. Around this time, asbestos was also starting to grow in popularity, and was an easy and inexpensive additive to their new line of products.

The death of Armstrong in 1908 did not prevent the company from further growth. In 1907, the expansion and surging business led the company to build a linoleum factory in Lancaster, Pennsylvania. This factory was followed by further expansion into South Gate, CA; Kakakee, Il; and Jackson, MS.

Armstrong World Industries survived the Great Depression and contributed to the war effort during World War II by producing ammunition, wing tips for planes, cork insulation for submarines and camouflage. WWII occurred at the beginning of the asbestos boom and the fibers were used heavily in the war efforts by many different industrial companies.

During this time, Armstrong World Industries continued to expand and acquired other companies, some of whom may also have used asbestos in their products.

Armstrong World Industries’ first product, cork stoppers for bottles, was asbestos-free, however the same can’t be said for their expansion into insulation, flooring and ceiling products. The company used asbestos fibers in their products from 1909 until April 1987.

Asbestos-containing products produced by Armstrong World Industries included resilient floor tile, lining felt and backing for sheet vinyl and acoustic cement, among others. Asbestos was added to these building materials to improve resistance to chemicals, fire and heat.

Armstrong World Industries may have begun as a small two-person company, but by 1890 the company employed more than 750 people. The number of employees continued to grow throughout the 1900s and beyond, as the company was one of the earliest adopters of fringe benefits like dental insurance and paid vacation. As of 2016, the company had more than 3,000 employees.

All the employees who worked under Armstrong World Industries between 1909 and April 1987 may have experienced occupational asbestos exposure from the plants in which they were working or from the products themselves.

In the mid-1980s, Armstrong World Industries started to be inundated with personal injury lawsuits and other claims resulting from their previous asbestos use. Initially, the company was paying the claims by insurance they had under the Wellington Agreement. This insurance was later replaced by the Center for Claims Resolution in 1988 until the mid-1990s.

Due to cases brought against them by employees, public school districts, property owners and others, Armstrong World Industries found themselves with almost $200 million in liability and defense costs by 1994. At that time, it was estimated that in the future they would also be liable for almost $250 million in additional legal payouts.

As a result of these expenses, Armstrong World Industries filed Chapter 11 bankruptcy in December of 2000. At the time of filing, they faced more than 175,000 personal-injury claims from defendants who claimed to have developed asbestos-related diseases as a result of the company’s asbestos use.

Two years after filing for bankruptcy, Armstrong World Industries was recognized as one of the top 100 polluters in the United States for 2002. Following their litany of misfortunes, the company began working to rebrand themselves and underwent a six-year plan to reconfigure the organization.

Questions About Filing a Claim Against Armstrong World Industries?

In 2002, Armstrong World Industries announced their plans to create a billion-dollar trust in order to settle their asbestos-related lawsuits. The trust would be started with two-thirds of the company’s shares, which became available through bankruptcy.

The asbestos trust fund came to fruition in 2006 through the use of the Armstrong World Industries’ shares, cash and other securities. The trust began accepting claims on May 14, 2007 and was initially funded with $2.06 billion. Within the first two years that the trust was operational, they received more than 200,000 claims. The current base-level value payment percentage of the trust is 19.7%. The payment percentage decreased from 26% to 19.7% on October 9, 2020.

Actual payment percentages may be higher according to various factors including, but not limited to, age, exposure, type and firm settlement history. The Armstrong World Industries’ trust continues to accept and pay out claims today. If you believe you or a loved one was exposed, learn how a mesothelioma lawyer can help.