Phoenix asbestos disease patients have several treatment options available in Arizona. The city is the tenth largest by population in the U.S. and provides several renowned medical centers.

Phoenix is home to four facilities with the ability to treat mesothelioma. These centers offer experienced doctors who are well versed in treatment options for peritoneal mesothelioma and pleural mesothelioma.

Phoenix has several options for mesothelioma cancer treatment centers. For instance, the Banner Health system has medical centers located in or near Phoenix. Banner Health is a nonprofit network of 30 hospitals and is based in Phoenix. Banner – University Medical Center Phoenix specializes in mesothelioma care. Patients can access the latest treatments here, as well as various support services.

Patients may be able to participate in clinical trials at Phoenix’s medical centers. The Mayo Clinic is a nonprofit academic medical center known for research. It has two hospital locations in the Phoenix area. The Mayo Clinic Hospital offers specialized treatment for mesothelioma, including immunotherapy and gene therapy. 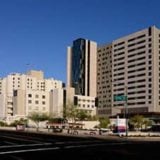 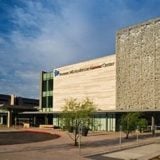 Asbestos exposure in Arizona may have led workers and residents to develop an asbestos disease. Mesothelioma patients should seek care from an experienced mesothelioma oncologist. Patients in Phoenix have access to local mesothelioma doctors specializing in the latest diagnostic tools and treatment options. They can also provide valuable knowledge about this rare cancer and its progression.

Phoenix residents diagnosed with an asbestos-related disease may be eligible for financial compensation. Pursuing legal options in Arizona can help patients cover costs associated with their diagnoses. Compensation can be used for medical expenses and lost wages.

Compensation may result from a mesothelioma settlement, lawsuit verdict or an asbestos trust fund claim. Individuals diagnosed with mesothelioma in Phoenix have received compensation.

To pursue compensation, victims should contact an experienced mesothelioma lawyer.

Finding a Lawyer or Law Firm in Phoenix, Arizona

Each state has filing deadlines, called statutes of limitations. These statutes dictate how many years after a death or diagnosis a lawsuit must be filed. An attorney can help victims file their lawsuit in a timely manner.

Statutes of Limitations for Phoenix

04. Asbestos Use in Phoenix

Asbestos Use in Phoenix, Arizona

Asbestos was prominently used in Phoenix from the mid-1900s to the early 1980s. Despite asbestos regulations in place today, many individuals in Phoenix still face exposure to asbestos. Residents of Phoenix may still come into contact with asbestos in worksites, homes and other buildings.

Asbestos was incorporated into Phoenix landmarks, schools, homes and other areas. Now decades old, many of these buildings require demolition and renovation. If disturbed, asbestos products may release fibers into the air. Airborne fibers can be inhaled or ingested, putting individuals at risk for mesothelioma.

Over the years, many Phoenix landmarks have presented asbestos concerns. These include Air Force facilities, office buildings and schools. Notable sites of confirmed asbestos use in Phoenix include:

These exposure sites may have exposed thousands of asbestos workers, their loved ones and other bystanders.

One of the most prominent asbestos exposure sites in Phoenix was the W.R. Grace vermiculite plant. Vermiculite is a harmless mineral often found near asbestos. When mining vermiculite, the mineral can be contaminated with asbestos.

Vermiculite was used frequently in insulation products. Experts estimate 80% of the world’s vermiculite supply came from the asbestos-contaminated mine in Libby, Montana.

The asbestos company was responsible for manufacturing many asbestos-containing vermiculite products. Once mined, the vermiculite was transported from Montana to a processing facility.

Anyone working at the Phoenix plant before 1992 may have been exposed to asbestos.

In 2001, the Environmental Protection Agency (EPA) began a country-wide evaluation of sites that received vermiculite from the Libby mine. The EPA oversaw asbestos abatement actions, including:

These actions helped to reduce the risk of asbestos exposure from the Phoenix plant. However, remediation records mark several areas as a continuing potential hazard. These include on-site soil, residential settings and consumer products.