Mesothelioma and Asbestos Exposure in Arizona 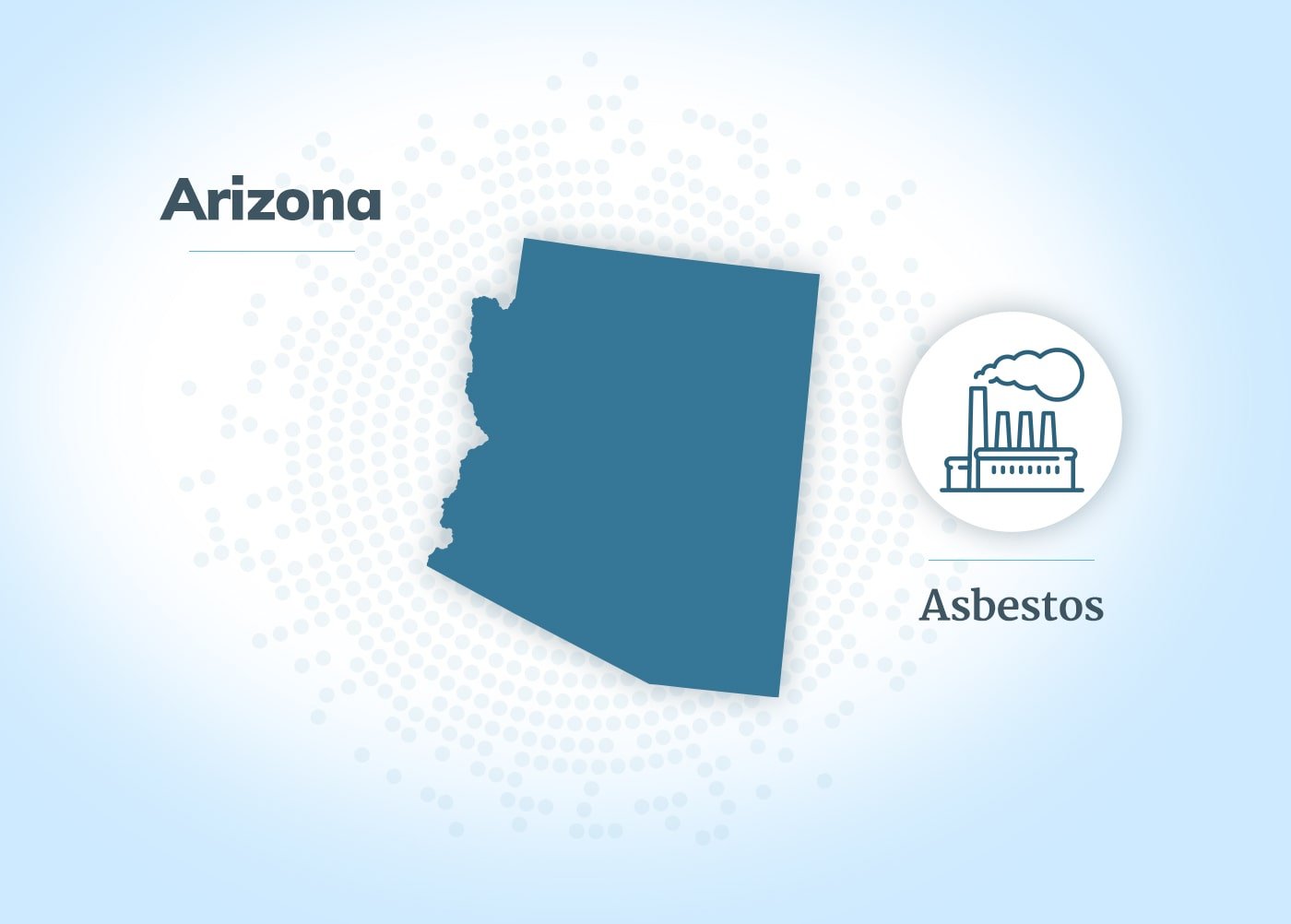 Mesothelioma and Asbestos Statistics in Arizona

Asbestos Use in Arizona Work Environments

Arizona has a lot of naturally occurring asbestos, which contributed to its usage in a lot of different industries.

Though the last asbestos mine in Arizona shut down in the early 1980s, it was extremely prevalent throughout the state because of the large amounts of natural chrysotile asbestos. Asbestos was also once considered the most important resource at the San Carlos Indian Reservation, which led to the operation of 7 asbestos mines.

Copper mining was also quite prevalent in Arizona, which created the need for copper smelters, who would use heat and chemical processes to melt and refine the metal ore. Companies like Phelps Dodge Copper Mine and Magma Copper Company used asbestos in their equipment because of its durable properties.

Four oil refineries in Alabama, like the Coastal Mobile Refinery, used a variety of asbestos materials in construction of the facility and the required machinery for the chemical processes, putting many oil refinery workers at risk.

Various manufacturing companies used asbestos in their machinery and facilities. An infamous asbestos manufacturer, W.R. Grace and Co, also operated a vermiculite packing plant in Phoenix known as Solomon’s Mines, Inc. The vermiculite from this company was contaminated with asbestos from their mines in Libby, Montana, putting employees of the plant at risk of exposure.

Asbestos was used throughout the military, including the United States Air Force and Marines. Williams Air Force Base and the Yuma Marine Corps Air Station were two important facilities for the military, among the leading training stations for their respective branches. Ultimately the station in Yuma was listed as Superfund Sites because of various environmental contaminants, including asbestos.

Power Plants: Companies like the Cholla Power Plant and the Yucca Power Plant made use of a variety of asbestos products in their machinery and construction. Industrial safety experts have stated that power plants are among the most hazardous when it comes to asbestos exposure.

Questions About Mesothelioma and Asbestos Exposure in Arizona?

Arizona has had a few sites added to the Environmental Protection Agency’s Superfund list because of environmental concerns, including asbestos.

The 17 acre Mountain View Mobile Homes were established in 1973 on the site of a former asbestos mill, Metate Asbestos Corporation. Two of the three mills were originally ordered to close because they failed to meet the EPA’s emission requirements. Former mill owners, however, attained permits to rezone the area into a residential property. In doing so, they covered up various asbestos waste contaminating the grounds with topsoil and even left some of their equipment around the area. At the same time, the third asbestos mill continued to operate nearby. The site was added to the Superfund list in 1982, temporarily rehoming the approximately 100 or so residents during cleanup. After extensive cleanup efforts and further investigations, the site was removed from the list in 1988.

The Yuma Marine Corps Air Station (MCAS Yuma) occupies almost 3,000 acres near Yuma. It originally served as a training facility for the Air Force, but was transferred to the Marines in the late 1950s. The site was included on the Superfund list in 1990, primarily because of contaminated groundwater and improper disposal of waste fuels directly on the grounds. The soil was also found to be contaminated with asbestos from various waste materials. The military and ADEQ worked on a remediation process, installing wells and testing samples. Monitoring and maintenance activities remain in place today.

Provided below is a list of cities in the state of Arizona where asbestos use in the workplace is known to have occurred. Click on a city below to see more detailed information about the specific job sites where asbestos exposure occurred.

Beyond the major cities and towns in Arizona, asbestos exposure has also occurred at a number of other job sites. Select a town to see the list of its work sites where asbestos exposure occurred. Asbestos exposure at any one of the sites revealed could put a worker at risk to develop pleural mesothelioma.