Asbestos Exposure and Mesothelioma in Montana 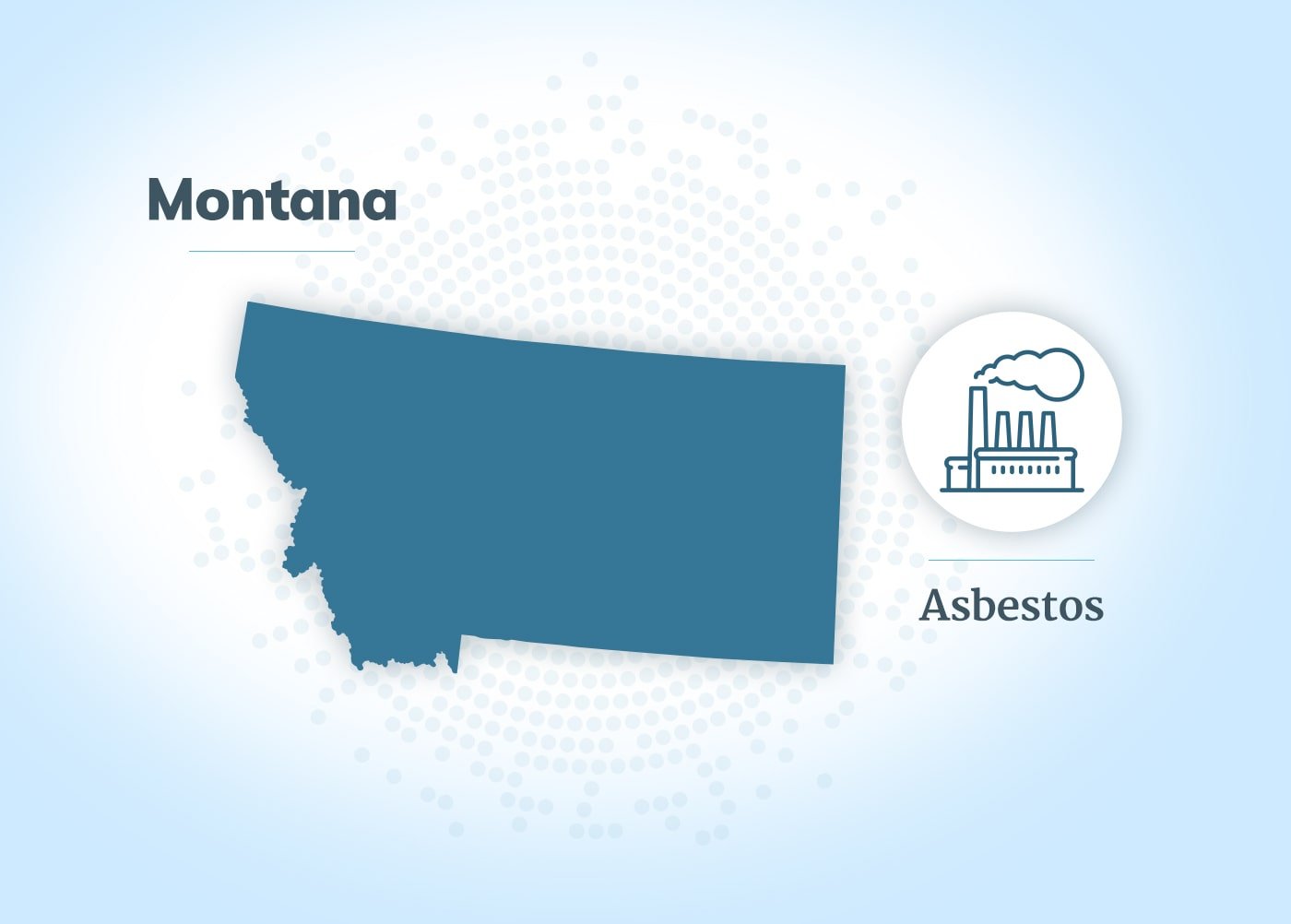 Mesothelioma and Asbestos Statistics in Montana

Many areas of Montana are sparsely populated, but asbestos exposure is still a problem near major cities and industrial centers.

Montana is home to perhaps the most notorious example of asbestos exposure in the United States, with mines in the northeastern part of the state being responsible for a significant number of mesothelioma cases.

The vermiculite mines in Libby, MT, operated for decades distributing the naturally occurring mineral all across the country for use in insulation and other products. Unfortunately, the vermiculite was contaminated with asbestos, exposing miners, their families, and other members of the nearby town to the deadly material. In 1999, the EPA began a cleanup of the site which has lasted more than 15 years. Other mines that have put workers at risk of asbestos exposure include United Sierra Division of the Cyprus Mines Corporation, the Anaconda Copper Mining Company in Butte, the Stillwater Mining Company in Billings, and the National Mining and Exploring Company in Helena.

Montana is home to a number of oil refineries where asbestos packing has been used in pipe fittings, as well as much of the protective clothing worn by refinery workers. Conoco Oil Refinery, American Smelting & Refining, Farmer’s Union Co-Op Oil, and the Laurel Oil and Refining Company are all known to have exposed their workers to deadly asbestos, which is known to cause mesothelioma.

At least six Montana power plants have been identified as asbestos problem sites. In addition to being flame-resistant, asbestos is also resistant to electrical current, and its use in power-generating facilities has put many employees at an elevated risk of asbestos-related illness. A few of worst offenders include Montana Power & Light Company, the Montana Powerhouse in Sidney, and the Helena Power Transmission Company.

The sugar industry has historically used asbestos during the refining process, where filters made of the fibrous mineral were used after other materials were found not to work was well. The Montana agricultural industry relies heavily on sugar beet crops, and many sugar processing plants in the state have had problems with asbestos exposure, including Holly Sugar Corporation, Amalgamated Sugar Company, Great Western Sugar Company, and Billings Sugar Company.

Montana’s wide swaths of forest have historically been a source for a thriving logging and paper industry, with dozens of sawmills and paper mills located throughout the state. These jobsites put thousands of sawyers, woodworkers, and other employees at risk of exposure to asbestos used in the machines and other aspects of the production process. Companies that put their workers at risk include C&C Plywood Corporation, Cascades Plywood Company, Dupuis Lumber Company, Broeder Lumber Company, and the St. Regis Paper Company.

Questions About Mesothelioma and Asbestos Exposure in Montana?

The EPA has placed several sites in Montana on its Superfund list due to the presence of asbestos.

In 1919, the largest and oldest vermiculite mine in the United States opened near Libby, MT, and soon the site began producing upwards of 80% of the vermiculite in the world. In the early 1960s, W.R. Grace bought the mines, and continued production until the 1990s. As it turned out, the vermiculite was contaminated with asbestos, causing massive exposures for both the workers at the mines directly, as well as secondary exposure for their family members, friends, and others in the town of Libby. The EPA has estimated that almost 10% of the town died due to asbestos-related diseases like mesothelioma and asbestosis. In addition to having to pay damages to mesothelioma survivors (or their surviving family members), a number of W.R. Grace executives were brought up on criminal charges for the exposures.

The largest Superfund site in the country is known as the Upper Clark Fork River Basin, which is made up the Anaconda Copper Mill and surrounding areas in Butte, MT. The site as a whole consisted of many different contaminants, including heavy metals, phosphorus, and flue dust. One of the contaminants found in the area was asbestos, contained primarily in the stormwater infrastructure (pipes and concrete) of Butte Hill. Since the early 1980s, the EPA has been dealing with the fallout of contamination in this area and is presently working on a final plan to remediate the site.

Learn more about asbestos exposure in the major towns and cities of Montana by clicking on the links below. If you worked at any of the jobsites highlighted on these pages, there is a possibility that you may have been exposed to asbestos which is known to cause the terminal cancer mesothelioma.

Asbestos exposure is also a problem if you look beyond the major cities and towns in Montana. Select a town to see the list of its job sites where asbestos exposure occurred. Asbestos exposure at any one of the work sites revealed could put a worker at risk to develop mesothelioma cancer.