Pittsburgh mesothelioma patients have access to high-quality treatment options for mesothelioma. With several cancer centers and mesothelioma doctors in the area, patients can find a medical team that aligns with their needs. Patients can access personalized care from doctors at these facilities in Pittsburgh. Many of the centers have active research programs as well, which could help patients access clinical trials.

Mesothelioma patients in Pittsburgh may find treatment at nearby medical centers and hospitals. One of the top mesothelioma treatment centers in the United States is the UPMC Hillman Cancer Center, located in Pittsburgh.

UPMC Hillman Cancer Center is home to the Mesothelioma Specialty Care Center. This center employs specialists in many fields. These specialists provide mesothelioma patients with holistic and quality care. The center offers many mesothelioma treatments, including heated intraperitoneal chemotherapy (HIPEC), pleurectomy and peritonectomy. 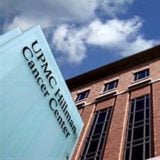 Patients should choose a mesothelioma doctor due to their experience with this rare disease. These doctors can assist patients and family members throughout the treatment and recovery process.

If you were exposed to asbestos in Pennsylvania at a commercial, residential or military site and have been diagnosed with mesothelioma, you may be entitled to compensation. A mesothelioma lawyer can help victims understand their legal options and the filing process.

Finding a Lawyer or Law Firm in Pittsburgh, Pennsylvania

Pittsburgh workers, residents and homeowners may have experienced asbestos exposure. As a result, they may develop an asbestos disease and be eligible for compensation.

Statutes of Limitations for Pittsburgh

Mesothelioma victims should seek legal representation from a dedicated law firm. An experienced mesothelioma lawyer can help gather information and build a strong case. These lawyers can help victims secure the compensation they deserve.

Successful asbestos lawsuits in Pittsburgh include:

04. Asbestos Use in Pittsburgh

Asbestos Use in Pittsburgh, Pennsylvania

Pittsburgh was an industrial stronghold for many years. The city continues to provide many manufacturing jobs. Manufacturing and industrial workers are among those most likely to be exposed to asbestos on the job. Notable Pittsburgh companies that used asbestos include the Alcoa Corporation and Pittsburgh-Corning.

In addition to occupational exposure, Pittsburgh residents may have been exposed at home, in office settings or other buildings constructed before 1980.

Secondary exposure is another concern for Pittsburgh residents. Secondary exposure occurs when asbestos fibers settle on an individual’s person or belongings. The fibers travel home with that individual, potentially exposing loved ones and family members.

Any form of asbestos exposure can cause mesothelioma, lung cancer and asbestosis.

Asbestos exposure in schools is an ongoing problem across Pennsylvania. In recent years, reports have shown asbestos contamination in Scranton and Philadelphia School Districts. This issue extends to Pittsburgh.

Asbestos products used in utility systems may include:

Because of this asbestos use, other teachers, faculty, staff and students may continue to risk exposure in Pittsburgh schools.

Pittsburgh asbestos exposure also took place at Schenley High School. The school was built in the 1910s and contained many asbestos construction materials.

In 2008, investigations discovered the materials were in poor condition. These could have exposed staff, faculty and students to asbestos. Due to the high cost of removing building-wide asbestos products, students were relocated, and the school was closed.

In 2015, plans to turn the building into apartments were announced. Remediation efforts have since begun.