Patients with mesothelioma or other related diseases in Houston have many quality treatment options. Houston is one of the largest cities in the United States. As a result, the city offers many state-of-the-art facilities for mesothelioma treatment. For instance, The University of Texas MD Anderson Cancer Center is consistently rated as one of the best hospitals for cancer care in the United States.

Mesothelioma specialists practice at several cancer centers in Houston and other nearby Texas cities. Patients can seek personalized care from doctors with experience treating all types of mesothelioma.

Mesothelioma patients in Houston can seek treatment at several well-known cancer centers in the area. The Lung Institute at Baylor College of Medicine has a designated Mesothelioma Treatment Center. Patients may access the latest treatments for mesothelioma, including clinical trials. The University of Texas MD Anderson Cancer Center is another leader in mesothelioma research, giving patients the opportunity to participate in clinical trials. 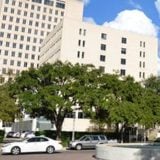 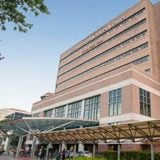 Mesothelioma patients should seek care from a doctor who specializes in the cancer. In Houston and the nearby area, patients can access various mesothelioma specialists at different cancer centers. These doctors have experience treating mesothelioma with the latest therapies, including immunotherapy. They will develop personalized treatment plans for patients. Many of these doctors are also involved in mesothelioma research, which can help patients access clinical trials.

Director of the Department of Mesothelioma Program
Houston, TX
Bio

If you were exposed to asbestos in Texas at a commercial, residential or military site and have been diagnosed with mesothelioma, you may be entitled to compensation. Due to the presence of asbestos in Houston, victims have filed lawsuits against those responsible for exposure. For example, workers involved with the Houston water main pipe repairs may be able to seek compensation if they develop an asbestos illness. Workers and residents have filed successful claims against various asbestos companies in Houston.

Finding a Lawyer or Law Firm in Houston, Texas

Houstonians should work with lawyers experienced in Texas mesothelioma lawsuits for their asbestos-related cases. Claimants can seek legal assistance from local and nationwide law firms experienced in asbestos litigation. These law firms understand the state laws and how they impact filing requirements.

Statutes of Limitations for Houston

Mesothelioma law firms can help patients or their surviving loved ones understand all of their claim options, such as a lawsuit or an asbestos trust claim. Asbestos lawyers in Houston can also file the claim on the victim’s behalf. Experienced mesothelioma attorneys can help victims secure the compensation they deserve.

Examples of clients served in the greater Houston area:

04. Asbestos Use in Houston

Asbestos Use in Houston, Texas

Chrysotile asbestos is the most common type found in Houston, according to abatement specialists. It can be found in construction materials, automotive parts and other products used throughout the country. In Houston, asbestos has been identified in many homes, worksites, landmarks and other buildings. Houston companies in industries such as oil refining, chemical processing, manufacturing and more used asbestos materials. This widespread use of asbestos puts workers, residents and visitors at risk of exposure.

The Houston Astrodome and Asbestos

The Houston Astrodome is known as the “Eighth Wonder of the World.” The stadium was once viewed as an architectural marvel. However, over time concerns have emerged regarding the building’s construction materials.

Despite various plans to restore the Astrodome, it currently sits vacant. The landmark is inaccessible by the public to prevent hazardous asbestos exposure.

Contractors used asbestos building materials throughout the Astrodome. The landmark has gone through various phases of asbestos abatement. The final phase was scheduled for completion around the end of 2019. However, political changes have paused the building’s renovation. The fate of the Astrodome is currently unknown.

The NASA Johnson Space Center is a well-known landmark constructed with asbestos. The Space Center has undergone extensive renovations in recent years. NASA prioritized the removal of asbestos and other toxins. NASA collected and shared asbestos precautionary measures with employees, including:

Water pipes throughout the United States were constructed with asbestos cement. This practice started in the 1930s and continued through the 1970s. Cities throughout Texas have experienced issues with asbestos water pipes, including Houston, Arp and Devine. As asbestos cement pipes deteriorate, asbestos and other contaminants could enter water mains. The Environmental Protection Agency (EPA) has since recognized the dangers of asbestos pipes, including the risk of asbestos in drinking water.

In 2011, asbestos pipes in Houston were disturbed, exposing pipe repair workers. Workers voiced their concerns with the Asbestos Disease and Awareness Organization (ADAO). The workers recalled being instructed to cut the pipes using power saws and sledgehammers for removal. Workers also attested they weren’t informed about the presence of asbestos or given proper Personal Protective Equipment (PPE) for asbestos handling.

The ADAO addressed the issue in a November 2012 press release. The organization issued the following warnings to the City of Houston:

There are now regulations in place for asbestos in drinking water. The EPA established the Safe Drinking Water Act (SDWA), limiting asbestos to 7 million fibers per liter (MFL).

The EPA also addressed the dangers of asbestos pipe handling. In May 2019, the EPA approved an alternative work practice standard regarding asbestos cement pipes. The work practice is referred to as close tolerance pipe slurrification (CTPS). The practice helps prevent friable asbestos, or asbestos that easily crumbles and releases fibers into the air.