Asbestos Exposure and Mesothelioma in Minnesota 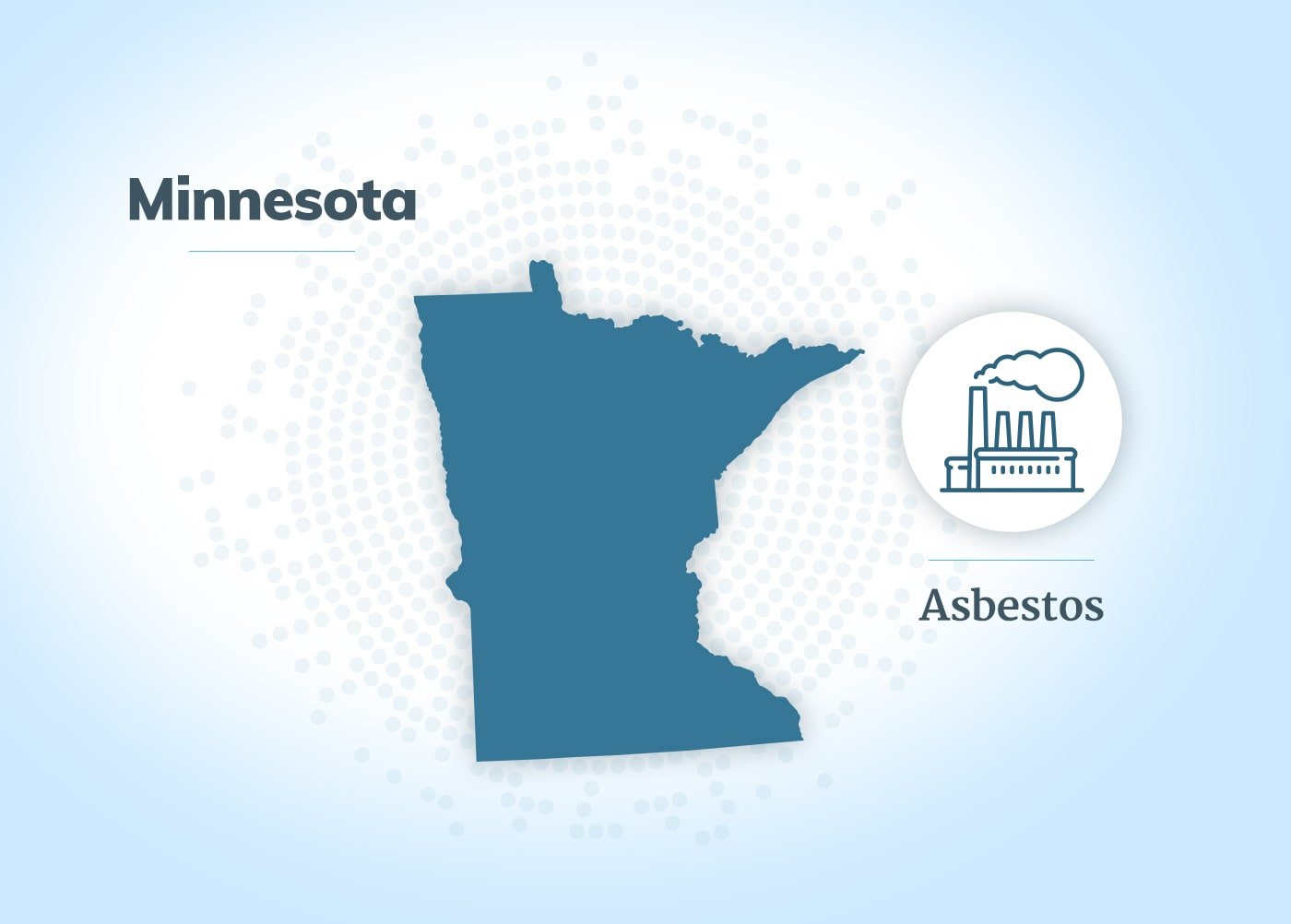 Asbestos Use Across Minnesota Industries

Much of Minnesota’s economy relied heavily on industries that used asbestos in their equipment or facilities. Many workers also faced potential exposure through the vast amount of mining in the northeast region of the state.

Home to the region known as the Iron Range, Minnesota had a booming iron industry and opened several iron mines through the 1970s. When existing iron deposits started to deplete, the industry turned to taconite, a low-grade form of iron ore, to try to extract any available iron left. Taconite dust, however, contains asbestos-like fibers that have led to a high development of mesothelioma among taconite miners. A 5-year study on taconite miners recently released by the Minnesota Department of Health revealed that these miners had a risk three times higher than the state average.

Minneapolis became an important industrial city, especially for flour mills. In the late 19th century, dozens of flour mills opened and it became known as the “Flour Milling Capital of the World” for several decades. Big manufacturers General Mills and Pillsbury both opened factories in Minneapolis and remain there today. Unfortunately, many of these facilities, including the two owned by these well-known brands, used asbestos materials in their construction and equipment.

Koch Petroleum Group, located near the Twin Cities, and Marathon Refinery in Saint Paul, are no exclusion to the number of oil refineries across the country that used asbestos. Today, however, the oil refinery owned by Koch Industries is now known as the Pine Bend Refinery and has even won several awards for environmental safety. What was once a prime example of a “big, bad oil company” that improperly disposed of various wastes is now an example of a refinery focused on environmental and public health safety which can set the tone for a needed change throughout the industry.

Power plants are an asbestos hazard throughout the United States, since the mineral was viewed as an ideal protectant against the possibility of combustion and fires at these facilities. Sherco Power Plant, Sherburne County Power Station and Municipal Power Plant are only a handful of many power plants in Minnesota that put workers at risk.

Questions About Mesothelioma and Asbestos Exposure in Minnesota?

Two sites in Minnesota were added to the Environmental Protection Agency’s Superfund List for asbestos concerns among other environmental problems. Both sites went through extensive cleanup efforts and have since been taken off the Superfund List.

Located in Cass County on the shores of Agate Lake, the 8-acre Agate Lake Scrapyard was operated from 1952 to 1982. The site served as a scrapyard for metals and scrap iron, which contaminated the soil and groundwater over time. The various construction wastes that were also disposed of at this site included asbestos pipe insulation. The site was added to the Superfund list in 1986, and was later removed in 1997 after extensive cleanups and further evaluations.

The Olmsted County Sanitary Landfill in Oronoco began operations in 1984, after being owned by the City of Rochester 1972. When the landfill began operating in 1984, it accepted a wide variety of industrial waste including asbestos materials and solvents. The wastes were not disposed of properly, however, and seeped into the surrounding soil and groundwater. The EPA added the site to its Superfund list just two years after the landfill took over the space. In 1994, the county capped the landfill and installed a waste management system. The site was taken off the list in 1995, and has been occupied by a local model airplane club since 2008.

Provided below is a list of cities in the state of Minnesota where asbestos use in the workplace is known to have occurred. Click on a city below to see more detailed information about the specific job sites where asbestos exposure occurred.

Asbestos exposure is also a problem if you look beyond the major cities and towns in Minnesota. Select a town to see the list of its job sites where asbestos exposure occurred. Asbestos exposure at any one of the work sites revealed could put a worker at risk to develop mesothelioma cancer.