Workers and residents may have been exposed to asbestos in Hawaii, leading to an asbestos disease diagnosis. Mesothelioma patients in Honolulu, Hawaii, have access to a variety of treatment options. Treatment at nearby mesothelioma care centers may help patients extend survival.

Mesothelioma treatment may vary depending on the patient’s disease location and stage. Doctors may work with patients to create a personalized treatment plan for their diagnosis. 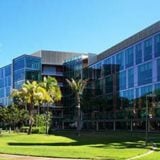 Individuals with mesothelioma or another asbestos-related disease near Honolulu may contact a specialist with experience treating the disease. Mesothelioma doctors in Honolulu may develop personalized treatment plans for patients.

Working with a mesothelioma specialist ensures that patients have access to innovative treatment methods. Top doctors are often affiliated with medical centers and research institutes that offer support for patients and their family members.

Asbestos victims and their families may recover compensation for medical bills and other costs related to a mesothelioma diagnosis.

Finding a Lawyer or Law Firm in Honolulu, Hawaii

Families in Honolulu impacted by an asbestos-related diagnosis should contact a mesothelioma lawyer. They can explain a victim’s eligibility for lawsuits and different claim types. For instance, victims may file a lawsuit against negligent asbestos companies. Many companies knew about the dangers of asbestos but continued to manufacture or use asbestos-containing materials.

Statutes of Limitations for Honolulu

Attorneys can explain what documentation is needed to file a lawsuit and help their clients recover evidence. Family members and loved ones may also seek compensation on behalf of a deceased asbestos victim.

Examples of clients served in the Honolulu area include:

04. Asbestos Use in Honolulu

Asbestos Use in Honolulu, Hawaii

Various industries in Honolulu relied on asbestos, exposing workers and residents. Asbestos has been used in Honolulu shipyards, commercial buildings and industrial facilities.

As Hawaii’s largest city, Honolulu has significant power demands. Asbestos was frequently used in the island’s generating stations and power distribution plants. Asbestos was also used at local Honolulu sugar mills due to the heat-generating refining processes. Factories and packing facilities in Honolulu that contained asbestos include:

Honolulu is also a seaport known for its shipping and naval industry. Reports show various asbestos products were used at Honolulu’s shipyards.

Honolulu and the Island of Oahu have an important connection to the U.S. Navy and the Pearl Harbor Naval Shipyard. For decades, the shipyard used asbestos to build submarines and other vessels.

According to data from the Centers for Disease Control and Prevention (CDC), shipbuilding is the most dangerous profession for asbestos exposure based on proportionate mortality ratios. Asbestos exposure levels are typically high in these professions, especially among individuals who built and repaired ships.

Asbestos was also used in other naval facilities in Honolulu. As recently as 2000, asbestos was discovered in the Schofield Barracks, forcing many soldiers to relocate.

Today, the Pearl Harbor Naval Shipyard is also a part of a massive asbestos Superfund site that spans more than 12,600 acres of land and water. As part of the cleanup efforts, the Environmental Protection Agency (EPA) is addressing asbestos contamination in the soil.

Asbestos could also be found in various factories and power plants in Honolulu. Several notable facilities were operated by the Hawaiian Electric Company, including the Kahe IV Power Plant and the Waiau Power Plant. These steel-frame facilities date back to the 1930s and were built with corrugated asbestos paneling. This put insulators, pipefitters and other workers at risk of exposure at these sites.

Power plants also used asbestos to insulate boilers, steam pipes and turbines. The use of asbestos products endangered workers and contractors during installation and repair.