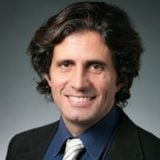 Dr. Michele Carbone serves as a professor of Pathology at John A. Burns School of Medicine, through the University of Hawaiʻi at Manoa in Honolulu, and focuses his efforts on mesothelioma research. Dr. Carbone received a board certification in pathology and works with his team of scientists to research the process by which human mesothelial cells, which surround the lungs, transform into cancer cells. Dr. Carbone is recognized for his extensive research in Cappadocia, Turkey, where asbestos exposure and mesothelioma diagnoses are extremely high.

In Dr. Carbone’s research, he discovered that asbestos exposure triggers the secretion of certain proteins in the human body that could make some mesothelial cells resistant to asbestos. This means that some exposed cells may survive asbestos exposure and eventually become cancerous. Dr. Carbone also examined patient genetics in their relation to the likelihood of them developing mesothelioma. Dr. Carbone has published more than 150 scientific papers noting these and other discoveries, the majority of them investigating the mechanisms that cause mesothelioma in humans.

Dr. Carbone’s work studying erionite exposure in Turkey, where certain towns have been nicknamed “death villages” after mesothelioma has claimed half their inhabitants, led the Turkish Ministry of Health to build two erionite-free villages to protect its residents. His work in these villages also revealed that certain individuals are more genetically-susceptible to the disease, which means that genetic testing may be able to better predict individuals who are at a higher risk, leading to earlier diagnosis and better treatment. Overall, Dr. Carbone hopes his research has a global impact and can help lead to a cure.

“This is the first gene that proves the concept that the genetic makeup of an individual influences how that individual will be susceptible to environmental carcinogens,” Carbone said. “It’s very important, especially because it gives us a tool to identify, among the many people who are exposed to asbestos or to erionite, those who are at higher risk. There are an estimated 27 million people who have been exposed to asbestos in the United States. It is impossible to follow all of them up for early detection.”