Asbestos Exposure and Mesothelioma in Hawaii 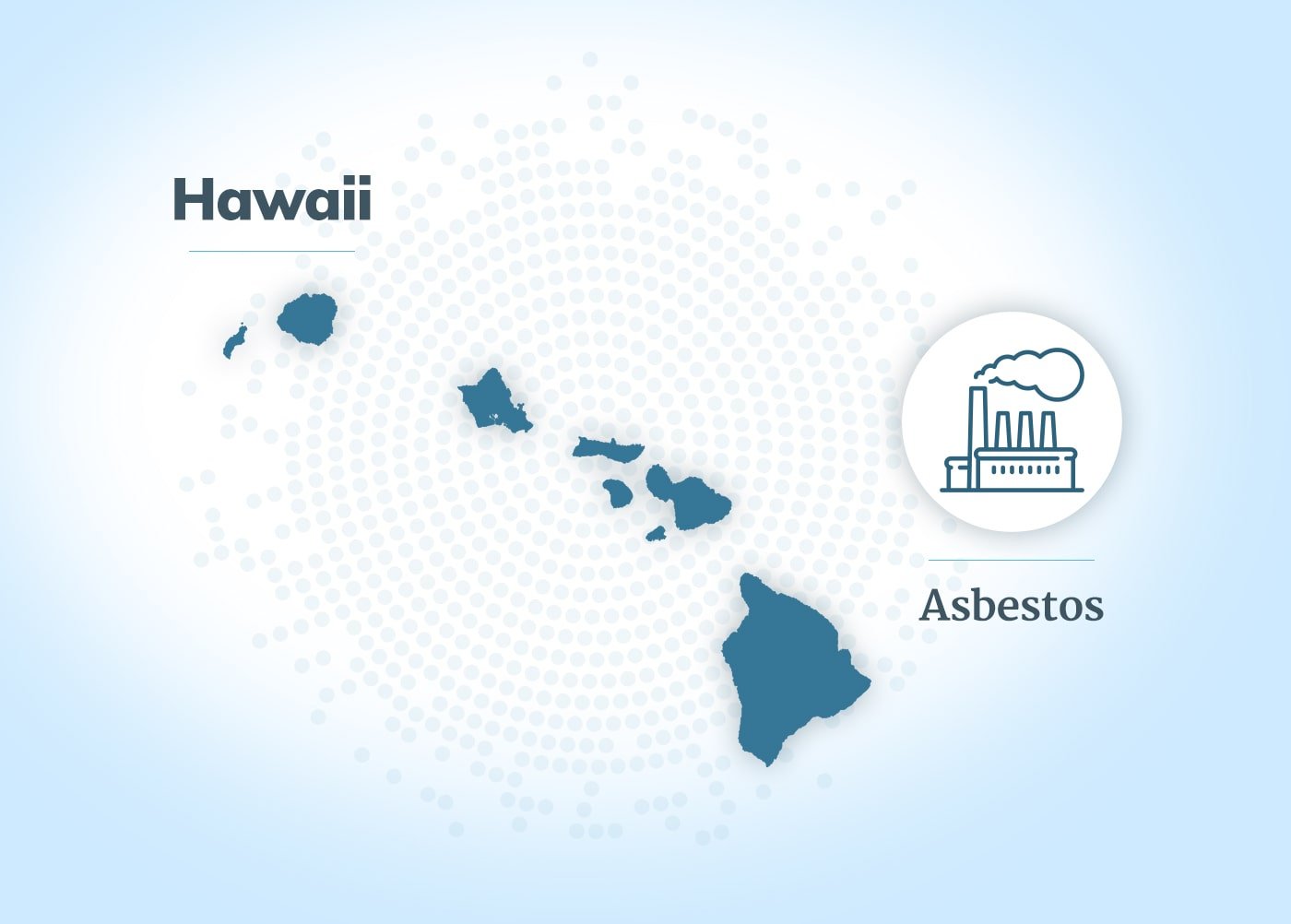 With no naturally occurring deposits of asbestos on the Hawaiian Islands, all asbestos exposure in the state comes from commercial activity.

As a state made up of islands, shipping understandably is a very important part of Hawaii’s economy. This is especially true in the late 19th century and early 20th century with the growth of the whaling and fishing industries, and then even more so leading into World War II, when shipping was controlled by the military government. Today, more than 80% of the state’s goods are imported through Honolulu Harbor, which also sees the arrival of nearly 260,000 cruise ship passengers each year. Given the amount of asbestos used in ships, this makes for a lot of potential exposure over the years.

Asbestos has often been employed in agricultural machinery used during planting, harvesting, and processing crops. The sugar industry is particularly well known as an agricultural concern that has exposed a lot of workers to asbestos, and firms like the Hilo Sugar Company, Hutchinson Sugar Plantation Company, and Paauhau Sugar Plantation Company are all confirmed jobsites that have led to mesothelioma diagnoses. Other agricultural companies with known exposure to asbestos include the Hawaiian Pineapple Company, Dole Company, and Lahaina Plantation.

The U.S. Navy base at Pearl Harbor is certainly the most well-known military base in Hawaii, but the state’s islands also house a number of U.S. Army facilities, including a medical center and an airfield. Given the state’s position far from the mainland, the U.S. Coast Guard also operates two significant bases in Honolulu and Wailuku. Military use of asbestos is high, especially in naval ships, and each of these installations exposed military personnel, civilian workers, families, and others to the dangers of asbestos during the course of operation.

Like many other places, Hawaii’s power plants have led to a lot of asbestos exposure for the individuals who keep the electricity flowing. Some of the worst offenders include Bechtel Power in Honolulu, the Hawaii Electric Light Company in Hilo, and the Maui Electric Company in Maui. Asbestos was often used to insulate power generating apparatus from the heat and electricity created during the process.

Questions About Mesothelioma and Asbestos Exposure in Hawaii?

Since the first Polynesian travelers found the Hawaiian Islands by boat, those who lived there have maintained a rigorous shipping industry, eventually creating large shipyards and harbors for ocean-going vessels to be constructed, maintained, and repaired.

Pearl Harbor was an important base of operations long before the attack that drew the U.S. into World War II, with commercial shipping ties going back as far as the 1820s. Growth of the whaling industry and trade with Asia in the late 19th century led to a constant naval presence in Hawaii waters, but a permanent base was not established in the harbor until the island kingdom was annexed in 1899. After the 1941 attack, the naval base became the front line of defense in the Pacific War, and from 1943 until the end of the war in 1945, more than 5,500 ships spent time at Pearl Harbor’s facilities, causing an unfathomable amount of asbestos exposure for those who worked and lived there.

A private company providing shipbuilding and repair services to the U.S. Navy, Pacific Shipyards launched its first shipyard in Honolulu in 1944, during the last year or so of World War II. After the war, the shipyard continued providing services for military and commercial vessels, including constructing the free-floating platform used as the setting of the film Waterworld. Throughout the company’s history, workers at the shipyard have been exposed to asbestos in many different forms, as the material was used in many different applications aboard both marine vessels.

Provided below is a list of cities in the state of Hawaii where asbestos use in the workplace is known to have occurred. Click on a city below to see more detailed information about the specific job sites where asbestos exposure occurred.

Asbestos exposure is also a problem if you look beyond the major cities and towns in Hawaii. Select a town to see the list of its job sites where asbestos exposure occurred. Asbestos exposure at any one of the work sites revealed could put a worker at risk to develop mesothelioma cancer.