Mesothelioma patients in Torrance have treatment options available to them in Los Angeles County and other nearby cities. For instance, residents are within driving distance of University of California Los Angeles (UCLA) Medical Center and the West Los Angeles VA Medical Center.

An experienced mesothelioma cancer doctor will be able to discuss and recommend treatment options, which may include surgery, chemotherapy, immunotherapy and/or radiation. The specialist may also research and suggest potential clinical trials that patients can enroll in.

Mesothelioma patients in Torrance have access to several nearby mesothelioma cancer centers in Southern California. These centers offer various mesothelioma treatments, including chemotherapy, immunotherapy, radiation and surgery. In neighboring Los Angeles, patients can find renowned mesothelioma experts at UCLA Medical Center. Military veterans also have the option of seeking expert care at the West Los Angeles VA Medical Center. For patients who qualify for and elect to have surgery, there are world-renowned surgical teams at these facilities. 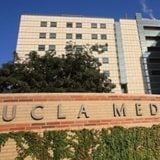 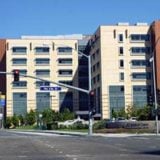 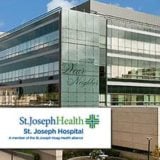 Torrance mesothelioma patients can seek care from nearby doctors who specialize in the cancer. Each case of mesothelioma is unique, and care will depend on a wide range of factors, including age of patient, location, stage of disease and cell type. Mesothelioma doctors will create a personalized plan for each patient. Plans may include conventional treatments, such as chemotherapy. Patients may also be eligible for mesothelioma clinical trials.

Finding a Lawyer or Law Firm in Torrance, California

Asbestos victims in Torrance should speak with an attorney who has experience handling mesothelioma cases. An experienced mesothelioma lawyer will be familiar with defendants, jobsites and asbestos trusts. They will review the details of an individual’s case to determine the best legal option for them.

Individuals who pursue an asbestos lawsuit must file within the appropriate legal deadline. This time frame is called a statute of limitations. Time frames may be different for personal injury or wrongful death lawsuits. The statutes of limitations also vary by state.

Statutes of Limitations for Torrance

04. Asbestos Use in Torrance

Asbestos Use in Torrance, California

The oil industry has been an important part of the Torrance economy since the early 20th century, when asbestos use was prominent. The first oil strike in Torrance occurred at the Del Amo oil field, which is now a residential neighborhood. Throughout the 1920s, Del Amo was one of the most productive oil fields in the Los Angeles area. As oil production waned and real estate development encroached, local government officials ordered the removal of all oil derricks from Torrance. However, major refineries remained and continue to play an important part in the Torrance economy.

For much of the 20th century, asbestos was used extensively in oil refining. Due to the heat-resistant properties of asbestos, it worked well to counter the high temperatures required to refine petroleum into gasoline and other distillates. In a refinery, asbestos was used in many pieces of equipment, including pipes, gaskets and pumps. Refinery workers even wore fireproof clothing woven with asbestos fibers to increase its heat resistance. These tradesmen were exposed to asbestos when cutting through and replacing insulation and gaskets.

In 1927, General Petroleum purchased 900 acres of land in Torrance to build a refining facility to handle the area’s oil output. By the time the refinery became operational in 1929, General Petroleum had become a subsidiary of Standard Oil of New York. Around this time until 1980, asbestos use was popular in oil refineries and other industries.

During World War II, the refinery was retooled and expanded. Its official name was then the Socony-Vacuum Oil Co. In 1955, a merger with Mobil Oil resulted in a name change to Socony-Mobil Oil Co. The refinery later became the Mobil Oil Refinery until a later merger with Exxon.

The Mobil Oil Refinery and Socony-Mobil Oil Co. are included as jobsites with at least a dozen asbestos bankruptcy trusts. Other oil companies, including Shell Oil and General Petroleum Corp., are also jobsite matches for many different trusts.

Asbestos victims who worked at the Mobil Oil Refinery or other oil refineries in Torrance should speak to a lawyer to learn about their legal options.