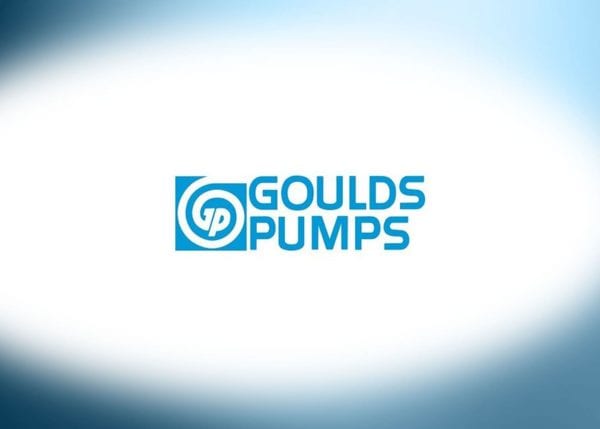 Goulds Pumps began in 1848 when Abel Downs and two partners formed Downs, Mynderse and Co. in Seneca Falls, New York. By the time the company formed, Downs had already been manufacturing wooden pumps for eight years. Downs selected Seabury S. Gould as president of the company at its founding. At the time, Gould was well-known in Seneca Falls for overseeing the casting and assembly of the first all-metal pump.

By 1860, a new plant was constructed in Seneca Falls and the company was officially incorporated in the state of New York. Sales grew to $400,000 that year.

Gould’s role in the company continued to grow, and in 1872, Seabury S. Gould’s son was named his successor. Over the next several years, the company grew to meet the demands of the expanding nation.

The company opened a second plant in Seneca Falls in 1900. Goulds Pumps also introduced new pumps to satisfy needs in the agriculture, ranching, lumber, mining and manufacturing industries. In 1926, the company adopted the name Goulds Pumps.

Increasing demand in the 1940s resulted in Goulds Pumps adding asbestos to its products.

Records indicate the company used asbestos gaskets, packing and insulation in centrifugal pumps from the mid-1940s until 1985.

In 1944, the company received an Army-Navy “E” Award for Excellence in Production of war material and sales rose sharply. After World War II, Goulds Pumps focused on expansion across the United States. The company developed pumps for new industries, including petroleum and water systems. Goulds Pumps continued its use of asbestos parts during this period of growth.

In 1964, Goulds Pumps became a publicly-held company after 116 years of Gould-family ownership. After going public, the company continued to grow and acquired smaller pump companies. It also began to manufacture pumps for oil wells.

Goulds Pumps’ sales increased in the 1970s, and pump companies across the nation raced to keep up with increasing demand. By 1970, the company’s sales reached $48.8 million, and $239 million in 1980. Throughout these years of growth, Goulds Pumps continued to use asbestos parts in its products.

However, stricter regulations of asbestos were implemented in the 1970s and 1980s. By 1985, all Goulds Pumps products were asbestos-free.

Goulds Pumps sells a variety of pumps used within many industries. From the mid-1940s to 1985, many of the company’s pumps contained asbestos parts. Court cases indicate asbestos components were mainly used in centrifugal pumps.

The pumps were made from metal alloy, but contained interior parts made with asbestos. Gaskets, insulation and packing in Goulds’ pumps likely included asbestos.

The asbestos-containing gaskets were used to create a tight seal between parts of the pumps. The company used asbestos packing, a soft, flexible material, to seal the pump and prevent fluid leakage.

Gould Pumps, Inc. products containing asbestos parts included, but are not limited to:

The company’s pumps were used in many industries, including agriculture, oil, energy, paper mills, chemical processing, mining, mineral processing, shipyards and some residential applications. During its asbestos use, Goulds Pumps also supplied asbestos-containing pumps to branches of the military.

The asbestos components in Goulds Pumps products were under immense heat and pressure. When the pumps were disassembled for cleaning or service, the pressure was released, causing airborne asbestos fibers.

Workers that assembled pumps in the company’s plants or those that serviced the pumps post-sale were among the most at risk of occupational asbestos exposure. Machinists and pump operators responsible for replacing parts and refilling packing were most likely to encounter airborne asbestos.

Workers exposed to asbestos by Goulds Pumps may have developed asbestos diseases, like mesothelioma or asbestosis. Goulds Pumps’ parent company, ITT Inc., also owns many manufacturing companies that previously used asbestos and exposed thousands of workers. The company projects its total liability for pending and expected claims to be $849.3 million over the next 10 years.

Have You Been Exposed to Asbestos by Goulds Pumps, Inc.?

Request our free guide to see if you qualify for financial assistance.
Get Help Now

Many claims against Goulds Pumps result in confidential settlements. However, some cases do reach trial.

One such case involved a papermill worker named Elijah Sparkman. From 1954 to 2000, Sparkman worked at Westvaco Pulp and Paper Mill in North Charleston, South Carolina. He held the positions of laborer, boiler operator and evaporator operator during his time at the mill.

Sparkman was later diagnosed with mesothelioma and filed a personal injury claim in 2012. He passed away in October of that year.

Goulds Pumps testified that prior to 1985, it sold centrifugal pumps with asbestos-containing components, including gaskets and stuffing box packing. Initially, the court granted summary judgment.

Upon appeal, new evidence included a 1963 Goulds Pumps bulletin specifying the use of blue African asbestos in the company’s pumps. The summary judgment was overturned, giving the Sparkman family an opportunity to receive compensation.

In another case, Valent Rabovsky was diagnosed with mesothelioma in 2009 after working with Goulds Pumps asbestos products. Rabovsky worked as a millwright from 1951 to 1986 at many power plants around Pennsylvania. His duties included changing gaskets and packing on pumps.

Rabovsky died of his illness in 2012, and his family filed claims against several asbestos companies.

The jury found Goulds Pumps and others guilty in varying degrees.

Goulds Pumps was assigned 13% liability for Rabovsky’s illness and the resulting suffering of his family. The company settled out of court with the Rabovsky family.