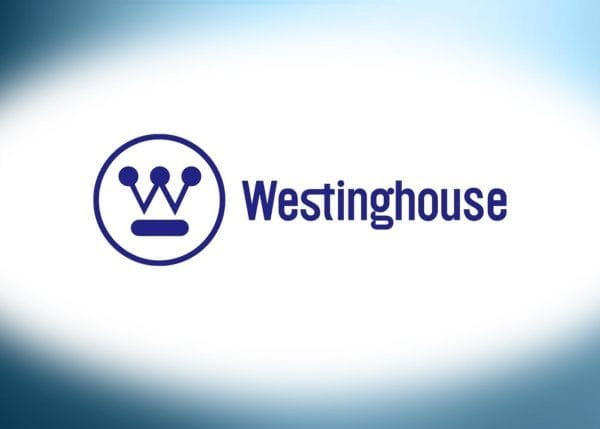 Westinghouse Electric Corporation was founded in 1886 by famous inventor George Westinghouse. The electrical industry was in its infancy during this time, and Westinghouse competed with General Electric to dominate the power-generating industries.

Throughout their history, Westinghouse offered a diverse product line. They manufactured appliances, such as refrigerators and washing machines, as well as electrical wire, gaskets and other materials. From the 1940s – 1980s, Westinghouse’s product offering expanded into the nuclear power industry. By 1966, their profits reached $119.7 million, which was three times higher than just a few years prior. Westinghouse even held contracts with the Navy during this time.

They experienced a boom after World War II, supplying reactors to the nuclear submarine fleet of the U.S. Navy, as well as jet engines for other branches of the military. Many of these engines and reactors and much of the electrical equipment contained asbestos, as it was an inexpensive way to deliver durable, heat-resistant products.

The company employed more than 50,000 workers by 1900 and expanded even more in the following years, thus exposing tens of thousands to asbestos.

Although the company stopped producing asbestos materials across their product lines in the 1980s, workers and consumers were exposed to the mineral during their decades of asbestos use. As a result, many developed asbestos-related diseases at the hands of Westinghouse, eventually bringing personal injury claims against the company. Westinghouse’s extensive asbestos-related lawsuits and legal trouble with their nuclear power plants led to their bankruptcy in 2017. They escaped bankruptcy the following year after being acquired by Brookfield Business Partners, which owns renewable power and other private equities.

Personal injury lawsuits are still being filed against Westinghouse, which still operates within the nuclear power industry, with locations in the United States, Asia, Europe and Africa.

Although Westinghouse Electric Corporation’s influence expanded across various industries, their use of asbestos was centralized within products such as gaskets, sealers, packing for insulation purposes, cables, turbines and wires.

These products were typically used in electrical applications, as well as insulation and sealing for pipes to prevent leaks. Because these products frequently required repairs or maintenance, countless individuals were exposed to Westinghouse asbestos products.

Westinghouse Electric Corporation products that utilized asbestos include, but are not limited to:

Westinghouse’s electrical and sealing products most often impacted occupations such as shipyard workers and electricians. Shipyard workers experienced asbestos exposure while performing repairs on ships, where they would often cut through insulation, gaskets and other asbestos-containing materials. Similarly, electricians and HVAC workers, who frequently handled asbestos-containing wires and cables, were also exposed to dangerous asbestos fibers.

Have a Question About Asbestos Exposure and Westinghouse Electric Corporation?

Westinghouse faced about 3,000 asbestos claims by 1988, when asbestos products were no longer in production. Individuals are still filing claims against Westinghouse today, due to developing asbestos-related diseases like mesothelioma or lung cancer after exposure to their products. If you believe you or a loved one was exposed, learn how a mesothelioma lawyer can help.

In one case, a shipfitter’s family filed a claim, on his behalf, against nine asbestos companies in 2010 after he died of mesothelioma at age 62. Edward Merwitz was employed at the Philadelphia Naval Shipyard from 1965 – 1970, working with asbestos-containing products like gaskets, electric motors, turbines and electrical wire on U.S. Navy ships. Merwitz handled asbestos materials without adequate protection and was not well-informed of the risks.

Merwitz’s family was awarded $7.25 million in damages from Westinghouse and six other companies mentioned in the case.

Westinghouse emerged from bankruptcy in 2018 without having to establish an asbestos trust fund, and they now operate as Westinghouse Nuclear. Because there is no established trust fund, the company pays claims through their profits and insurance funds.