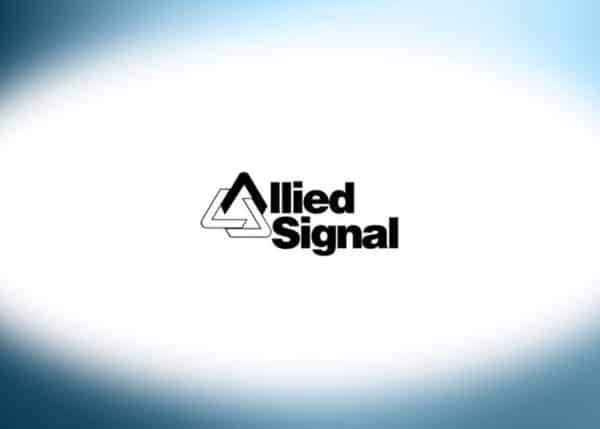 Allied Signal, Inc. began as a chemical company, serving as an international leader of ammonia production in the late 1920s in Hopewell, Virginia. Under the leadership of Dr. William H. Nichols, a chemist and president of General Chemical Company, and Eugene Meyer, a Washington Post publisher and financier, they underwent several mergers, acquisitions and rebrands of the company name.

Throughout their history, the company acquired major companies like Union Texas Natural Gas and Bendix Corporation in 1962, merged with Signal Companies in 1985 and acquired Honeywell in 1999. These mergers and acquisitions helped them to expand to aerospace, automotive and engineered material industries. This also meant the asbestos products they manufactured expanded across these industries.

Asbestos was at peak use in the 1900s, especially in the automotive and aerospace industries. During the time of peak asbestos use, Allied Signal was quickly expanding and acquiring companies in these major industries. Refractory products, typically used in furnaces and kilns as heat-resistant materials, were manufactured by North American Refractories Company (NARCO), which Honeywell owned from 1979 – 1986. Friction products were manufactured by Honeywell’s Bendix friction materials business. These products included automotive brake parts, which were composed of encapsulated chrysotile asbestos.

Aerospace products, such as aircraft lighting systems, adhesives and sealants were also part of their catalog of products. Asbestos was commonly used in these materials, as aircrafts are commonly high-heat areas. When any of these products become worn down or otherwise disturbed, however, their harmful fibers can be inhaled or ingested, leading to mesothelioma or other asbestos-related diseases.

Due to the widespread use of asbestos throughout the 1900s, thousands of workers across several industries were exposed to the hazardous mineral on the job. Factory workers, plant workers and repairmen for vehicles and aircrafts were often exposed to asbestos while manufacturing and working with Allied Signal’s asbestos products. Their families were also put at risk of secondary exposure when workers bring home asbestos fibers on their clothing.

When Allied Signal, Inc. acquired and merged with companies such as NARCO, Bendix and Honeywell, they also adopted their asbestos liabilities in regards to cases of injury and illness with asbestos-containing materials. If you believe you or a loved one was exposed, learn how a mesothelioma lawyer can help.

Today, Honeywell continues to face mesothelioma lawsuits as a result of past exposure from products produced by subsidiaries Allied Signal, NARCO, Bendix and more. In January 2019, the family of Ronald Burlie Thomas was awarded $18.5 million by Honeywell and other companies as a result of asbestos exposure on the job. Thomas was a mechanic who was exposed to asbestos through brake linings manufactured by Bendix, among other asbestos-containing materials.

Thomas was diagnosed with mesothelioma as a result of his exposure. He passed away before the trial ended, but the jury determined the brakes, along with other asbestos-containing parts manufactured by other companies, were a direct cause of his mesothelioma.

Question About Filing a Claim Against Allied Signal, Inc.?

Allied Signal, Inc., who acquired Honeywell in 1999, operates under the North American Refractories Company Asbestos Personal Injury Settlement Trust, as the company was formerly owned by Honeywell from 1979 – 1986. The asbestos trust fund was first introduced in 2005, but it was not put into practice until 2013, when it began accepting asbestos claims. The trust began settling asbestos and mesothelioma lawsuits the following year. The initial funding for the trust was $420 million, a result of combined funds from Honeywell and HarbisonWalker International, the new owner of NARCO.

There is a current 100% payment percentage for settled claims through the trust. The amount paid for claims varies depending on a claimant’s individual case, and estimates often reflect base-level values. Factors such as age, severity of condition, exposure and the law firm’s history with these cases can all impact payout values.