Mesothelioma Lawyers and Doctors in Seattle

Seattle’s early industries included flour and lumber manufacturing, sometimes at the same location. Henry Yesler built the city’s first steam-powered sawmill in 1852, adding a flour mill in 1864. Yesler also established a wharf, a cookhouse and a municipal water system, and served two terms as mayor. By 1880, several more flour mills were active in the city, including the Woodard Mill and Watson and Olds Flour Company. The Aircraft Plywood Company was organized in 1929, and produced much of the fir plywood used by the Fisher Body Plant in its automobiles. Aircraft Plywood merged with U.S. Plywood in 1937. Seattle was hard hit by the labor unrest and economic woes of the Great Depression, but recovered during World War II. The Boeing Company, which operated from 1916-1965, produced bombers for the Navy. Corporate headquarters remained in Seattle until 2001. The 1980s saw an upsurge in biomedical, software and Internet-related companies in the city, helping sustain Seattle’s economic base into the 21st century.

Seattle’s lengthy history of industry and construction makes asbestos exposure an ongoing concern for workers, who may be at risk for asbestos cancer. For your convenience, we have listed mesothelioma cancer centers located in or near Seattle at the bottom of this page. If you were diagnosed with asbestos cancer in Seattle, you may also benefit from seeking the advice of an asbestos attorney.

Asbestos Exposure at Jobsites in Seattle

Workers and residents may have been exposed to asbestos in Washington, leading to an asbestos disease diagnosis. Mesothelioma.com has compiled information obtained from a number of sources to identify the following jobsites in Seattle where asbestos exposure was known to have occurred. These sites are listed below.

If you need help getting an accurate diagnosis or developing a treatment plan, the following mesothelioma doctors and oncologists who practice near Seattle, Washington have the expertise to assist you. More detailed information about each doctor is available by clicking on the appropriate doctor detail link. Details about their background, areas of expertise, professional affiliations and contact information is provided.

Browse through the list of mesothelioma cancer centers below that are within a 100-mile radius of Seattle, Washington. Please click on a cancer center link to obtain more information about the clinical programs offered and how to contact the cancer center. 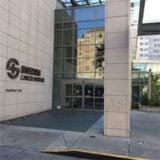 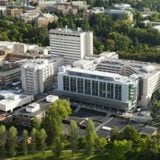 If you were exposed to asbestos at a commercial, residential or military site in Seattle, Washington and have been diagnosed with mesothelioma, you may be entitled to compensation. Don’t lose your right to file a Washington asbestos lawsuit to hold those responsible accountable. You must act quickly and file your claim within the appropriate statute of limitations for the state of Washington.