Mesothelioma and other asbestos-related diseases are often considered diseases of old men. Older men develop asbestos-related illnesses at a higher rate than other groups of people. However, there are many ways in which children and teenagers can be exposed to asbestos. In some cases, asbestos exposure in children can lead to the development of mesothelioma at a young age.

Asbestos is a natural mineral that appears in deposits all over the world. Between 2005 and 2011, the United States Geological Survey (USGS) published a series of reports on the natural occurrence of asbestos throughout the United States.

The reports identified at least 900 asbestos sites throughout the country. Researchers found these occurrences primarily on the eastern seaboard and in western states. Many of these sites contain asbestos deposits that are accessible right from the surface.

These deposits may have contributed to the historical popularity of asbestos mining in the United States. The last U.S. asbestos mine closed in 2002. However, other countries continue to mine and export asbestos.

In fact, several international mining towns were named for the mineral. Two examples are Asbestos, Quebec, in Canada and Asbest, Russia, in the Ural Mountains.

Many of these mining towns have seen an increased number of people who develop mesothelioma due to mining activities. This at-risk population includes children, teenagers and young adults exposed to the mineral at an early age.

One of the many dangers of asbestos is that it clings to clothing. This makes it easy to transfer from one place to another. Individuals who work in mines, shipyards or other high-risk exposure sites may accidentally bring asbestos fibers home. As a result, secondhand exposure can occur without most people noticing. Children of asbestos workers may be at a higher risk of secondhand exposure.

This sort of exposure has even given rise to a particular demographic of mesothelioma patients. Specifically, a number of women have developed mesothelioma at a relatively young age. These women were exposed to asbestos as children. Their family members would come home from industrial jobs wearing clothes riddled with asbestos fibers.

Some of these women have survived the disease, such as Heather Von. St. James. Many of these survivors have gone on to become advocates for banning the use of asbestos and providing support for mesothelioma research and treatment.

Asbestos in Homes and Schools

Historically, asbestos was commonly added to many construction materials. Thus, the life-threatening mineral can be found in buildings in almost every city and town throughout the world.

Common materials asbestos has been added to include:

There are laws regulating the use of asbestos in new construction and renovated buildings. For example, the Asbestos Hazard Emergency Response Act (AHERA) addresses asbestos in schools.

However, there are still many old buildings that have asbestos in them. In fact, many schools and universities still deal with asbestos exposure today. It is unlikely the problem will go away any time soon.

Apart from construction materials, various consumer products also contained asbestos. Some products targeted to children, teens and young adults have tested positive for asbestos. Recently, regulators have found asbestos in children’s crayons and toys. Many of these contaminated children’s items have been pulled from store shelves.

Similarly, the U.S. Food and Drug Administration (FDA) found asbestos in makeup sold in the children’s stores Claire’s and Justice. After this discovery, many advocates called on lawmakers to ban asbestos in children’s makeup.

In the U.S., the vast majority of childhood asbestos exposure occurs through the means above, not occupational exposure. However, in some third world countries and developing nations, the opposite is true. According to a 2011 study published in the Industrial Psychiatry Journal, 96% of child laborers around the world can be found in the developing nations of Africa, Asia and South America.

These countries do not have an asbestos ban, and their laws do not prohibit child labor. These conditions put children at risk of asbestos exposure. Many countries allow children to work in factories, mines or other places where industrial exposure to asbestos is an everyday occurrence.

Children can be employed in occupations such as making bangles, beedis (a type of cigarette made in India), textiles and other manufacturing jobs. Many of these jobs expose children to asbestos. They also risk exposure to other dangerous substances, such as pesticides, mercury, lead and other heavy metals.

Medical research has noted the development of mesothelioma in children since at least the 1960s. Around this time, asbestos was first scientifically linked to the disease.

A 1981 study reviewed 42 cases of mesothelioma in children reported over the previous 30 years. The patients did not report any asbestos exposure. However, given the rampant use of asbestos in construction and everyday products, those children may have been exposed without ever knowing.

Mesothelioma is an aggressive form of cancer. But, there is evidence that mesothelioma can develop even more quickly in children than in older victims.

A 1964 study in the medical journal Cancer noted “the sudden onset of symptoms, rapid development of pain, pleural effusion, and the relentless progression of the disease” in children who had pleural mesothelioma.

Another study in 1980 showed that the latency period for mesothelioma may be significantly shorter for children than for adults. Given the shorter time frame, it may be difficult to detect and diagnose mesothelioma in children before it develops into a late stage.

Children, teenagers and young adults make up a relatively small number of mesothelioma victims. However, this country will continue seeing cases of mesothelioma in children as long as asbestos exists in homes, schools and workplaces. 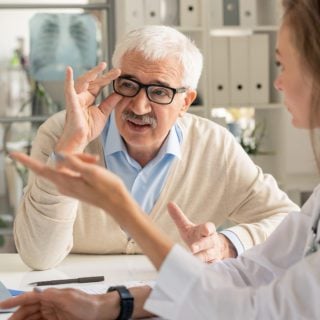 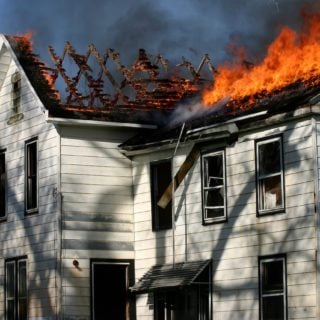