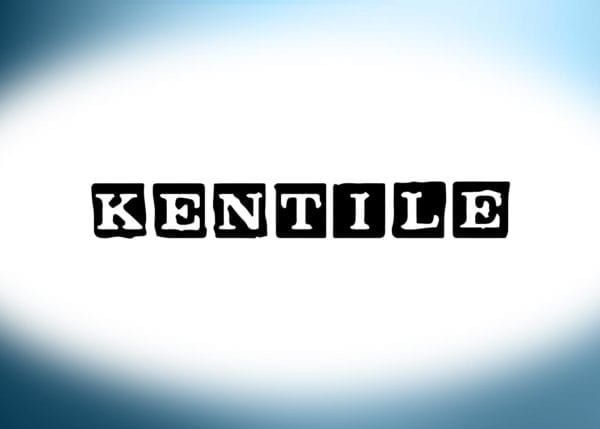 Kentile Floors History of Asbestos Use

Kentile Floors in Brooklyn, New York, was a neighborhood mainstay for many years, with a recognizable neon “Kentile” sign above its flagship factory.

The company began as a small Brooklyn tile company in 1898. Kentile Floors flourished under founder Arthur Kennedy, specializing in vinyl, asphalt and cork floor tiles. In 1949, the company started including asbestos in its tiling and it’s estimated that certain Kentile products contained 25% asbestos.

Following World War II, Kentile experienced a boom, and tile sales skyrocketed. Their asbestos-laden tiles were seen as a cheap and easy flooring alternative, since homeowners could even install the tile themselves. At the time, commercials featured housewives updating their kitchens with Kentile vinyl asbestos tiles. Throughout the 1950s, vinyl asbestos tile was the most popular flooring option for kitchens across the country.

At the company’s peak in the 1960s, Kentile employed more than 400 people. This boom in sales and profitability remained steady throughout the 1970s. Kentile continued to use asbestos until 1986, even as asbestos health concerns became more well known. The company’s asbestos use led to numerous asbestos claims filed against them, and by 1992, Kentile couldn’t handle the costs of litigation.

The company filed for bankruptcy in 1992, and by 1995 it ceased all operations. However, the factories weren’t shuttered for long. Kentile emerged from bankruptcy in 1998 under a new name, Metex Manufacturing Corporation. Metex, however, was still liable for all asbestos claims filed against Kentile.

The new company was once again drowning in asbestos-related lawsuits and was forced to enter bankruptcy, for a second time, on November 9, 2012. As part of the bankruptcy proceedings, Metex formed an asbestos trust fund to pay victims.

Metex is still operational today, though their products do not contain asbestos.

Kentile Floors produced asbestos-containing tile for commercial and residential use. Kentile’s asphalt and vinyl tiling options contained the toxin to increase durability. There are also some reports of inclusion of asbestos in Kentile cork tiling, though that is not confirmed. It’s still recommended that cork tiling be tested for asbestos prior to removal to prevent potential asbestos exposure.

The company began including asbestos in its products in 1949 and continued to use the toxin for more than 30 years. Kentile’s products included asbestos in the whole fiber form or as a powder-filler. The company’s asbestos use ended in 1986.

Kentile products produced between 1986 and 1992, when the company ceased operations, were most likely asbestos-free.

Kentile Floors’ employees may have experienced asbestos exposure when working in Kentile factories, or while installing or repairing the tiling. All those employed by Kentile Floors between 1949 and 1986 may have been exposed to asbestos.

Those not employed by Kentile may also experience occupational asbestos exposure when working with any Kentile asbestos-containing tile. Contracted tile installers or repairmen are among the most at risk of exposure to Kentile Floor products. Construction workers and demolition workers may also be exposed to the asbestos products when working in older homes, schools, military bases or other buildings constructed with Kentile asbestos tiles.

Additionally, many homeowners have been exposed to asbestos through Kentile Floors. The company stressed the ease of installation, which led to many homeowners installing the tile themselves. Exposure may also occur when removing tiles from older homes. In homes built before 1980, tiles should be tested for asbestos prior to removal.

Kentile Floors has faced thousands of asbestos-related lawsuits following their 30-plus years using the toxin. Due to the high cost of these claims, the company was forced to file for bankruptcy in 1992. At the time of filing, Kentile faced more than 20,000 asbestos claims. Kentile was initially paying these asbestos victims through their own funds, with the help of an insurer.

For example, in 2010, a $1.6 million verdict was awarded against Kentile and other asbestos companies, including Pittsburgh Corning and Georgia-Pacific. William and Judy Harrell were awarded the funds after the companies were found negligent in their asbestos use that led to a mesothelioma diagnosis. Kentile was found liable for 6% of the total verdict.

It wasn’t until the company filed for bankruptcy a second time that their plan to form an asbestos trust fund was approved. At the time of the second bankruptcy filing, Kentile faced approximately 6,000 asbestos-related lawsuits.

Questions About Filing a Claim Against Kentile Floors?

The Metex trust pays out a set percentage of each successful claim filed against Kentile Floors. The current base payment percentage is 7.25%, but compensation amounts may increase depending on a variety of factors. Trust operators will consider age, exposure, type of asbestos disease and firm settlement history.

Those who have come in contact with Kentile products should discuss the asbestos-related risks with a medical professional. If diagnosed with an asbestos-related disease, the patient, or their family, may be entitled to compensation.