Mesothelioma patients in Flint, Michigan, can seek treatment from cancer centers in nearby Michigan cities. Detroit, Ann Arbor and Ypsilanti, Michigan, all have treatment centers within 70 miles of Flint.

Although there are no specialized treatment centers in Flint, there are facilities elsewhere in the state. Other Michigan cities with cancer centers include:

These cities offer experienced care from several top hospitals. For example, Rogel Cancer Center at the University of Michigan has a Thoracic Oncology Program that treats mesothelioma. The program also specializes in hyperthermic intraperitoneal chemotherapy (HIPEC). HIPEC is a common treatment for peritoneal mesothelioma that has shown promise in extending survival. 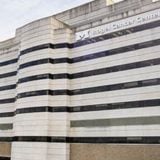 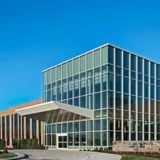 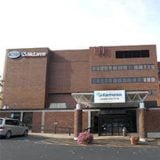 Patients should consider seeking care from a mesothelioma doctor. Mesothelioma specialists best understand what treatment options are available for an individual’s case.

There are several doctors in Michigan with expertise treating mesothelioma.

Workers and residents may have been exposed to asbestos in Michigan, leading to an asbestos disease diagnosis. Flint residents diagnosed with an asbestos illness may be able to seek financial compensation. Experienced mesothelioma lawyers can provide insight into filing an asbestos lawsuit or other financial assistance options.

By filing an asbestos lawsuit, victims may seek compensation from companies or workplaces. In many cases, negligent asbestos companies put workers and consumers at risk of exposure.

School districts, including those in Flint, have been involved in lawsuits against National Gypsum Company. National Gypsum was an asbestos manufacturer that frequently produced construction materials. Materials such as siding and cement were commonly provided to schools. Use of asbestos construction materials in schools puts students, teachers and staff at risk of exposure.

Finding a Lawyer or Law Firm in Flint, Michigan

Mesothelioma law firms in Flint can provide guidance throughout the claims filing process to ensure victims receive the most compensation possible. Law firms that serve the Flint area include:

Statutes of Limitations for Flint

Asbestos victims may receive financial compensation from a successful claim. Compensation may help individuals and their loved ones cover:

Several asbestos victims in Flint have received financial compensation. Examples of claimants include:

04. Asbestos Use in Flint

Asbestos Use in Flint, Michigan

Asbestos was commonly used in construction products throughout Flint buildings. Studies have shown the most common types of asbestos in the city are chrysotile and amosite.

Flint buildings constructed before 1980 are most likely to contain asbestos. As these structures age, asbestos may become worn or damaged. Fibers can then be released into the air and inhaled or ingested. Any amount of asbestos exposure can lead to the development of an asbestos disease, such as pleural mesothelioma.

The city of Flint was established in 1819 and saw the largest population boom in the early 1900s. As a result, many prominent structures in Flint were built before the dangers of asbestos became well-known.

Many of these structures now require renovations or demolition. These large-scale projects may put individuals at risk of asbestos exposure.

Instances of asbestos and historical buildings in Flint include:

The Ramada Inn and Meijer store underwent asbestos abatement before demolitions. These structures were considered landmarks to Flint residents, as Flint is a relatively small city.

Both buildings were located in Flint, across the road from one another. Their demolition was part of a town cleanup effort. Funding was allocated specifically to asbestos remediation.

Officials also recognized the potential of asbestos in the Genesee County Administration Building. To ensure safety during renovations, they hired an asbestos testing company to inspect the structure. The company conducted a survey to identify areas that may contain asbestos.

Professionals found chrysotile and amosite asbestos fibers in many products, including:

The building was constructed in 1969 with cosmetic renovations in 1981. Any materials incorporated in the 1981 renovation were not tested. By this time, the Environmental Protection Agency (EPA) had set asbestos regulations. The testing company assumed the new building materials would contain asbestos alternatives to comply with these regulations.

With a history of dangerous exposure, health officials have expressed the need for a larger focus on asbestos safety. Asbestos in schools is of particular concern.

As schools age, asbestos may pose a risk to custodial workers, administrative staff, educators and students. Many schools in Flint were constructed before the establishment of asbestos regulations. Asbestos was incorporated in ceilings, floors, walls and other building materials.

Asbestos safety measures executed by the school district include:

The Office of the Special Inspector General for the Troubled Asset Relief Program (SIGTARP) has raised concerns about asbestos removal in Michigan. The Genesee County Land Bank Asbestos Removal Program operating in Flint, MI, was of particular concern. The program was involved with school demolitions, including the demolition of Clark Elementary in 2014.

SIGTARP released an audit in 2017 noting its concerns around the Genesee County Land Bank operations. The agency noted a lack of regulations and quality assurance around waste handling and disposal. It was particularly concerned about demolitions in Flint. SIGTARP asserted Flint residents deserved to feel safe, especially after the drinking water crisis.

There are many other schools, buildings and worksites in Flint proven to contain asbestos. One example is General Motors. The automotive company was founded in Flint and used asbestos materials.

Retired Flint GM employees claim furnaces and exhaust stacks pumped hazardous material from within the building into the outdoor air. As a result, nearby workers and residents may have been exposed to asbestos and other carcinogens.