Treatment options have advanced over the past several decades, giving patients several avenues to choose from.

For example, the University of Louisville Brown Cancer Center focuses on immunotherapy and clinical research. Patients may also choose to travel to Indiana for treatment. The Columbus Regional Hospital Cancer Center offers many treatments, including surgery, radiation and chemotherapy. 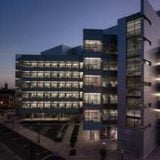 Choosing the right doctor is an important decision for any patient dealing with mesothelioma in Louisville.

Not all oncologists have experience treating asbestos-related diseases. As a result, it is important to choose a doctor who understands the significant differences between pleural mesothelioma, lung cancer and peritoneal mesothelioma.

Doctors in Louisville offer individualized mesothelioma treatment plans that may include radiation, chemotherapy and surgical interventions. Learn more about some of the area’s top oncologists and thoracic surgeons below.

Asbestos disease patients may be entitled to compensation for their asbestos exposure. Compensation can help patients cover their medical bills, pain, suffering and other losses.

Many families have recovered compensation for asbestos injuries that occurred at residential, commercial, industrial and military properties. Mesothelioma claim types include lawsuits and trust fund claims. Claimants may receive compensation through settlements or verdict awards. Louisville mesothelioma lawyers can help patients build a case against the party responsible for their injuries.

Finding a Lawyer or Law Firm in Louisville, Kentucky

If you were exposed to asbestos in Kentucky at a commercial, residential or military site and have been diagnosed with mesothelioma, you may be entitled to compensation. Louisville is home to a number of mesothelioma lawyers and law firms that can handle asbestos claims. National and local law firms can help patients navigate mesothelioma claims.

There are various law firms with experience in Kentucky asbestos litigation.

Individuals impacted by asbestos should consult with a Louisville mesothelioma lawyer to determine compensation options. Experienced lawyers can help patients with local laws, including the statutes of limitations.

Statutes of Limitations for Louisville

Defendants in mesothelioma lawsuits are commonly manufacturers of asbestos products or products designed to protect against extreme fire and heat. A law firm that has experience with asbestos litigation can help claimants win the compensation they deserve.

Successful mesothelioma lawsuits in the Louisville area include:

Jobsites Worked at: Jefferson County Board of Education

04. Asbestos Use in Louisville

Asbestos Use in Louisville, Kentucky

Louisville’s location on the Ohio River and proximity to major rail lines made it an economic and industrial hub.

Asbestos was used in construction products for its heat and chemical resistance. As a result, asbestos products were used in many Louisville schools, apartment buildings and factories.

It was used frequently until regulations were introduced in the 1980s. Asbestos is still used in limited applications today. Many local and federal agencies have regulations to protect residents and ensure residual asbestos materials are handled properly. However, Louisville residents and workers may still be at risk from the mineral.

Louisville asbestos exposure has been linked to many factories in the area. At-risk industries include chemical production, rubber factories, synthetic material manufacturing, electric stations, tobacco companies and other industrial facilities.

Louisville residents who were exposed to asbestos are at risk for developing mesothelioma. Individuals with known exposure should seek a doctor to determine if they have an asbestos disease.