Mesothelioma and Asbestos Exposure in Kentucky 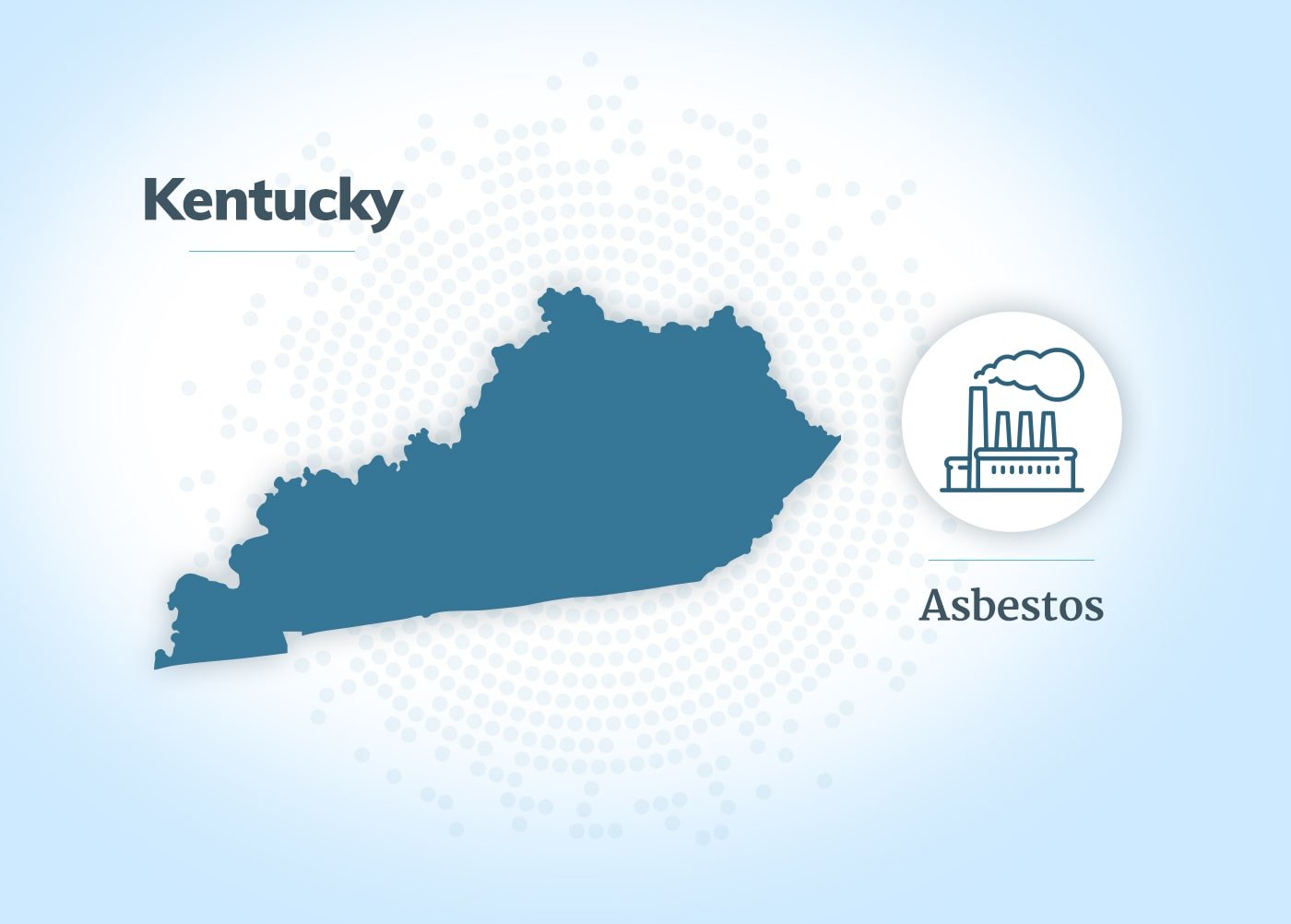 Mesothelioma and Asbestos Statistics in Kentucky

Kentucky does not have any known natural asbestos deposits, but that doesn’t mean exposure wasn’t a threat in the state.

Asbestos Use Across Kentucky Industries

Since Kentucky has no naturally occurring asbestos, that means the majority of exposure occurred in the workplace or as a result of secondhand exposure from workers in these industries.

Louisville Chemical Plant and Alcoa Aluminum relied on crocidolite or “blue asbestos,” which is considered the most lethal kind of asbestos because of its brittle nature. This type of asbestos was perfect for use in chemical plants because of its resistance to highly caustic chemicals.

Military bases, like Fort Knox and Fort Campbell, used asbestos throughout their construction. Veterans on base, as well as any maintenance workers, were all at risk of exposure to the mineral.

Marathon Refinery Kentucky and Somerset Refinery are just two examples of these operations that relied on asbestos. Because the mineral is so durable, it was a go-to material for equipment in oil refineries, thus putting these workers at a high risk of exposure.

Older school buildings throughout the country have problems with asbestos. Kentucky has known asbestos in schools for all age levels, including Ballard Elementary in Jefferson and Carroll County High School in Carrollton. Colleges in the state also have used asbestos in their construction projects. Murray State University has known asbestos throughout many buildings on campus, as well as Eastern Kentucky University.

Machinery that generates power, like boilers, turbines and generators, often contained asbestos materials to help mitigate the risk of fires or combustion. Though asbestos was used to protect the equipment and workers, plants such as the Paradise Power Plant in Western Kentucky put power plant workers at a high risk of exposure.

Questions About Mesothelioma and Asbestos Exposure in Kentucky?

The Environmental Protection Agency put together a priority list of Superfund sites around the country that needed cleanup from a variety of environmental hazards, like asbestos. Kentucky has a number of sites included on the list, and one with asbestos concerns.

The 1,100 acre plant in Hawesville began operations back in 1969 as an aluminum reduction company. The National Southwire Aluminum Company was added to the Superfund List in 1994 after investigations found contaminated groundwater and soil from the plant’s operations and waste disposal. These contaminants including a variety of metals, like aluminum and copper, and other materials like asbestos. In 2011, the EPA finished cleanup efforts for the site and it was removed from the Superfund List. The site will continue to be evaluated every 5 years with ongoing maintenance activities.

Provided below is a list of cities in the state of Kentucky where asbestos use in the workplace is known to have occurred. Click on a city below to see more detailed information about the specific job sites where asbestos exposure occurred.

Workplace asbestos exposure is also a concern if one looks beyond the major cities and towns in Kentucky. Select a town below to see the list of its job sites known to have exposed workers to asbestos. Asbestos exposure at any one of the job sites revealed could have placed a worker at risk to develop mesothelioma cancer and other asbestos-related diseases.