Individuals exposed to asbestos are at risk of developing an asbestos disease. Health risks include asbestosis, lung cancer and malignant mesothelioma.

Due to the small size of East St. Louis, patients may travel to nearby St. Louis, Missouri, for mesothelioma treatment.

Mesothelioma patients should seek care from a cancer center offering specialized treatment. Local hospitals may not have resources dedicated to treating mesothelioma.

For example, the Missouri Baptist Cancer Center offers clinical trials for mesothelioma and other rare tumors. Patients may be able to participate in trials for new and emerging treatments. 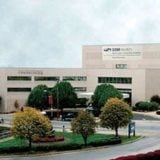 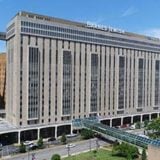 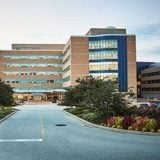 East St. Louis mesothelioma patients can also travel to find a mesothelioma doctor to assist with treatment. Specialists have a deep understanding of the disease and its potential treatment options. They can also help ensure an accurate diagnosis.

East St. Louis mesothelioma patients may be eligible for financial compensation. Asbestos illnesses often develop after wrongful asbestos exposure. Patients may be able to file a mesothelioma claim against the parties responsible for their exposure.

There are several avenues for mesothelioma compensation. These include trust fund claims, lawsuits and settlements. An experienced mesothelioma lawyer can assist patients with choosing the best type of claim for their situation.

If you were exposed to asbestos in Illinois at a commercial, residential or military site and have been diagnosed with mesothelioma, you may be entitled to compensation. East St. Louis residents wishing to file an asbestos claim should contact a mesothelioma law firm. National and local law firms with experience in asbestos litigation can provide clients with insight. For example, states often have different asbestos regulations. These varying state laws make a lawyer with experience an asset for clients.

Law firms with experience in Illinois asbestos lawsuits include:

To be eligible for financial compensation, individuals must file a claim within a certain timeframe. This is known as the statute of limitations.

Claims can provide patients with compensation to cover medical expenses and lost wages. Common defendants include asbestos companies and negligent employers. An experienced mesothelioma lawyer in East St. Louis can help claimants get the compensation they deserve.

Successful claims in the East St. Louis area include:

04. Asbestos Use in East St. Louis

Asbestos was frequently used in construction materials and worksites across East St. Louis. The mineral was incorporated into many products for heat resistance, strength and fireproofing.

East St. Louis faced an economic decline after the wars of the 21st Century. In the 1990s, redevelopment began to improve the city. However, this led to demolitions, renovations and/or expansions of existing structures. These activities may disturb asbestos, potentially leading to harmful exposure.

Asbestos was prominent in industrial settings and affected many trades. For example, contractors, repairmen and other industrial workers may have experienced occupational exposure.

Many other city buildings, homes and businesses may also have contained asbestos.

Asbestos was frequently used in East St. Louis landmarks. Many of these buildings are now aging, causing asbestos exposure concerns.

The Spivey Building is known to contain asbestos. This structure was the first and only skyscraper in East St. Louis. Over time, the structure has begun to crumble and fall apart.

In 2002, a developer decided to renovate the building. During the renovation, asbestos was removed improperly. These actions violated federal asbestos regulations, including the Clean Air Act. Reports found the following issues:

Both of these issues were in direct violation of Environmental Protection Agency (EPA) regulations. As a result, the developer now faces legal repercussions for inadequate asbestos handling and removal.

Due to these events, the development project at the Spivey Building has halted. The building currently sits vacant and continues to deteriorate.

The Broadview Hotel was built in 1927. The hotel is beloved in the city and is on the National Register of Historic Places. Recently, the building served as Southern Illinois University’s East St. Louis Center.

However, reports show building materials in the hotel contain asbestos. As a result, individuals who came in contact with asbestos materials at Broadview Hotel may be at risk of asbestos illnesses. Asbestos at the hotel remains a concern until contaminated materials are completely removed.

City officials have acknowledged the need for asbestos remediation. According to city statements, a plan to facilitate a large abatement project is in progress.