Several loopholes exist in the Environmental Protection Agency’s (EPA) asbestos-reporting rules. Companies can use these loopholes to avoid reporting on their asbestos imports and use of asbestos in products.

A recent court ruling may change this. A judge has instructed the EPA to begin a rulemaking process. This process may result in closing several asbestos-reporting exemptions.

Plaintiffs in the case argued that getting rid of these exemptions will help create a more accurate record of asbestos use in the United States. Better asbestos reporting helps protect people against harmful products that may cause mesothelioma.

The EPA Is Tasked With Regulating Toxic Substances

The EPA’s Chemical Data Reporting (CDR) rule requires companies to report on the importation and use of certain chemicals in products. But, several exemptions exist for asbestos companies.

In 2017, the EPA refused to consider a petition to remove several of these exemptions. In response, several advocacy groups filed a lawsuit to challenge the EPA’s decision.

Before filing a lawsuit, the plaintiffs reached out to the EPA about Occidental Chemical Corporation. The corporation had failed to report the importation of several hundred tons of asbestos products. The EPA stated that the company’s activity fell under an exception to the CDR rule. In response, the advocacy groups sued the EPA.

The advocacy plaintiffs pointed to several, specific exemptions they wished the EPA to repeal:

In response to the lawsuit against them, the EPA argued that removing the reporting loopholes would not result in more accurate data. They said they knew everything they needed to know about asbestos exposure risks. The judge disagreed.

The judge found the EPA in violation of the TSCA. He concluded that the agency had failed to fulfill its obligation under that law. The TSCA requires the EPA to collect all reasonably available information on the risks of asbestos exposure in the United States. He cited a report by the EPA itself that noted a lack of data on asbestos exposure levels among consumers and asbestos workers.

The judge instructed the EPA to engage in rulemaking to address the information gaps created by asbestos-reporting exemptions. He gave the EPA a deadline to publish a proposed rule by December 2021. The EPA missed their deadline and has yet to publish the rule. Once published, the public will be able to comment on the proposed rule. The EPA is scheduled to develop a final rule by December 2022.

Closing asbestos-reporting loopholes will not get rid of the risk of asbestos exposure. Without an asbestos ban, Americans are still at risk of developing mesothelioma. However, closing reporting loopholes will help provide the EPA with accurate information. It can use this information to help inform and protect consumers and workers. Better reporting is a step in the right direction. It is a step toward improving asbestos safety in the United States. 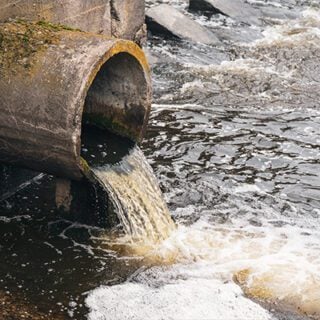