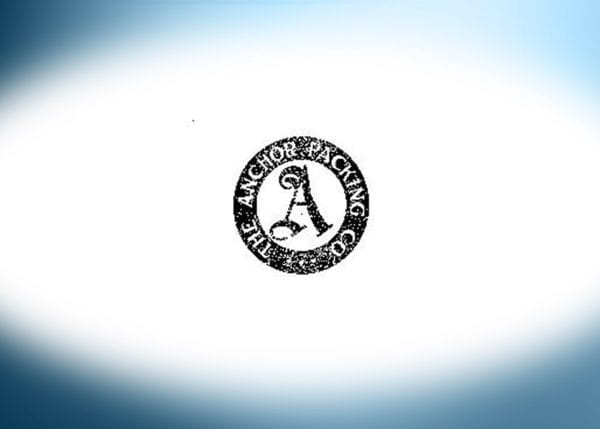 The Anchor Packing Company’s roots date back to the early 1900s. Its Canadian location was established as an associate company of the firm’s American division located in Philadelphia, Pennsylvania. The company first began producing asbestos-containing industrial sealing products as early as 1908, prior to the establishment of the Canadian location. This included anchor packings, which are commonly used in plumbing and heating applications.

The company expanded from 1917 – 1935, increasing their catalog of products to asbestos-containing mitts and gloves, gaskets and brake linings. Asbestos was typically used in these products due to its fireproof capabilities in high-heat environments. Asbestos materials became even more sought-after during World War II, and the company saw another expansion from 1939 – 1945.

The Anchor Packing Company served as an innovator in developing a variety of molded products that were not yet available in Canada during that time, and were able to expand the product line to the United States. Most of their asbestos materials were in production until 1984, including their brake lining and gasket materials.

Anchor Packing Company became a subsidiary of Garlock Sealing Technologies in 1987, three years after the company halted production of their asbestos materials. They continued to operate under Garlock Sealing before discontinuing operations in 1993. Although the company is no longer in operation, they were a major player in manufacturing asbestos products. More than 80 years of producing asbestos-containing materials resulted in thousands of personal injury lawsuits from asbestos exposure that are still ongoing.

Anchor Packing’s most commonly-used asbestos products consisted of brake linings, gaskets and asbestos packing materials. Some of their products were manufactured as early as 1908, which exposed thousands of individuals to asbestos for decades, especially when they were used heavily during wartime. For example, asbestos gaskets and packing materials were commonplace items on naval ships, as components of machinery required heat-resistant properties at a low cost.

The risks of asbestos were well-known by the 1960s, but Anchor Packing continued to manufacture these products for 20 more years, and failed to market their products as hazardous.

Thousands of workers from the United States, Canada and other areas where Anchor Packing products were used may have been exposed to asbestos. Occupational settings like naval shipyards experienced a high rate of exposure to asbestos. During World War II, it was estimated that between 100,000 and 500,000 pounds of asbestos products per month were used in naval shipyards for the construction of new ships. Workers in other industries, such as factory work settings, were also heavily exposed to Anchor’s asbestos products.

By 2010, The Anchor Packing Company and their owner, Garlock Sealing Technologies, received more than 850,000 asbestos claims and paid approximately $387 million in legal costs. They face thousands of lawsuits today, as many workers and consumers were exposed while handling their asbestos materials. If you believe you or a loved one was exposed, learn how a mesothelioma lawyer can help.

In one notable case, a shipyard worker filed a lawsuit against Anchor Packing Company, Owens-Corning Fiberglas and other companies after he developed mesothelioma as a result of exposure to asbestos-containing materials. John Grimshaw worked as a ratesetter and machinist in shipyards from the 1940s – 1970s. He was diagnosed with mesothelioma in 1994 and died the following year, but a video-taped deposition was used in court. The jury decided in favor of Grimshaw’s estate in a wrongful death claim, awarding $1,100,000 from Owens-Corning Fiberglas, Porter Hayden Company and Anchor Packing Company.

The same case also included the wrongful death claim of Patrick McCaffery, a sheet metal worker in a shipyard in the 1970s. He was exposed to asbestos while cutting metal materials aboard these ships. He was diagnosed with mesothelioma in January of 1994 and died in June of the following year. He claimed in a video deposition that his health was good until 1992, but dramatically declined once he began experiencing symptoms of mesothelioma. McCaffery’s family was awarded $3,000,000 in noneconomic damages, and his wife was awarded $1,000,000 for loss of consortium and $2,000,000 in wrongful death damages.

Questions About Filing a Claim Against Anchor Packing Company?

The trust continues to accept and pay claims for the Anchor Packing Company today.