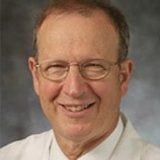 Dr. Cooper has been practicing for decades after receiving his medical degree from Harvard Medical School in 1964, then continuing to complete a residency and fellowship to further his experience.

Dr. Cooper is credited with completing the first successful single-lung transplant in 1983 while working at the University of Toronto. After taking part in the 44th failed attempt at lung transplantation in the late 1970s, Dr. Cooper enlisted the support of his colleagues and a team of international research fellows to conduct a series of experiments aimed at identifying why previous lung transplant surgeries were failing. Dr. Cooper and his team discovered that the immunosuppressant drug prednisone was interfering with the healing process. Dr. Cooper then chose to use omentum and cyclosporin in place of prednisone and with that, he was not only able to achieve a successful lung transplant, but he created a procedure that was reproducible and beneficial to lung patients worldwide for years to come.

Additionally, Dr. Cooper is responsible for directing the first successful double-lung transplants in 1986 and 1987. Throughout his career, he has completed extensive research and numerous studies in the areas of lung volume reduction surgery, lung transplantation and lung ventilation.