Many cases of malignant mesothelioma have been recorded in Mobile, Alabama. Mesothelioma patients often seek treatment from specialized doctors and cancer centers. Although options are limited in Mobile, patients can seek care in Birmingham, Alabama.

Mesothelioma cancer centers provide patients with top care for their unique situation. In Mobile, mesothelioma patients can seek treatment from the nearby Kirklin Clinic of the University of Alabama Hospital. The facility is a nationally recognized treatment center. The hospital conducts extensive research to develop improved diagnostic tools and treatment options for mesothelioma. 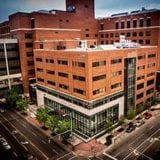 The Kirklin Clinic of University of Alabama (UAB) Hospital

Mobile mesothelioma patients have access to doctors who specialize in the cancer. An experienced mesothelioma doctor will help patients understand all of their treatment options. Specialists offer expert care to meet a patient’s unique needs and specific diagnosis. Mesothelioma doctors will develop personalized treatment plans. For instance, they may recommend thoracic surgery for patients with pleural mesothelioma.

Individuals diagnosed with mesothelioma in Mobile may be able to file an asbestos lawsuit. Many lawsuits originating from Mobile involve shipbuilders. Shipbuilding lawsuits typically target manufacturers of asbestos products used on ships.

Navy veterans who utilized the docks and shipyards in Mobile may be eligible for veteran benefits claims if diagnosed with an asbestos illness. Mobile residents impacted by other exposure sites may also be eligible to file a lawsuit for compensation.

Finding a Lawyer or Law Firm in Mobile, Alabama

Asbestos victims and family members should consult with an asbestos law firm to learn about their filing options. An asbestos attorney may help individuals understand all their legal options in Alabama. Victims may also be eligible to file lawsuits in other states, depending on various factors.

Asbestos lawyers also ensure deadlines are met for plaintiffs to qualify for the most compensation possible. Asbestos victims and loved ones must file a lawsuit within a certain amount of time to ensure eligibility. Deadlines may differ for personal injury lawsuits and wrongful death lawsuits.

Statutes of Limitations for Mobile

Many Mobile residents have filed successful asbestos lawsuits. Successful lawsuits may result in a mesothelioma settlement or verdict. This compensation can help asbestos victims pay for expenses related to their diagnosis.

Examples of clients served in the greater Mobile area include:

04. Asbestos Use in Mobile

Asbestos Use in Mobile, Alabama

Asbestos use in Mobile, Alabama, occurred between 1930 and 1980. High levels of Alabama asbestos exposure occurred from the 1960s to the early 1980s.

In Mobile, asbestos was primarily used on ships. Asbestos products were also present in paper mills, cotton mills, military bases and other jobsites.

Chrysotile, amosite and crocidolite asbestos are the most common types of asbestos used in Mobile. If asbestos-containing materials face damage or wear and tear, asbestos fibers become airborne. Airborne fibers can then be inhaled or ingested, leading to harmful health effects.

Ship production was a large industry in Mobile, Alabama, that relied on asbestos. The coastal city was known for military shipbuilding during World War I and World War II. Historians note shipbuilding was crucial to Mobile’s economy throughout the world wars.

Shipbuilding and ship maintenance employed many in Mobile. Trades within the industry include:

Individuals working in any of these trades could have been exposed to asbestos. Ships, shipyards and docks incorporated various asbestos products. If exposed, workers risk asbestosis, lung cancer, mesothelioma and other asbestos illnesses.

In addition to shipyard workers, Navy veterans also risked exposure from ships and shipyards in Mobile. Asbestos was used throughout living quarters, mess halls and other areas of the ships. Some veterans report asbestos dust falling from ship ceilings during battle.

One of the most well-known shipyards in the country was the Alabama Dry Dock and Shipbuilding Company (ADDSCO), located in Mobile. ADDSCO became Alabama’s largest employer. It was also one of the largest employers in the southern United States.

Many ADDSCO employees faced the risk of asbestos exposure. These exposures may have occurred when workers built, repaired and refitted vessels. Ships were often refitted instead of constructing new builds with safer asbestos alternatives.

Several ADDSCO employees have filed lawsuits against asbestos manufacturers, including Johns-Manville. These manufacturers produced the materials that led to exposure. Many instances of exposure occurred during and immediately after World War II. During this time, asbestos products were torn out and replaced, which could release large amounts of asbestos fibers into the air.

The USS Alabama and Asbestos

Many battleships were later retired and scrapped. However, residents of Alabama pushed for USS Alabama’s preservation. In 1965, the battleship was anchored in Mobile and opened to the public, creating the USS Alabama Battleship Memorial Park.