Mesothelioma and Asbestos Exposure in Nevada 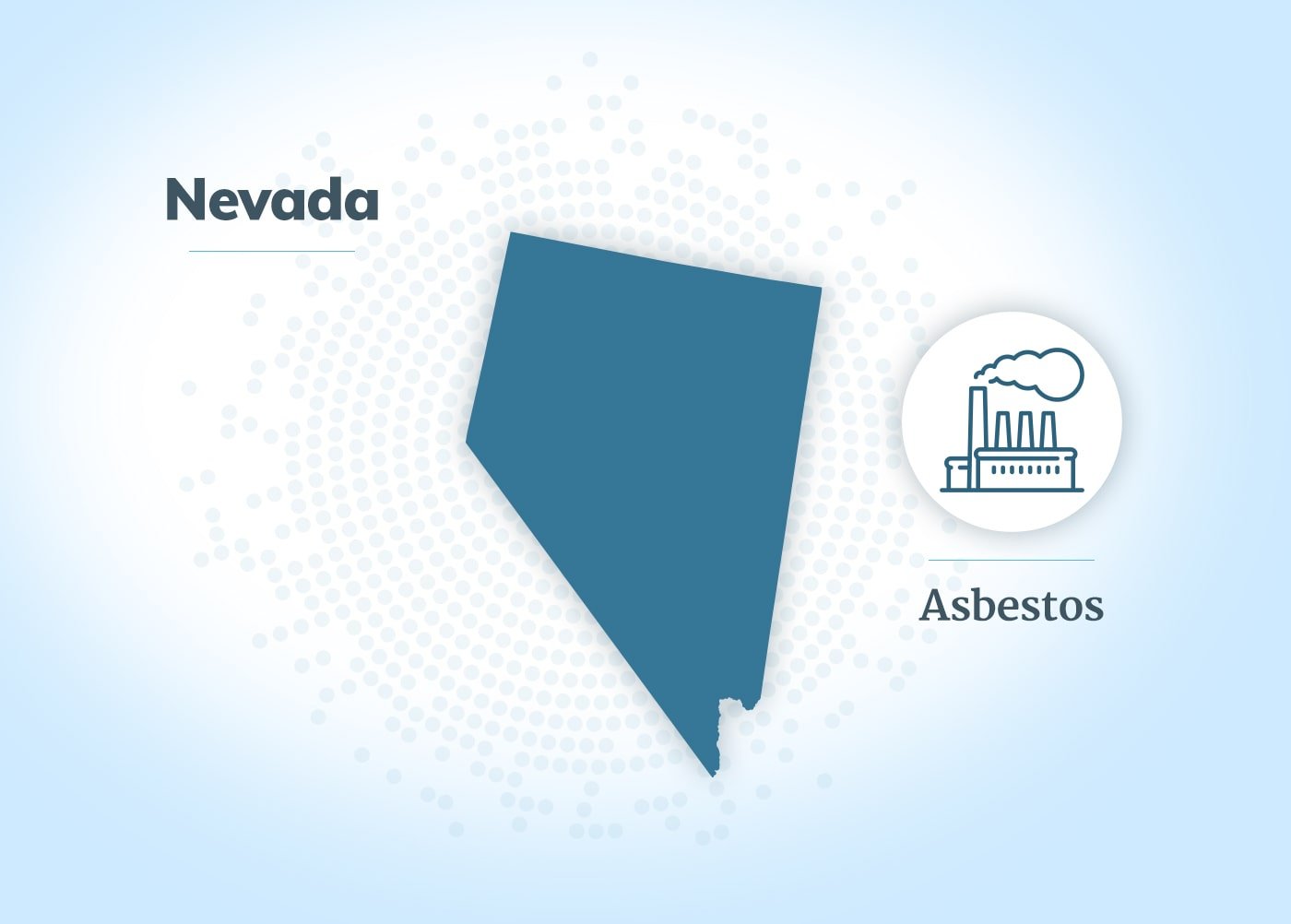 Asbestos and Mesothelioma Statistics in Nevada

Most people in Nevada live in and around Las Vegas, though there are are several smaller cities, including Reno and the Carson City, the state capital.

Asbestos Use Across Nevada Industries

Nevada is mostly known for the casinos and entertainments found in Las Vegas and Reno; however, a number of other industries in the state are responsible for exposing workers, residents, and visitors to the danger of asbestos.

Las Vegas has been built and rebuilt time again, and the churning nature of the city has exposed many people to the dangers of asbestos over the decades as buildings have been erected, renovated, and demolished. The city’s extensive history of construction and redevelopment make asbestos exposure an ongoing concern for construction workers and their loved ones, as well as the city’s millions of tourists who visit annually. Some of the Las Vegas attractions and resorts that have been known to contain asbestos include the Hilton Hotel, the MGM Grand Hotel, the Stardust Hotel Casino, and Caesars Palace.

With so many visitors to the state each year, transportation has always been a major concern for Nevada. As a vacation destination, Las Vegas also became a sort of transportation hub, with railroads like the San Pedro, Los Angeles and Salt Lake Railroad Company and the Union Pacific Railroad Company providing transport services to the city. Asbestos was used in a number of applications, such as brakes, gaskets, and insulation around the engines.

Large power supplies are needed for Las Vegas itself, with other Nevada cities having their own power requirements as well. Given the use of asbestos in many power plants to prevent fires and insulate electrical wires and conduits, many people who worked at the power-generating facilities were exposed to the deadly material. Some of the locations known to have exposures include Desert Peak Power Plant, Empire Farms Power Plant, the Nevada Power Company, and Harry Allen Power Station.

After Las Vegas entertainment, Nevada is perhaps most well known as the home state of Area 51, a super-secret military installation located on part of the Nevada Test and Training Range. While Area 51 might not contain any alien aircraft, it almost certainly has seen its fair share of asbestos over the years, as have other military bases located in Nevada, including Nellis Air Force Base near Las Vegas, Stead Air Force Base near Reno, and Laughlin Air Force Base. Veterans who formerly served at these or other military installations in Nevada may have a higher risk of developing mesothelioma than the average person.

Questions About Mesothelioma and Asbestos Exposure in Nevada?

Workplace asbestos exposure is also a concern if one looks beyond the major cities and towns in Nevada. Select a town below to see the list of its job sites known to have exposed workers to asbestos. Asbestos exposure at any one of the job sites revealed could have placed a worker at risk to develop mesothelioma cancer and other asbestos-related diseases.