Mesothelioma patients in the San Francisco area can seek treatment locally. Cancer centers with experienced mesothelioma doctors are located in San Francisco, Stanford and other cities throughout the state. For instance, patients may seek care at the University of California San Francisco (UCSF) at Mount Zion. UCSF is consistently ranked as a top hospital in the nation by U.S. News & World Report.

Doctors at UCSF at Mount Zion and other local cancer centers have experience treating different types of mesothelioma. These health care providers will develop comprehensive, personalized treatment plans for patients that could potentially extend life expectancy with mesothelioma.

There are numerous mesothelioma treatment centers in or around San Francisco. For instance, the Helen Diller Family Comprehensive Cancer Center at UCSF at Mount Zion provides its patients with a range of treatment options. Doctors here specialize in surgery, chemotherapy and other therapies for mesothelioma. 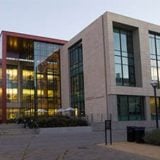 People who have been diagnosed with mesothelioma should seek advice from a specialist as soon as possible. There are numerous mesothelioma specialists and knowledgeable oncologists in the San Francisco area.

San Francisco residents affected by mesothelioma or other asbestos-related diseases may be eligible for compensation. Many residents have filed successful mesothelioma lawsuits against companies that wrongfully caused asbestos exposure. Compensation for mesothelioma can help patients and their families recover lost income, pay for medical expenses and more.

Finding a Lawyer or Law Firm in San Francisco, California

Mesothelioma law firms can help asbestos victims in the San Francisco area. Victims and their loved ones should contact a knowledgeable asbestos attorney as soon as possible. If you were exposed to asbestos in California at a commercial, residential or military site and have been diagnosed with mesothelioma, you may be entitled to compensation.

Experienced lawyers who specialize in mesothelioma can help victims understand their legal options. These asbestos attorneys can also handle the entire legal process, including gathering needed documentation and filing the lawsuit.

Every state has its own statutes of limitations for filing mesothelioma lawsuits. In San Francisco, patients or their surviving loved ones have 12 months to file a lawsuit. A lawyer experienced with California asbestos litigation can help ensure victims file within the timeline.

Statutes of Limitations for San Francisco

Victims should speak to an experienced mesothelioma lawyer who understands state and local laws, including the statutes of limitations. They can also identify the best state in which to file a lawsuit. For instance, a victim may be eligible to file in another state based on where exposure occurred. An asbestos attorney can also help explain if a victim has other options for compensation.

Examples of clients served in the San Francisco area include:

04. Asbestos Use in San Francisco

Asbestos Use in San Francisco, California

San Francisco residents and workers have faced asbestos exposure at various jobsites, buildings, schools and in their homes. The widespread use of asbestos in industries such as shipbuilding, manufacturing and construction in the city puts many at risk.

Industrial exposure to asbestos continues to occur in San Francisco. Past litigation has focused on several negligent companies using asbestos in the San Francisco Bay area, including Bethlehem Steel Shipyard and the former John D. Hoff Asbestos Company Mine.

This and other asbestos exposure sites in the city continue to put residents at risk of developing asbestos illnesses.

Veterans and contractors who worked at the Hunters Point Naval Shipyard or the on-site Naval Radiological Defense Laboratory (NRDL) continue to be at risk of developing mesothelioma and other asbestos-related health conditions.

Active from 1869 until 1974, Hunters Point Naval Shipyard is now an Environmental Protection Agency (EPA) Superfund site. These contaminated sites are designated for cleanup when they pose an unsafe health risk to the public and/or environment.

Activities at Hunters Point Naval Shipyard, including research conducted by the NRDL, contaminated the soil and the surrounding groundwater with dangerous chemicals. In addition, the soil at the site contains high levels of naturally occurring asbestos.

The U.S. EPA, the California EPA and the U.S. Navy have been working with one another to clean up the site for several decades. Asbestos-contaminated soil has been removed. In areas where removal hasn’t been possible, such as in shoreline or upland areas, workers have installed soil covers and implemented groundwater treatment programs to contain the mineral.

Veterans and contractors who worked at Hunters Point Naval Shipyard, the NRDL or anywhere on site until the mid-1970s are potentially at risk of developing mesothelioma. Shipyard workers, Navy personnel, scientists, technicians and other workers may have come into contact with asbestos dust. Additionally, any old asbestos materials at the site may continue to pose an exposure risk.