So many people still believe asbestos is a thing of the past. It was used in construction and various products for centuries, and countless individuals believe now that its dangers are known, the toxin has been banned. Sadly, that couldn’t be further from the truth. Not only is asbestos still being used in approximately 70% of the world, but some countries still rely heavily on the import and export of the mineral.

While the United States thankfully doesn’t have a booming asbestos market these days, it’s still actively being used in a few industries. The mineral isn’t banned and can be used in certain new products as long as its presence is only up to one percent. Along with these current uses, it can still be found in natural deposits and thousands of buildings and homes throughout the country.

More countries are joining the efforts to reach a global ban and help eliminate the health risks like mesothelioma that asbestos can cause. However, there is still a long way to go, especially in the face of countries like Russia with a booming asbestos industry.

Asbestos Use in the U.S.

Though asbestos is nowhere near as important in the United States as it once was, it’s still actively being used. Many people consider the main concern with asbestos to be its past, hidden in the construction of old buildings that made use of a variety of asbestos products. While these legacy uses are a great threat to the public’s health, asbestos is still being imported into the country for several uses.

In June, the Environmental Protection Agency (EPA) released a first look into their investigation of the first ten chemicals being evaluated for unreasonable risk to public and environmental health, including asbestos. The EPA was given the authority to conduct risk evaluations of ten chemicals and more each year after the signing of the Frank R. Lautenberg Chemical Safety for the 21st Century Act in 2016. Though it could still take years to potentially ban any of these chemicals on the list, it’s a step in the right direction for a ban.

In this initial scoping document, we learned that about 340 metric tons (749,572 pounds) of raw chrysotile asbestos had been imported in 2016. The asbestos was imported primarily from Brazil, which the United States Geological Survey (USGS) notes has been the main source for the U.S. since 2012 as well. However, the amount imported has dropped significantly since then. In 2012, the USGS estimated an import of 1,610 tons, which decreased to about 772 tons the following year. At its peak use back in 1973, the United States consumed 803,000 tons of asbestos.

Today, the imported asbestos is primarily used for the chlor-alkali industry in the creation of semi-permeable diaphragms. The EPA also noted a current known use of asbestos in the creation of sheet gaskets for the chemical industry. Researchers at the USGS, however, expect the industry’s asbestos use to continue to decline as more consumers seek out non-asbestos diaphragms and products instead.

Asbestos Trade Around the World

There are only about 60 countries so far that have banned the toxin, with a few others like Canada expected to make a full ban in the not-so-distant future. But there are still several big players in the world who have a growing asbestos market that doesn’t appear to be slowing down anytime soon.

Asbestos was once considered a miracle mineral in the United States, and remains to be in Russia. The country even has a city called Asbest, which is Russian for asbestos. Residents have described layers of asbestos dust throughout the city and in their homes. Despite its dangers, asbestos is the city’s pride and drives their economy.

After Russia, the asbestos industry has been steadily growing in China and India. From 2007 to 2015, China’s exports increased by over 39% each year and India’s grew by nearly 8% each year. These two countries along with Brazil and Kazakhstan made up the remaining 44% of asbestos exports for 2015.

At the most recent estimates, reports show Russia produced over 1 million metric tons of asbestos in 2014, while China produced 400,000 tons that year. India only produced an estimated 270 tons, but imported nearly 380,000 tons of the mineral. The other leading countries, Brazil and Kazakhstan, produced 284,000 tons and 240,000 tons, respectively.

Hoping for a Global Ban

The thousands of tons of asbestos being consumed and produced by these countries, as well as the increasing worth of the trade, highlights the difficult road ahead for ever reaching a global ban on the toxin. Asbestos is an important good for these and many other countries around the world, and the market is alarmingly growing each year.

Researchers estimate at least 107,000 people die from asbestos-related diseases around the world each year. Another estimated 125 million people are exposed to asbestos at work each year and face the risk of these deadly diseases. Unfortunately, these dangers are overlooked or simply unknown by so many people. Without a ban, many more lives are at stake.

Despite the uphill battle, advocates around the world are working hard to make a difference. Thankfully, the number of countries banning the toxin is slowly growing, with countries like Canada and Taiwan expected to make a full ban by 2020. Hopefully, with more awareness and the continued efforts of these advocates and agencies, the slow and steady progress will pick up the pace and put an end to this deadly industry. 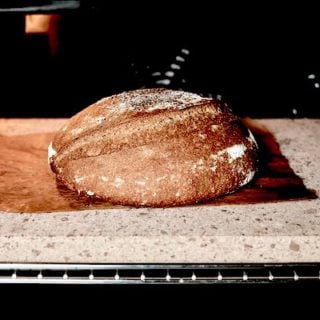 Why You Should Avoid Julia Child’s Killer 1970s Bread Recipe 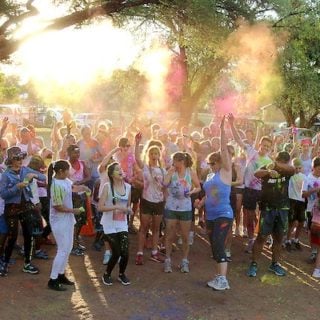