With any cancer diagnosis, patients play a game of statistics. Upon the initial diagnosis and through treatment, they hear about survival rate and their chance of beating these odds. When Stephen Jay Gould, a revolutionary evolutionary biologist and paleontologist, was diagnosed with peritoneal mesothelioma, he learned the median survival was just 8 months after diagnosis.

At his very core, Gould was a researcher and loved statistics. After poring over the most recent medical journals and studies, he found relief in these numbers. Though the median survival was shockingly short, he realized the odds were in his favor to fall on the other side of the median and potentially live for years.

Gould went on to have a prolific scientific career, living 20 years after his initial diagnosis. He taught at Harvard University and New York University. Along with colleague Niles Eldredge, Gould developed his theory of punctuated equilibrium, meaning evolution has long periods of stability with punctuated periods of change and development. He also became well known publicly for his 300 articles on various subjects in a column for Natural History magazine, as well as his books and various television appearances including The Simpsons in 1997.

In 2000, the Library of Congress named him a Living Legend for his activism and contributions to evolutionary biology. In addition to his major scientific contributions, Gould became a beacon of hope for mesothelioma patients and other cancer patients that they could beat the odds with the proper attitude.

Mesothelioma is a rare cancer caused by exposure to asbestos. Asbestos is a mineral that was widely used for centuries because of its fire resistance and durability. The mineral could be found in everything from construction materials like roofing shingles to protective clothing and automotive parts. If any of these materials become damaged, the dangerous asbestos fibers can easily be inhaled or ingested.

Gould was first exposed to asbestos through his work in the Museum of Comparative Zoology (MCZ) at Harvard. It’s believed Gould came into contact with the toxin from researching specimens in the MCZ basement. The cabinets that held the specimens were protected with an asbestos lining.

After exposure to asbestos, it can take 20 – 50 years for symptoms to appear. The asbestos fibers first become lodged in the linings of the lungs, abdomen, or heart. Because they’re so durable, the body can’t effectively expel the toxin, and over time the fibers cause scarring that eventually forms into tumors.

Gould was diagnosed in July 1982. He underwent an experimental mesothelioma treatment plan for the time, which entailed a combination of multiple surgeries, chemotherapy, and radiation. The chemotherapy was especially difficult to handle. To cope with the nausea, Gould sought relief with medical marijuana and became an advocate for its use. He believed the marijuana helped him fight his cancer with a positive attitude, which in turn helped him become a survivor.

During his two-year recovery from treatment, Gould authored an important article for Discover magazine called “The Median Isn’t the Message.” Gould recounted his moments reviving from surgery and asking his oncologist about the best technical literature on his disease. Despite her usual frank nature, his doctor insisted there was really nothing worth reading.

But as soon as he was well enough, Gould went directly to the Harvard medical library and pulled all the literature he could on peritoneal mesothelioma. He quickly realized his oncologist was trying to offer “humane advice” and spare him the brutal reality. Mesothelioma is not a curable disease and has a rather grim prognosis regardless of the type.

After sitting in shock for a moment, Gould couldn’t help but smile. Though his research gave him harsh news, Gould realized attitude was everything in fighting cancer. Gould believed most people without any training in statistics would interpret the data as “I will die in 8 months.” But Gould recognized the median actually told him half the patients would live longer than that, and he simply had to determine his odds of doing so.

The combination of early detection, his age, and the less conventional treatment methods he underwent suggested to Gould that he would be on the right side of the median and could surely live beyond the grave odds.

Gould also realized much of the data concerned patients from years before him. He thought in the field of oncology, patients could surely count on continued research and more advanced treatment methods emerging over time to hopefully continue improving these statistics.

Gould survived mesothelioma for 20 years, thirty times longer than the median suggested. There are relatively few long-term mesothelioma survivors because of the aggressive nature of the disease. Gould’s survival, as well as his uplifting article penned shortly after he began treatment, remain a source of hope for mesothelioma patients today.

Unfortunately, Gould would later succumb to another unrelated cancer. In 2002, he was diagnosed with metastatic adenocarcinoma in his lungs that had spread to his brain, liver and spleen. He died just 10 weeks later in his apartment surrounded by his loved ones and favorite literature.

Though he was only 60 years old when he passed, Gould accomplished a lot in his lifetime. He will always be remembered as a revolutionary scientific mind and an inspiration for many cancer patients. 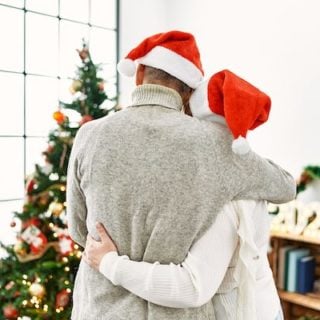 How to Help a Loved One With Cancer This Holiday Season 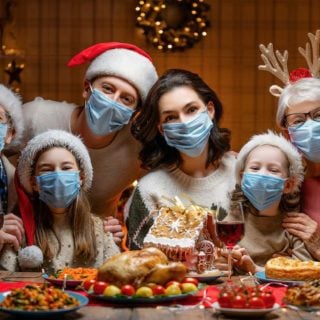 Navigating Pandemic Holidays During or After Mesothelioma Treatment