Asbestos use in Bloomington, Illinois, began in the early 1900s as new manufacturing ventures developed. Industrial, transportation/automotive and construction industries grew and employed many throughout the city. Within these occupations, asbestos was frequently used for fireproofing, insulating and strengthening various materials. Two of the most common types of asbestos seen in Illinois are chrysotile and vermiculite.

The Union Asbestos and Rubber Company (UNARCO) is one of the most notable companies in Bloomington that heavily used asbestos. UNARCO manufactured and distributed asbestos insulation products and textiles from the 1940s to the 1980s. Much of the raw asbestos UNARCO used was supplied by Johns-Manville, one of the top asbestos manufacturers in the country.

UNARCO was purchased by Owens-Corning in 1970. Owens-Corning conducted a survey analyzing the workplace conditions at the Bloomington plant prior to their acquisition. Employees stated asbestos dust was in the air, covering surfaces and visible on their clothing and in their hair.

The 1970 industrial hygiene survey found UNARCO failed to do the following:

Their Bloomington plant closed in 1972, after exposing many workers to asbestos. Former UNARCO employees claim they had yearly chest X-rays. If evidence of lung disease was found, employees were let go.

UNARCO is one of many sites in Bloomington, Illinois, that has exposed residents and workers to asbestos. Below is a list of additional asbestos exposure locations.

The Centers for Disease Control and Prevention (CDC) gathers statistics for mesothelioma-related deaths and diagnoses by county. Statistics can help provide insight into how mesothelioma affects different areas of the United States.

Patients in Bloomington, Illinois, are likely to seek mesothelioma treatment in other areas of the state with larger cancer centers specialized in treating the disease. In many instances, patients and their loved ones choose to travel to other areas of the United States to participate in clinical trials and specialized programs. 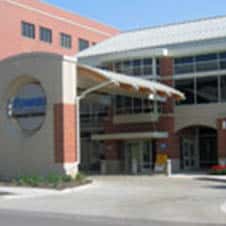 Early detection is crucial for mesothelioma patients. One of the best ways to receive an accurate diagnosis is by seeking care from an experienced mesothelioma doctor. 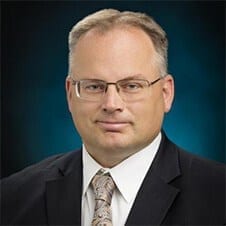 There are asbestos laws and regulations in place across the United States. However, some cities have additional rules. Bloomington, Illinois, does not have city-specific laws but, rather, follows state requirements.

Illinois has a program dedicated to managing the dangers of asbestos. The Illinois Environmental Protection Agency Asbestos Unit enforces asbestos regulations put forth by the National Emission Standards for Hazardous Air Pollutants (NESHAP). These regulations focus on asbestos handling, demolitions, renovation and disposal efforts. Some of the unit’s regulations include submission of a fee and appropriate paperwork within 10 days prior to a project that involves asbestos.

In Bloomington, many asbestos-related lawsuits have been filed. The majority of cases involve UNARCO employees. Claims have also emerged from family members that contracted asbestos illnesses as a result of secondhand exposure. One woman claimed she developed asbestosis after her husband and son brought the mineral home on their clothing when working at UNARCO from 1952 to 1965.

Claimants need to file a claim within a certain amount of time after a mesothelioma-related death or diagnosis. This time frame is referred to as the statute of limitations and varies by state. Patients and their loved ones should work with a mesothelioma law firm. These lawyers have extensive knowledge of legal options and requirements.

Statute of Limitations for Illinois

Claim must be filed within 2 years after an asbestos-related diagnosis.

Claim must be filed within 2 years after an asbestos-related death.

Bloomington, Illinois residents who have faced asbestos exposure may be eligible to file an asbestos lawsuit. UNARCO, in particular, has faced more than 163,000 total asbestos claims and paid out more than $31 million to victims and their families.