Mesothelioma patients in Jacksonville have access to various treatment options in Florida. The state is home to several cancer centers where patients can seek specialized mesothelioma treatment. Mesothelioma doctors and specialists offer conventional treatments including surgery, chemotherapy and radiation. Patients may qualify to participate in clinical trials through mesothelioma cancer centers.

Patients in the Jacksonville area diagnosed with mesothelioma have many treatment options.

Mesothelioma patients from Jacksonville can also seek care locally. For example, some doctors at the nearby Mayo Clinic Florida specialize in treating mesothelioma. 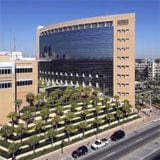 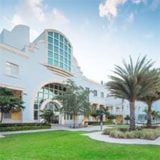 Doctors in Jacksonville have experience caring for mesothelioma patients.

Mesothelioma specialists at cancer centers will develop personalized treatment plans. These plans are best suited for their patients based on diagnosis, stage of disease and other personal factors. Doctors will determine the optimal treatment options based on these factors. They may suggest using surgery, chemotherapy, immunotherapy and other targeted drug therapies.

Mesothelioma victims who reside in or were exposed to asbestos in Jacksonville may have legal options. They may qualify to file a mesothelioma lawsuit in Florida. These victims may be entitled to compensation depending on their exposure and diagnosis.

Nationwide asbestos law firms have experience with handling mesothelioma lawsuits. Their lawyers also file claims through bankruptcy trusts. These law firms can assist victims who have suffered injury due to the negligence of asbestos companies. Mesothelioma victims may be awarded settlements. This compensation can help patients and families recover from medical expenses and lost wages.

It is important to work with a law firm that is knowledgeable about asbestos laws. Lawyers at these firms understand which legal avenue to take when seeking compensation for clients. This will help result in the best settlements for mesothelioma victims.

Finding a Lawyer or Law Firm in Jacksonville, Florida

Individuals from Jacksonville may have been diagnosed with mesothelioma. If diagnosed, patients or their family members should speak with an asbestos attorney. These lawyers have experience with filing mesothelioma cases in Florida.

It’s important to use lawyers from law firms experienced with asbestos litigation. They understand state laws and will help victims secure the compensation they deserve. These lawyers know which defendants and asbestos trusts can be filed against. Filing options will be determined based on where the client’s exposure occurred. Lawyers will also consider information regarding their asbestos-related disease diagnosis.

Mesothelioma victims or their family members may decide to pursue an asbestos lawsuit. They must file one within the legal deadline determined by the state. Each state has a specific timeline for filing wrongful death or personal injury lawsuits.

Experienced mesothelioma lawyers are knowledgeable about these deadlines. They will advise Jacksonville clients on the appropriate claims or lawsuits to file in the state of Florida.

Statutes of Limitations for Jacksonville

Claims must be filed within 4 years after an asbestos-related diagnosis.

Individuals will no longer be able to file a lawsuit in Florida after the relevant statute of limitations has passed. National asbestos law firms will advise victims about legal options for potential compensation, such as different states to file in. Asbestos victims may have had exposure to asbestos in a different state than Florida. As a result, they may have additional legal opportunities based on those state requirements.

Examples of clients served in the greater Jacksonville area include:

04. Asbestos Use in Jacksonville

Asbestos Use in Jacksonville, Florida

Jacksonville is the most populous city in the state of Florida. The shipyard and maritime industries employed many individuals in the city. Thousands of naval and shipyard workers may have been exposed to asbestos on a regular basis. For example, workers often handled asbestos products at the Jacksonville Shipyards.

Asbestos was frequently used in industrial shipyards prior to the 1980s. The mineral was widely used for its properties of heat insulation, fireproofing and tensile strength. This widespread use of asbestos caused workers to develop asbestos-related diseases, including mesothelioma, lung cancer and asbestosis.

Jacksonville Shipyards, Inc. was a shipbuilding operation. It was one of the largest employers in Jacksonville until it closed in 1992. The company grew by acquiring various local shipyards. For example, from World War I until the 1960s, the Gibbs Shipyard produced hundreds of vessels for the United States Navy. In the early 1960s, Gibbs Shipyard, Merrill-Stevens Shipyard and Bellinger Shipyards were all simultaneously acquired and renamed the Jacksonville Shipyards.

Shipyard workers at the Jacksonville Shipyards were often exposed to asbestos-containing products during the construction and repair of vessels. Asbestos products were frequently used in gasket materials, insulation, piping and heat systems. These materials were often present on board ships and in the shipyard.

This exposure to asbestos has caused shipyard and shipbuilding tradesmen to develop asbestos-related illnesses, such as mesothelioma. Many shipyard workers involved in the construction and maintenance of vessels have suffered from malignant mesothelioma and respiratory cancers. This is due to their repeated exposure to asbestos fibers while completing their job duties.