An early-phase clinical trial through the National Cancer Institute found promising results for a new immunotherapy drug, avelumab, in the treatment of unresectable pleural mesothelioma. The study tested the safety and efficacy of the drug on 53 mesothelioma patients who had previously been treated with chemotherapy and seen disease progression.

Researchers have struggled to find a suitable second-line treatment for mesothelioma patients who are not responsive to chemotherapy, which is considered the standard of care. Though in many cases, chemotherapy may be administered as a second-line therapy, research has shown mixed results in the treatment improving life expectancy.

Patients in the trial were given avelumab intravenously every two weeks over the course of two months, on average. Overall, positive results were noted in terms of the anti-tumor activity the treatment provided. Researchers found that 26 patients, or 58%, achieved stable disease from the treatment, meaning the cancer didn’t spread or grow. Patients had a 6-month progression-free survival rate of 38% and a 1-year progression-free survival rate of 17.4% Median overall survival was 10.7 months, with 43.8% of patients surviving for one year or longer.

Researchers also noted treatment side effects were minimal in the study. For most patients, fatigue, chills, and/or fever were the most common side effects reported. Some patients with pre-existing conditions experienced some more severe side effects, like pneumonitis (inflammation of the alveoli in the lungs) and hyperthyroidism.

Overall, the researchers concluded that avelumab showed promise as a second-line treatment for pleural mesothelioma, warranting further study. Patients were able to tolerate the treatment with minimal side effects, as well as experience longer survival. Further study is needed to better understand the efficacy of the treatment, especially in combination with other previous therapies, but researchers are hopeful after these promising results.

Immunotherapy continues to be an exciting area of study for mesothelioma and other cancers. As research continues, mesothelioma doctors and researchers hope these drugs can eventually become FDA approved, allowing them to be widely accessible to patients, rather than those just eligible for specific clinical trials. 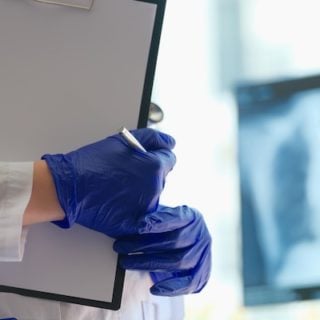